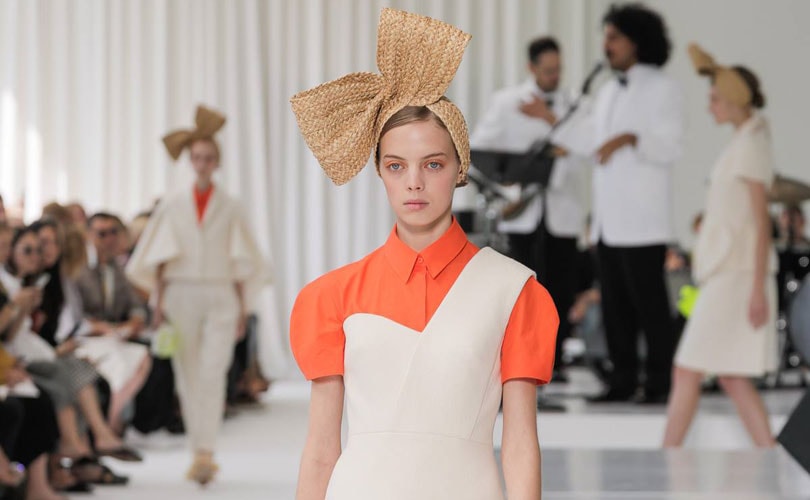 With Fashion Month two months away, designers and brands are already announcing their moves around the fashion calendar. The latest brand to announce a shift is Delpozo. The couture style Spanish luxury label has announced they will present at London Fashion Week starting this February after five years of showing at New York Fashion Week.

The brand is hoping the move will help draw attention to their new London boutique on Sloane Street. The British Fashion Council will make the official announcement of the addition of Delpozo to their calendar this week.

“I thought it was an interesting idea to change environment and London just feels like the city where everything is happening right now,” said Josep Font, Delpozo's creative director, to *Business of Fashion*. “Due to the opening of our London store [last June] and our participation in the recent ‘Balenciaga: Shaping Fashion’ exhibition at the V&A, I've travelled to London often and have felt so at home in this city.”

“Since the brand's relaunch, we wanted to establish Delpozo as a global brand,” added Pedro Trolez, chairman of the brand. “Now felt like the right time for a change and as London is a second home for us — welcoming Delpozo since we opened our flagship last year — it was the perfect choice.”

Font has taken the 41-year-old Spanish luxury label from a historic legacy brand, to a must-have designer label worn by celebrities. It's been a big week of news for the brand, as they announced they'll be doing a capsule collection with Stylebop.com. With their U.S. presence and e-commerce growing stronger, London was the next logical step.