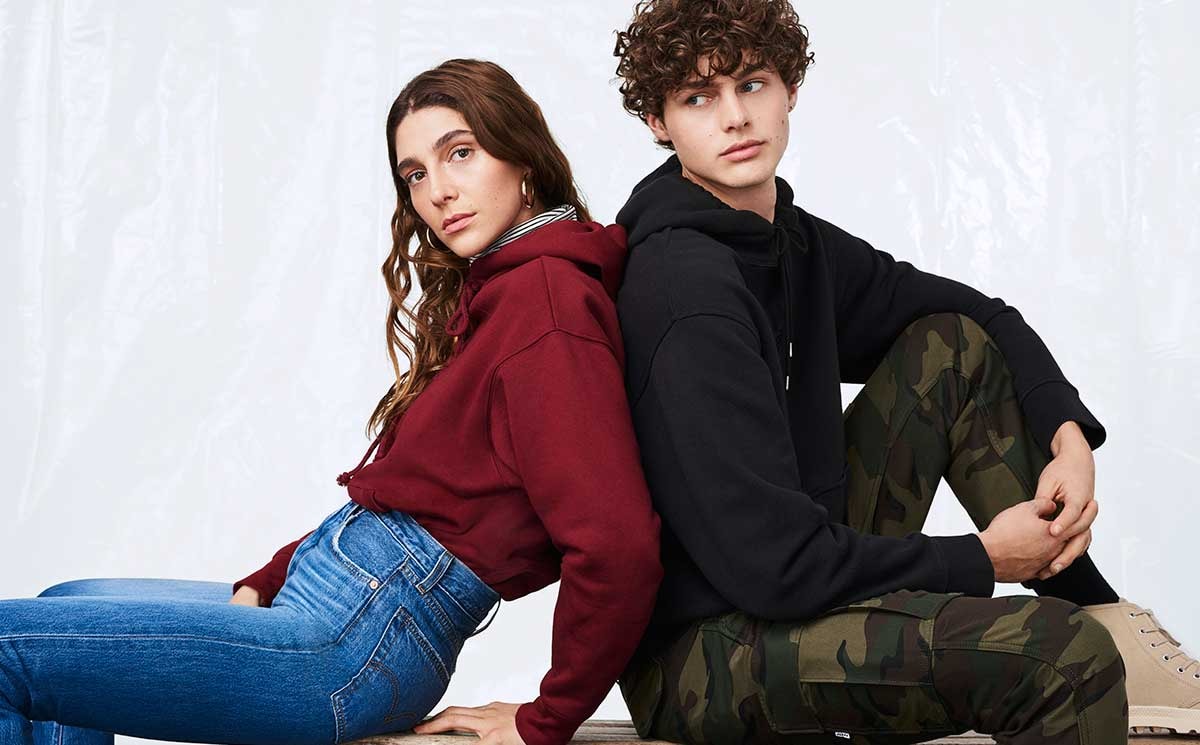 Denim for Dummies (2): Everything you need to know about washing and finishing

Whether you sell jeans or you’re aiming for a career in denim, you should have a better than average knowledge of the material. But there are so many terms! Do you know what they all mean? Here we explain the basics of denim to you. No need for bluffing no more. In Denim for dummies (1): we talked you through selvedge jeans, Japanese denim, indigo and raw denim. We also briefly explained about finishing. Now, we’ll go into more detail. So: everything that happens to denim to change its look and feel. We’re talking about washing and finishing.

The difference between washing and finishing

What’s the difference between washing and finishing denim? Maarten Wentholt, Head Trainer at Denim City in Amsterdam, admits that the terms are sometimes mixed up. Wentholt is responsible for the course ‘Denim 101- Everything you should know about denim, but are afraid to ask’. A course that teaches retail sales employees everything that happens to a pair of jeans before it hits the store floor: the fit, sustainability, dyeing with indigo, washing, finishing and the cost of denim.

He explains: “By washing we mean all ‘wet processes.’ In other words, all washing processes where water is used.”

The term finishing is used for the entire process of beautifying jeans. Both wet and dry techniques. Wentholt: “But it is also used to describe ‘the final finishing processes’ such as adding a fabric softener or a tint for instance to give the jeans a dirty look.”

The whiskers – also known as the moustache or as they are called in Japanese 'hige' – are the horizontal folding lines at the crotch, the thighs and the knees of a pair of jeans, as we can read in the online Denim Dictionary of denim store Tenue de Nîmes. These lines occur as a result of wear after the jeans have been worn many times. “The whiskers and scuffed areas are traditionally created by hand, with brushes, sandpaper and other similar devices. These manual techniques are now often replaced by laser technology,” adds Wentholt. “Sandblasting, which used to be used for this purpose, is banned in most factories nowadays. It may still be used only if the sand is sprayed onto the trousers inside an enclosed compartment to protect employees from developing lung disease.”

In 1982 the New York Times dedicated part of an article to stone-washed denim because at that time, according to the newspaper, this trend was turning the whole denim market upside down. Stone-washing is the oldest treatment for giving jeans a 'worn' appearance. In the seventies, designers were already experimenting with this treatment to make jeans look ‘aged.’ But in the eighties the denim trend was suddenly everywhere and the technique was applied not just to jeans but also to bomber jackets, mini-skirts, blouses and sleeveless jackets.

What in fact is stone-washing? Stone-washing is a technique in which stones are used to make jeans look older, washed out and worn. Wentholt: “This means washing in an industrial washing machine with pumice stones originating from volcanic islands.”

Washing with pumice stones is also referred to as ‘mechanical stone-washing.’ Wentholt explains it in a little more detail: “As a result of the grinding action of the stones in a washing machine which also contains water, the material is scoured open. The stones scour the indigo out of the fibre so that the white core of the thread becomes visible again.”

This technique is still widely used but it is not sustainable. You need about a kilo of pumice stones for one pair of jeans. The jeans need to be washed again afterwards, because of the grit residues that remain after treatment. What is more, the grit also has to be flushed out of the machines, otherwise they would jam. You can imagine how much water this all takes.

Following market pressure and the denim industry's goal to make jeans manufacturing more sustainable, laundries are now replacing pumice stones with eco-stones. These are made of plastic or artificial stones with a rough surface. These stones produce less grit and they can be used for longer, saving a considerable amount of water and power.

One alternative to ‘mechanical stone-washing’ is ‘chemical stone-washing’ which is done using enzymes. It works similar to the human digestive system in which enzymes break down molecules. Because enzymes are organic, this washing method is much less harmful to the environment. “The enzymes that are used have a similar effect to the stones but it takes somewhat longer than washing with stones. However, chemical stone-washing is cleaner since flushing out is reduced and there is scarcely any grit left,” adds Wentholt.

He continues: “Synthetically produced proteins are used to break down part of the indigo. You also see combinations of mechanical stone-washing and chemical stone-washing so as to speed up the process and therefore to use less water and power.”

The latest technique, according to Wentholt, is to replace water with steam in this chemical stone-washing process. “In this way, you use only 5 percent of the water. This E-Flow, Nimbus or Nanobubbles technique will lead to a revolution.”

The Head Trainer at Denim City says that there is also a ‘no-stone’ machine on the market. Because the inside of the machine’s drum feels like sandpaper, jeans automatically acquire a stone-wash effect. That saves water and power.

This is not a treatment. This is the name for frayed jeans. Distressed jeans have undergone excess wear so that not only is the colour of the material changed but the jeans also have scuffs and tears, explains the Denim Dictionary from Tenue de Nîmes. The hems and seams are often also frayed. One phrase that you will frequently come across is ripped jeans. These are jeans with scuffs and tears.

The aim of many of the techniques used in the manufacturing process is to give jeans a ‘used’ look. But the word coating is used to refer to protecting jeans against scuffs and the colour fading and ensuring that they retain that perfect appearance. This process can also give the material a shiny, leathery look.

This story was originally published on FashionUnited.nl before being translated into English