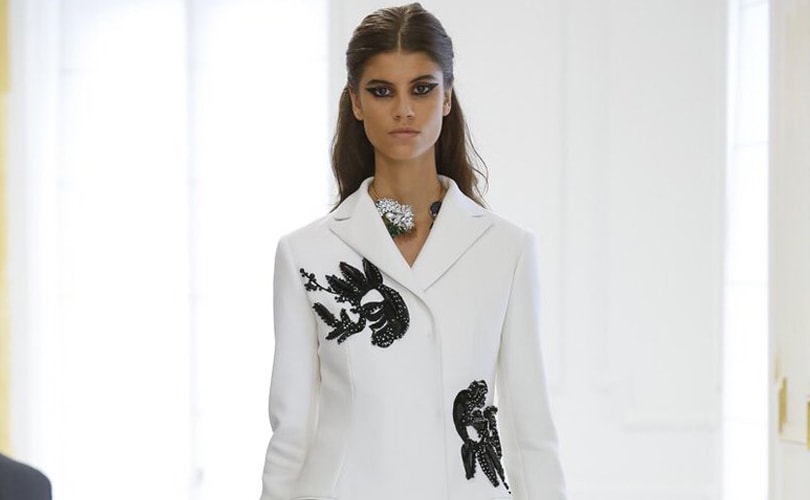 Dior goes back to basics as Chiuri waits in wings

With Italian designer Maria Grazia Chiuri expected to take the reins at Christian Dior within days, the French fashion house went back to its eminently wearable roots in its Paris haute couture show Monday.

Swiss pair Lucie Meier and Serge Ruffieux, who have been holding the fort since the shock departure of Belgian designer Raf Simon last October, did not try to reinvent the wheel before handing over to Valentino's Chiuri. Instead they returned to one of founder Christian Dior's favourite visual tricks -- contrasting black and white.

Apart from a few sprinkles of gold leaf, the typically feminine collection -- shown before a celebrity-studded audience that included singer Celine Dion and actress Marion Cotillard -- comprised only the two colours. The pair, who won warm applause at the end, quoted the master himself who said, "White is simple, pure and goes with everything... while I could write a whole book about black." 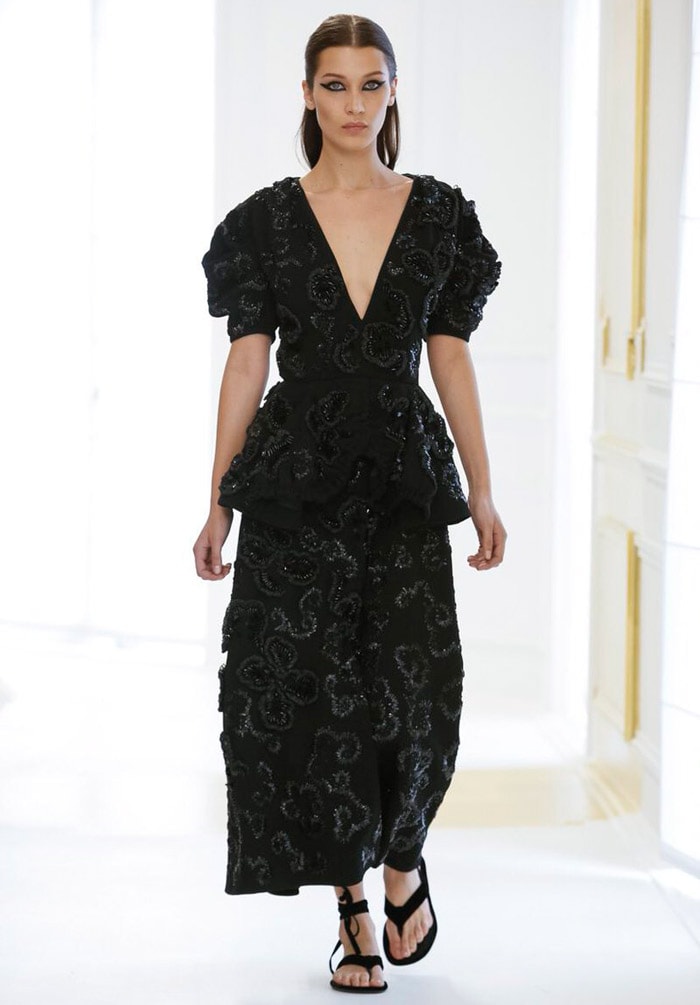 While they paid tribute to the expertise of the famous Dior couture studios, speculation grew that Chiuri's appointment was imminent. A well-placed source told AFP last week that the 52-year-old Italian had been anointed to take over the luxury French brand. Chiuri has turned around the fortunes of Valentino with her longtime creative partner Pierpaolo Piccioli, making it one of the hottest and most profitable houses in Europe. Neither Dior nor Valentino would comment on her possible appointment, nor whether Piccioli would be joining her.

If Dior may have lacked invention, the brilliant Dutch designer Iris van Herpen made up for it in spades. In what was the most poetic and subtly suggestive show of the season thus far, she created a line of exquisite high tech dresses inspired by the Japanese concept of "seijaku", of "finding serenity amidst life's chaos".

Three dresses in particular stood out amongst creations presented like art installations in a baroque church to the sound of Zen bowl music played live by Japanese musician Kazuya Nagaya. The first, an almost transparent bubble dress made from more than "one thousand .. hand-blown glass bubbles in transparent silicone, creates a bioluminescent prism around the body," the designer said.

"Haunting and hypnotic atmosphere at the @irisvanherpen presentation, the girls appearing like ghostly beings. The collection made me feel as if I was discovering as yet unknown stunningly beautiful organisms" by @clymdraws. #INSTACOUTURE #coutureguestmember #irisvanherpen

Another sheer creation used a similar technique to coat "tens of thousands of Swarovski water drop crystals" to give the idea of "wet skin covered in dew drops". While the third exuded a subversive sensuality with pearl-coated cotton and tulle cut to resemble opening oysters. Van Herpen, however, said it was inspired by the study of "cymatics, which visualises sound waves".

"For me it is very important to show that fashion can do different things. Innovation is needed, craftmanship, showing that there is a different way of making a garment. We have to move on," she told AFP. "I was very inspired by my visits to Japan, it is a beautiful culture," she added. In contrast, Schiaparelli paid homage to its famous "Circus" collection of 1938, when its founder Elsa Schiaparelli roped in surrealist artists including Salvador Dali and Jean Cocteau to help her design her fabrics. (AFP)