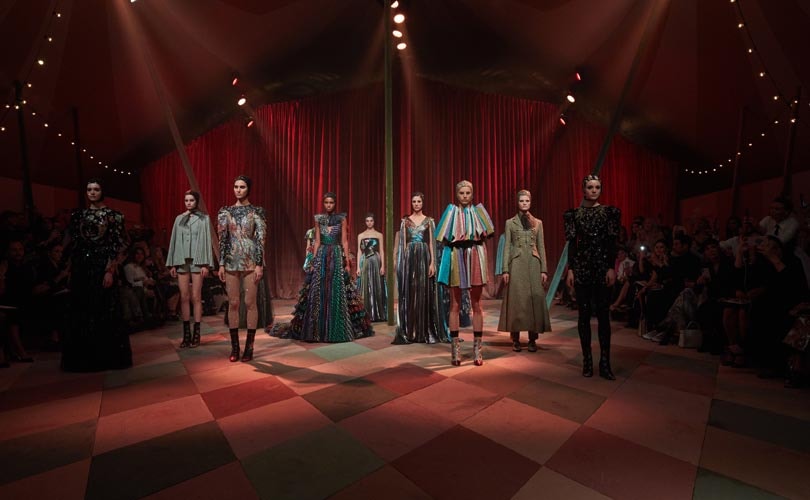 In a tent in Dubai surrounded by fire-breathers and circus performers, Dior unveiled a 15-piece capsule collection that dug into the house's archive to honour the woman of today. 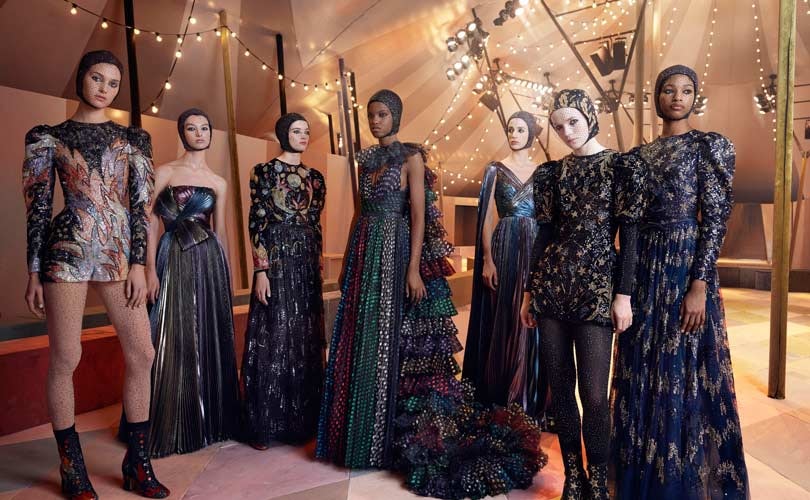 Italian designer Maria Grazia Chiuri, the first woman to lead the legendary French label, and her hallmark feminism were present in force, with a limited collection that drew on motifs popularised by Christian Dior himself, redefined to accomodate the contemporary woman Pleated skirts in muted, metallic rainbow colours and redingotes laced with hand-embroidered gold frogging were paired with pedestrian-friendly, fantastically glittery flats and chunky-heeled boots -- with neither stiletto nor peep-toe in sight. 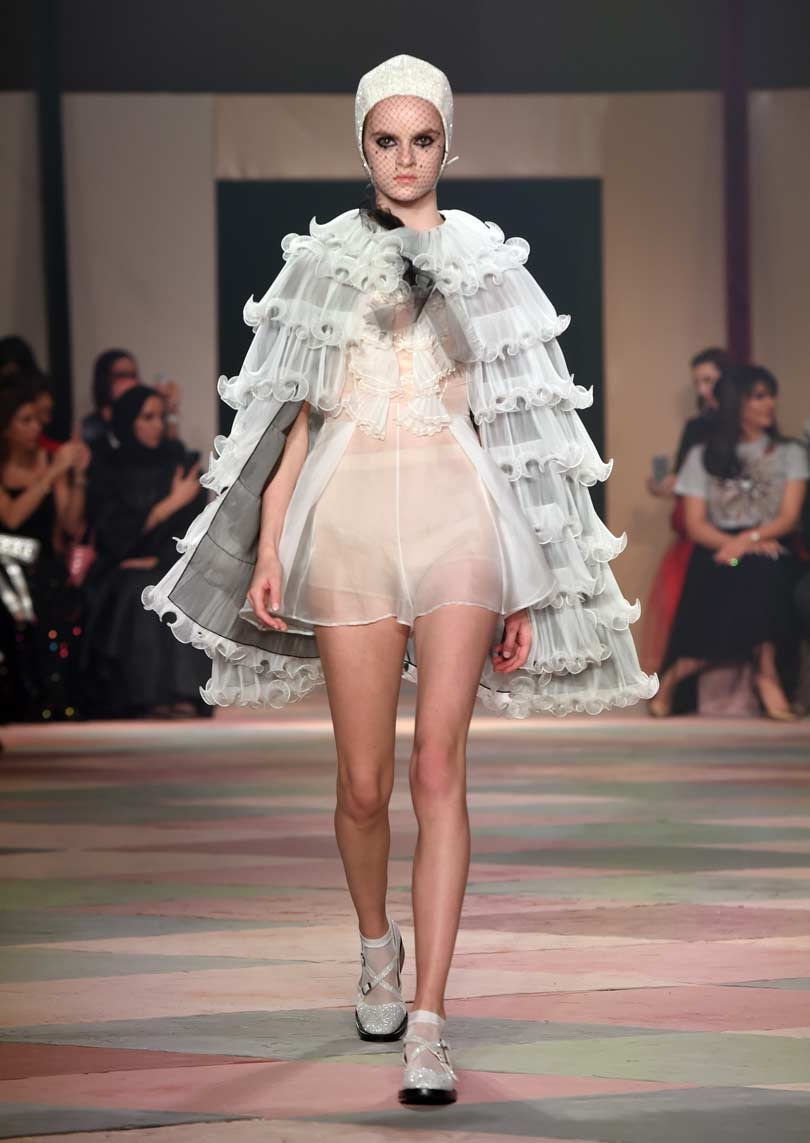 "In this specific show we made a little capsule, that is like a small, new collection, of 15 pieces," Chiuri told AFP ahead of the show. "Every time we move to another country, in some ways it's the location that gives us inspiration. 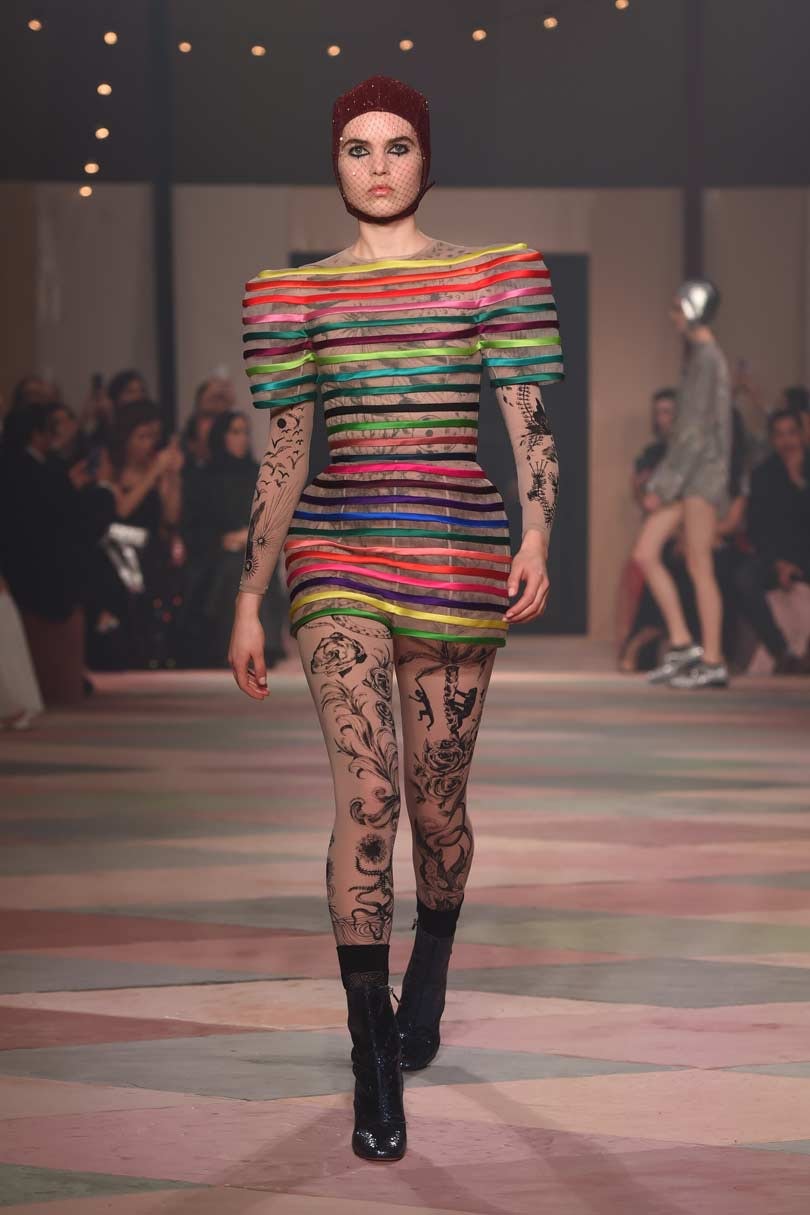 "When you think about Dubai, you think of a place that in a sense is very Mediterranean, where there is the sun. So we use more colour, different techniques, different shapes." 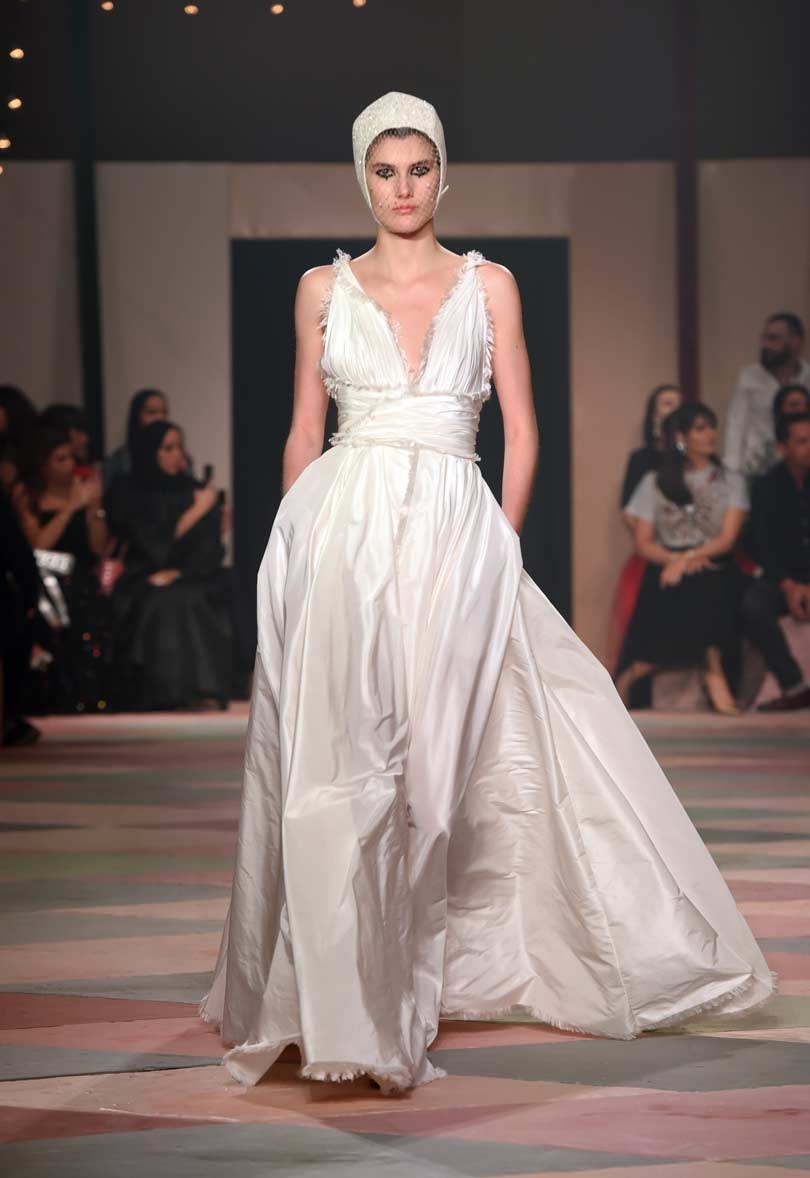 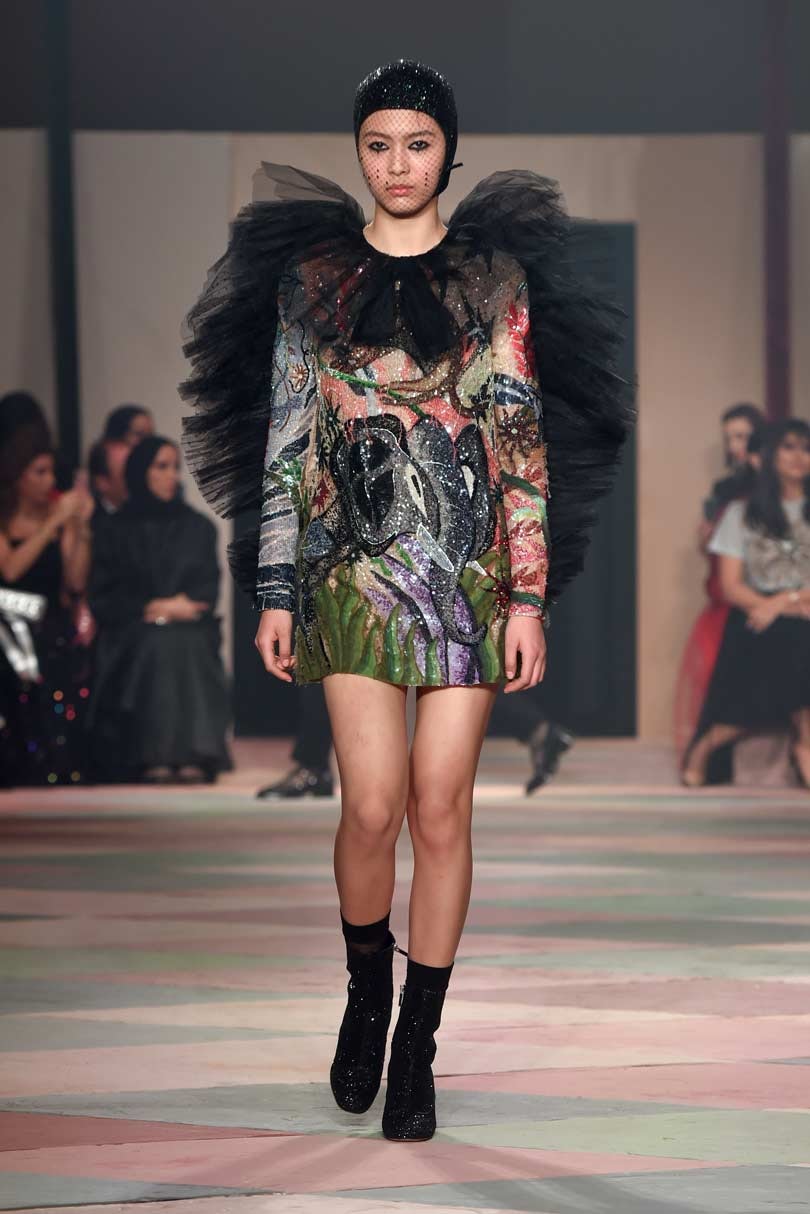 Pulling from her last show at Paris Fashion Week, the Dubai catwalk also featured Chiuri's circus-inspired organza and tulle dresses, ringmaster blazers and lion-tamer jackets -- a nod, she says, to the sisterhood that binds women. "In the circus, in specific -- because it's the circus that we used -- all the women worked together. And each woman trusted the other woman, because it's impossible to make this kind of exercise if you don't trust each other," Chiuri said. 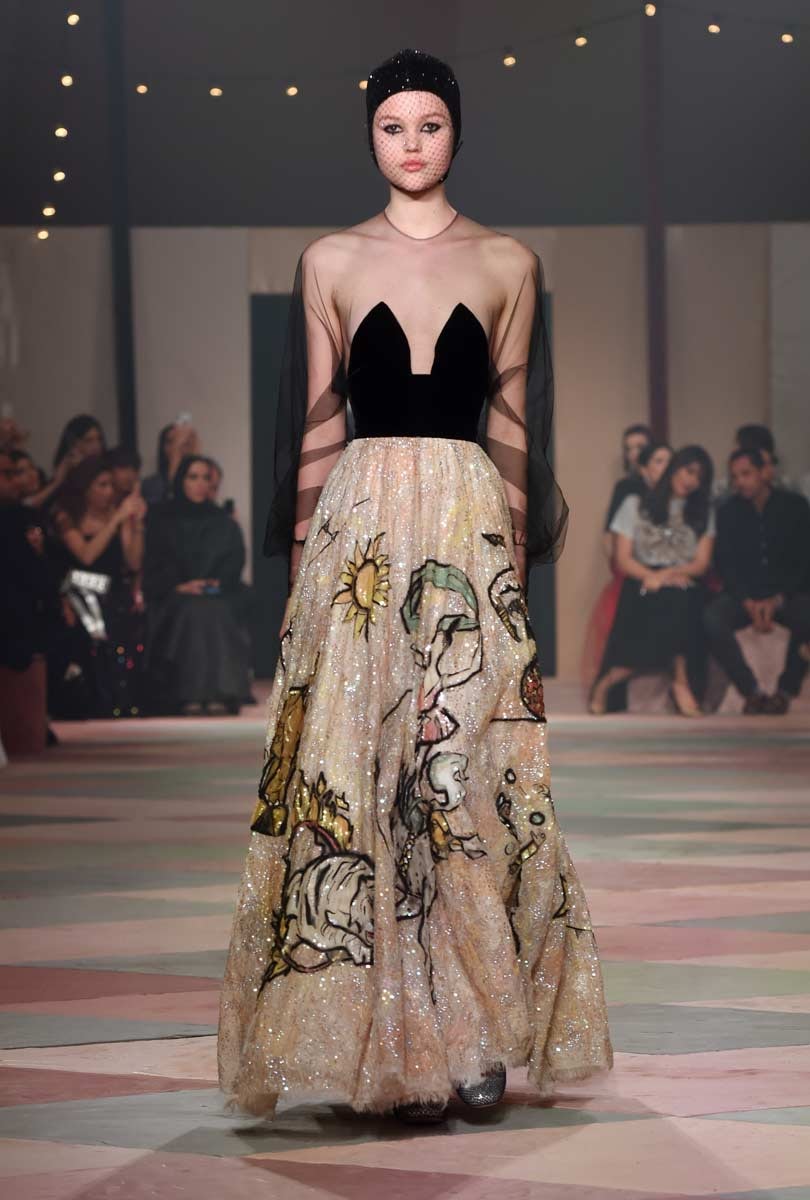 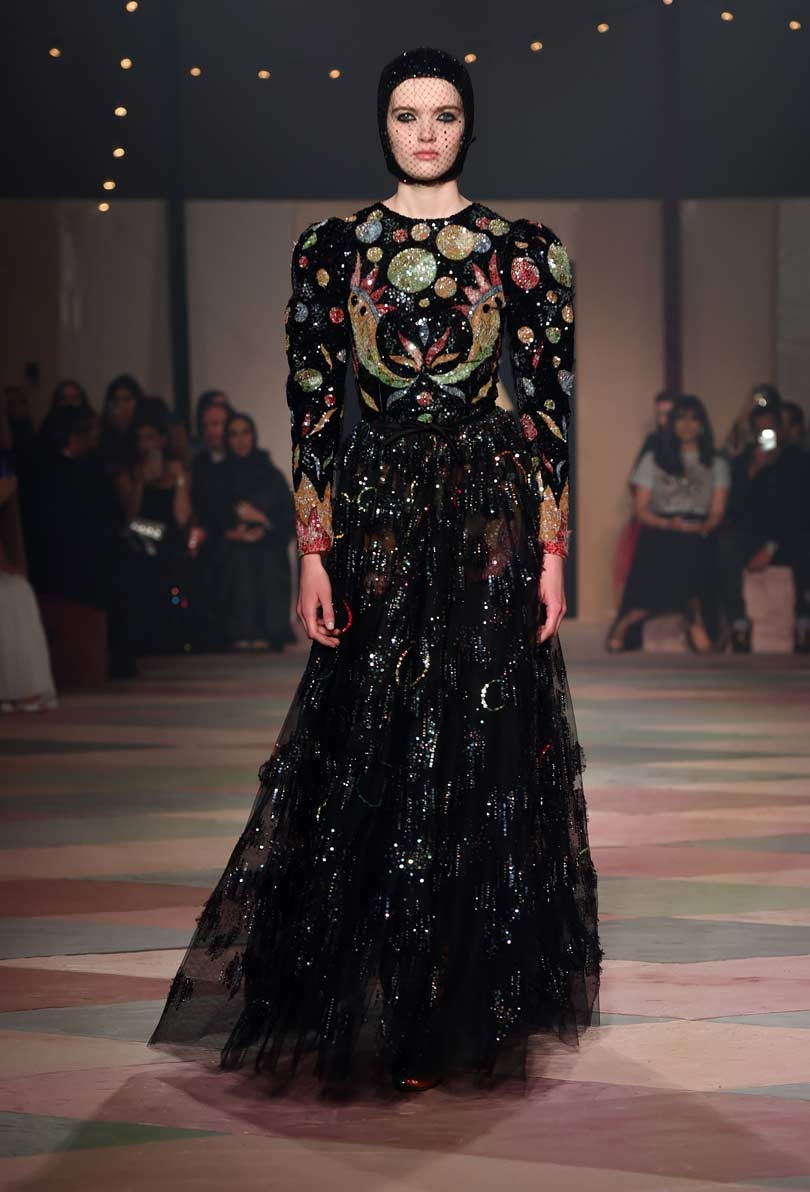 "There is this element in the circus that fascinates me a lot. That is the clown. Behind the mask of the clown, you dont' know if there's a man or a woman. You know that it's a person," Chiuri explained.

"So I covered the hair, because I would like for people to focus on the clothes." 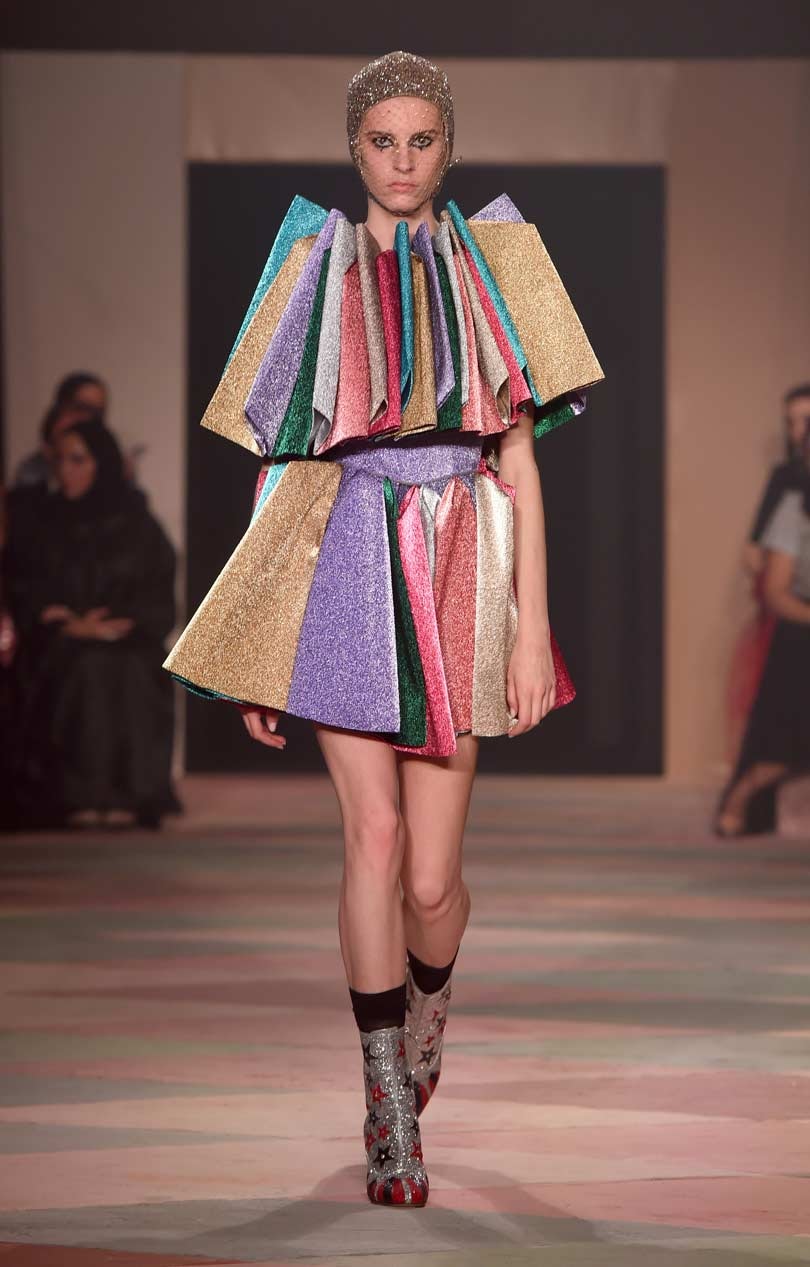 One black-and-gold pattern on both boots and skullcaps in particular stood out -- a star, polka dot and paisley combination, a tribute to the star Christian Dior found on the sidewalk outside of what would become his flagship store, and a nod to the arabesque of the Arab world. 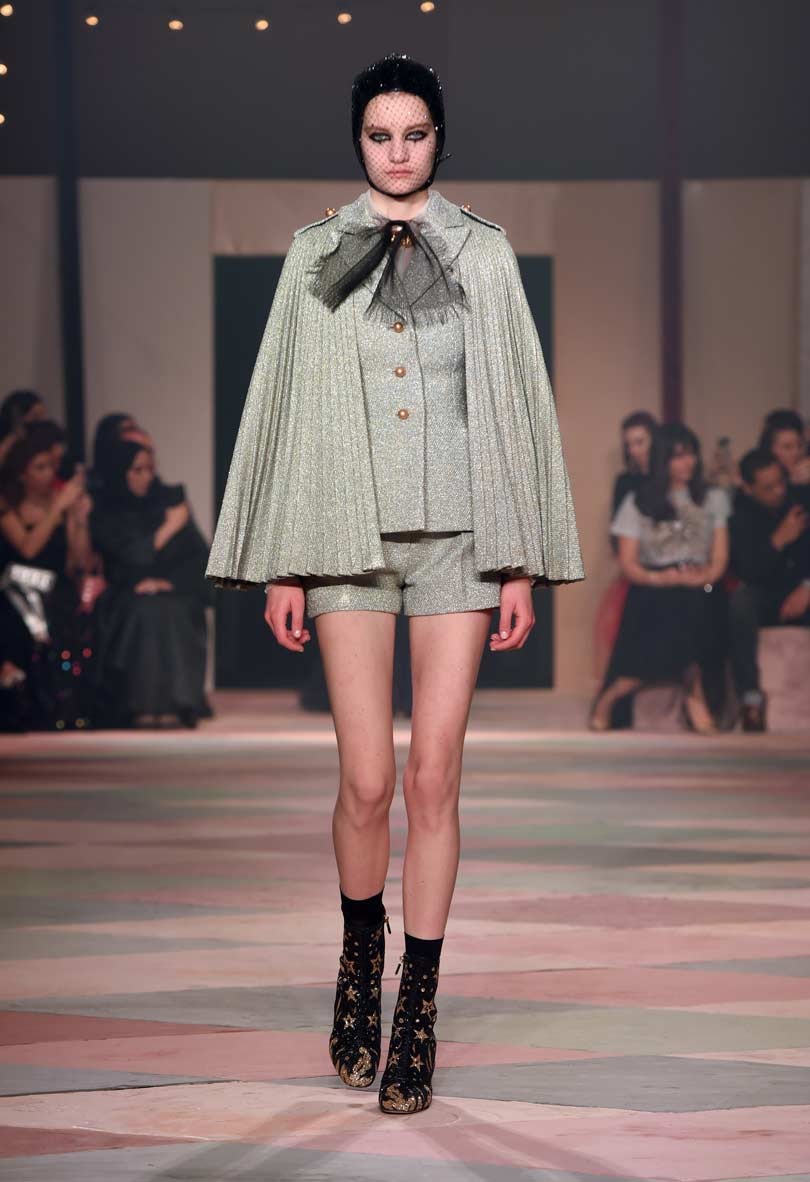 "There is perhaps differences in taste, but this is also about personality, for women and for men."(AFP)