The world’s biggest sustainable design competition, the EcoChic Design Award has announced that 24 emerging designers have made the semi-final including two from the UK.

Founded in 2011 by Hong Kong-based NGO Redress, the EcoChic Design Award challenges upcoming designers and students to create a collection with minimal textile waste, ranging from zero-waste design techniques, to up-cycling and garment reconstruction, and their submission is then based on the “creativity, originality, sustainability and marketability” of the design.

This is the seventh year of the award and has seen a record-breaking number of applications, 38 percent up from last year, and included designers from 46 countries including the UK, Japan, the US, China, Sweden, Israel, Hong Kong, The Philippines, Thailand, Indonesia, Spain, The Netherlands, Denmark, Poland, and Belgium, which are all represented in the semi-final. 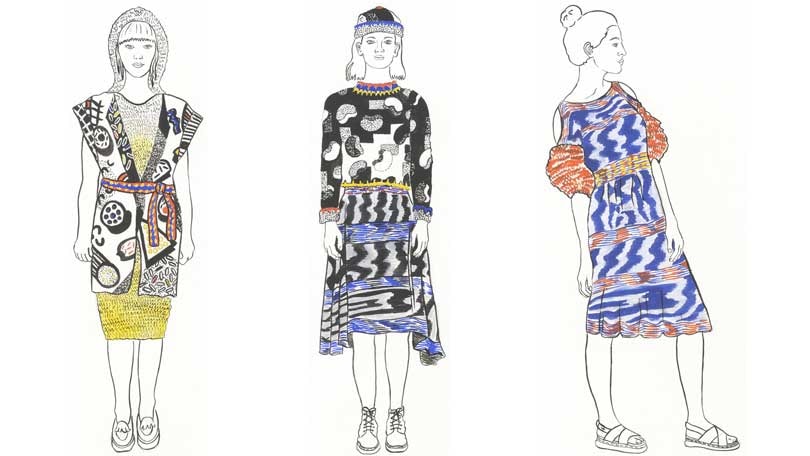 The semi-finalist includes two designers from the UK, Rachel Clowes, who has a Bachelor of Arts in Embroidery from Manchester Metropolitan University and a Masters in Fashion and the Environment from the London College of Fashion. Her design applies up-cycling and reconstruction techniques to transform cut-and-sew waste, end-of-rolls and secondhand clothing with her collection inspired by hoax taxidermy and mythical beasts.

The other British semi-finalist is Kate Morris who is currently studying fashion design at Nottingham Trent University. Her application uses zero-waste, up-cycling and reconstruction techniques to create a diverse knitwear collection that blends technology to create a tactile connection with the wearer.

Two panels of regional judges shortlisted the applications from the regions of Asia, and Europe and the USA including British designer Christopher Ræburn.

The 24 semi-finalists now face the international panel of judges as they are shortlisted down to the final 10 who will design their six-piece waste reducing collections in time for Hong Kong Fashion Week this September.

Redress founder Dr. Christina Dean said: “While fashion continues to be one of the most polluting industries in the world, we are reminded by the overwhelming responses in applications that with crisis comes creativity. We are confident that this new wave of designers will continue to prove that sustainability does not mean a compromise in style. Together we can make sustainability not just a fashion statement, but also the accepted the norm.”

The EcoChic Design Award finalists will be confirmed on May 25.