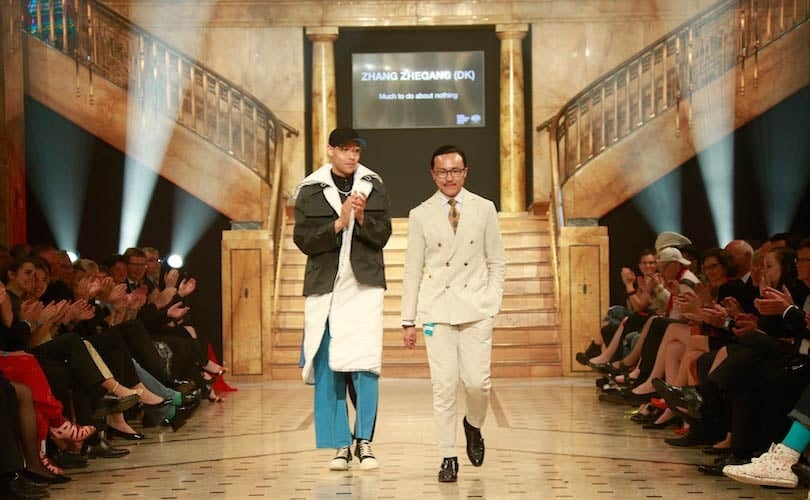 This year's Euro Fashion Award was awarded in Görlitz on Saturday. Designer Zhang Zheqiang received the main price of 25,000 euros for "Emerging Masters Graduates and Young Professional Designers". The graduate of the Copenhagen school Royal Danish Academy of Fine Arts convinced the jury with his Menswear collection "Much to do about nothing".

"This collection unites all aspects it takes to win the Euro Fashion Award 2018 in the most outstanding way," praised Andrej Baranow, Art Director of the Euro Fashion Award. "It is a inspiring, fresh collection with beautiful silhouettes, dandyesk and sophisticated. In addition, it's incredibly well crafted and of quality. "The customer review has been automatically translated from German. The the winning collection is "wearable, reproducible and has an immense potential to be accepted by the market," said Baranow.

The other awards went to two graduates of the Berlin school Kunsthochschule Weißensee. Florian Schulze secured the 15,000 Euro endowed second prize as well as the prize of the audience (3.000 Euro). The third prize (10,000 euros) was awarded to Maria Miottke. The jury praised Danish designer Laerke Koldskov who also studies at the Royal Danish Academy of Fine Arts, the school that the winner Zhang Zheqiang attended.