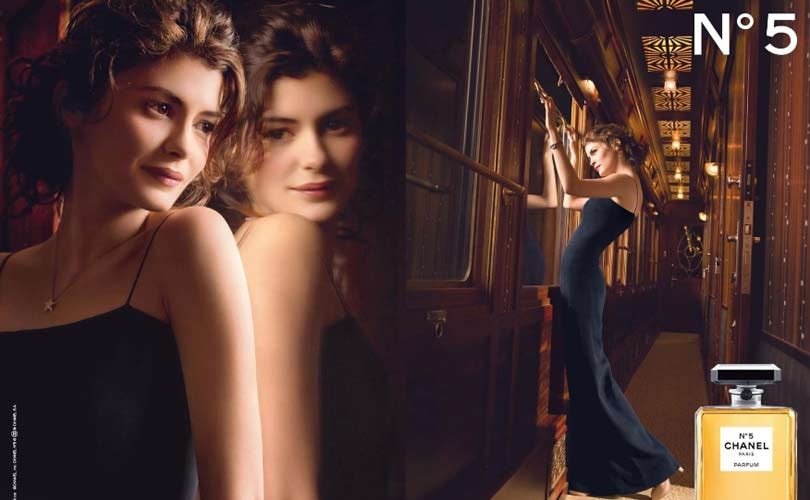 Fashion films: the next step in brand story-telling?

The fashion industry produces hundreds of short films each year featuring the latest collections and although the majority these shorts are little more than glorified advertisements, there are a number of labels who are using the medium to take their story-telling to the next level.

A cleverly thought out advertisement campaign centered around story-telling will undoubtedly strike a chord with a brand's target consumer group whilst helping them connect emotionally with the label. For most fashion brands and retailers no campaign is complete without a creative visual marketing advertisement, but over the years more and more labels have been tapping into the cinematic medium in search of a more artistic way to share their story. Rather than just working with an agency, a number of brands have joined forces with cinematic directors to create short films which weave a story around a certain collection, rather than just presenting it in a direct way to the consumer.

But most important of all, a successful fashion film needs to have a message which the audience can grap on to. According to Diane Pernet, fashion writer, founder and director of the world's first fashion film festival and competition 'A Shaded View on Fashion Film,'a good fashion film has to have a story. "There are many interpretations as to what constitutes a 'fashion film," commented Pernet during the festival 7th edition last November. "I think we're still exploring exactly what the parameters are because this is still a relatively new genre. The beauty of the creative universe is that we are always confronted with new interpretations, revolutions and provocations that test our ideas on how to define things, whether they be broad disciplines like art, fashion, cinema or sub-disciplines like 'fashion film.'"

As consumers continually evolve and become more digital savvy, more and more of them turn to the internet for their film fix. According to a consumer study from market research firm Gfk, 59 million adults aged 13 to 34 in US watch original digital films online each month, which makes short films an ideal medium for fashion labels to use. "Fashion short films are getting more and more popular. The growing importance of the internet and the social media in communication on fashion has made videos an alternative to traditional portfolios of designers," said Kaat Debo, director of MoMu Antwerp at an event with ASVOFF in December. "For starting fashion designers and directors or photographers, fashion movies are an ideal way to break through. You can compare it to musicians making a career thanks to Youtube."

In the past, even the top fashion brands Youtube channels had difficulty getting more than 100,000 view on an uploaded film. But the shift towards mobile and social platforms has changed this - as is evident in the number of views. For example, French luxury fashion house Chanel released its short film 'Train de Nuit' for its iconic perfume No.5 in 2011, starring actress Audrey Tautou and directed by filmmaker Jean-Pierre Jeunet, which currently has 417,116 views on Youtube. Fast-forward 3 years later, Chanel releases 'Reincarnation,' a 7 minute short created and directed by Karl Lagerfeld to accompany its Paris-Salzburg 2014/15 Métiers d'art collection presentation, starring model Cara Delevingne and artist Pharrell Williams. The film was created around the moment Coco Chanel was said to have found the inspiration for the iconic tweed jacket and has racked up 2,754,390 views since its release.

Whilst certain luxury fashion houses such as Chanel, Hermes and Dior have been producing visual narratives for years, other brands such as COS, Scotch & Soda, & Other Stories and Denham have recently begun to create and share their own creative short fashion films. Last year saw Amsterdam-denim label Denham remake the cult-classic movie ‘American Psycho’ with creative agency Flickering Wall into a short film which depicts the compulsive detail to craftsmanship that exists within the denim industry. This year the label followed up ‘Psycho’ with ‘The Jeanmaker,’ which was based on another classic film, ‘The Aviator’ and premiered simultaneously with boutique denim trade fair Kingpins in Amsterdam. Both shorts are parables of the original films which convey the label’s willingness to push the boundaries in its search for the perfect pair of jeans.

“These short films are our slightly absurd way of exploring our inner denim demons,” explained Jason Denham, the brand’s founder and namesake. “It’s great to see the passion we put into our jeans return in the film.” Another Amsterdam based label, Scotch & Soda, launched its first short film this week, dubbed ‘Story of Things.’ The 2 minute movie is the first part of a long series and follows a razor blade that is passed along and unknowingly brings people together. Weaving a story around four characters, the label has built a collection around each personage and their individual personalities for consumers who may identify with them or just want to dress like them.

One fashion film that managed to catch everyone’s attention last year, going viral and receiving over 100,000,000 views on Youtube was ‘First Kiss,’ by film director Tatia Pilieva, for Wren’s 2014 fall collection. The 3 and half minute film depicts strangers coming together and kissing for the first time in front of a camera, resulting in tender, thoughtful as well as awkward moments. Unfortunately the powerful emotional connection to the film’s content failed to directly link consumers to the Los Angeles brand, with some viewers feeling duped by the film as it led them to believe the professional models sharing intimate moments were ordinary people off the streets.

"We live in a world of lies imposed by cinema and fashion, two industries dictated by an economic reality which has long expired," pointed out avant-garde filmmaker Alejandro Jodorowsky during ASVOFF last November. "Real artists are those who throw themselves into the void of the unknown declaring war on this generalized illness. The creator is the free spirited person who, out of necessity, is looking to give humanity back its dignity, to awake consciousness, to find the sublime within themselves, to connect with the universal, the cosmos and the divine."