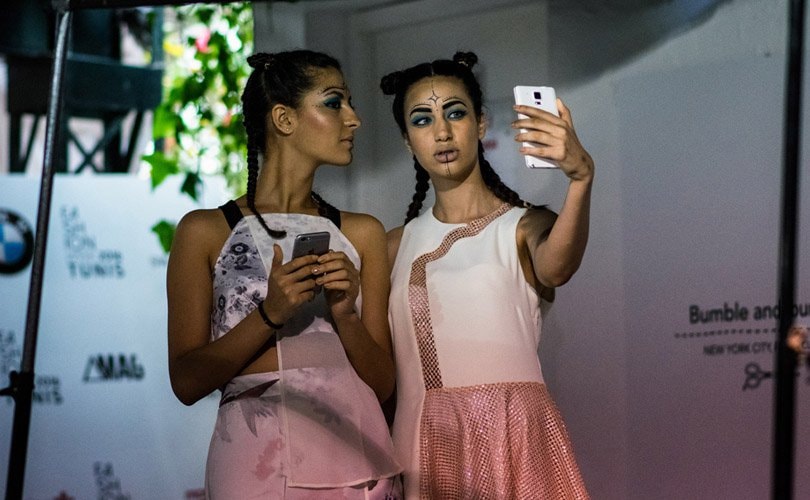 Fashion Week Tunis: a close-up look at a country in recovery

More than a year after the terrorist attacks in the Bardo National Museum in the capital took place, and Tunisia seems to be slowly getting its breath back. The textile and clothing sector - which has been affected since the Jasmine Revolution, hit with the reduction of production of a number of European companies – is rebuilding and intensifying its creativity through organising fashion events. These events in turn offer a way of boosting the industry and changing the country’s image in the Euro-Med trade zone and in Europe.

Despite the governmental uncertainties which are still prevalent in the Tunisian Republic, disagreements over the new laws and the future of the country for example, the Tunisian Chambre Syndicale de la Couture has continued to host its annual event. Known as Tunis Fashion Week, the event celebrated its eighth iteration in Carthage Amphitheatre this season, with 13 shows by designers and varied fashion brands – including ready-to-wear labels and industrial trade marks – and the final of the Elite Model Look competition, a grand première in Tunisia. 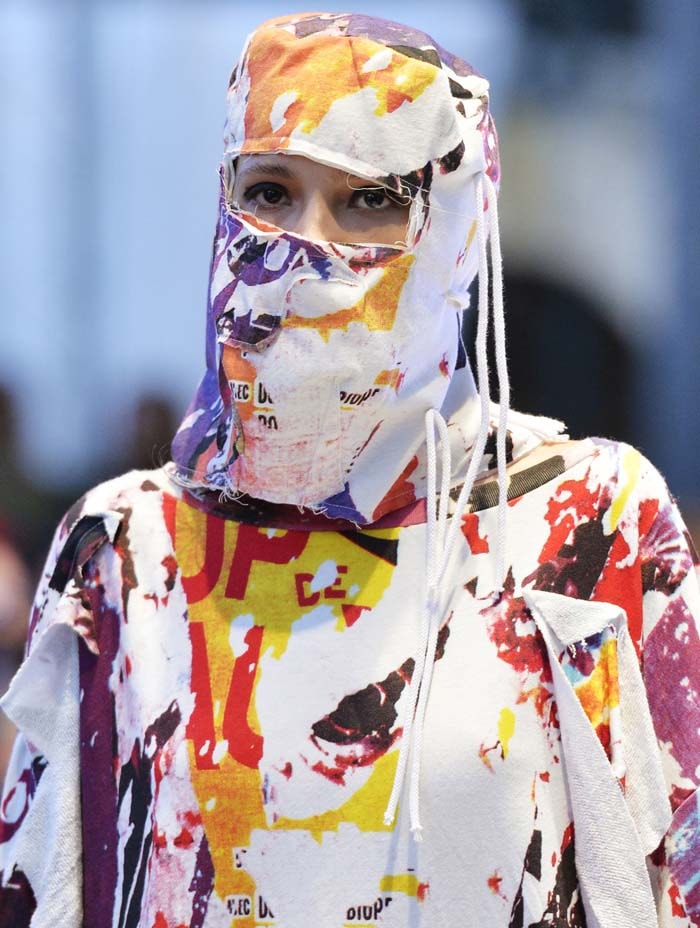 In public, it is rare to see veiled women and wearing the niqab in Tunisia is no longer banned. Instead, you find trendy Tunisian high society, with women dressed “in the latest fashions” wearing European brands and stilettos or Louboutin shoes. Nails, heavy make-up and long brushed hair are the order of the day for women (who account for about 80 percent of the public) who are very concerned about their image, which is in turn selfied and Instagrammed throughout the evening. 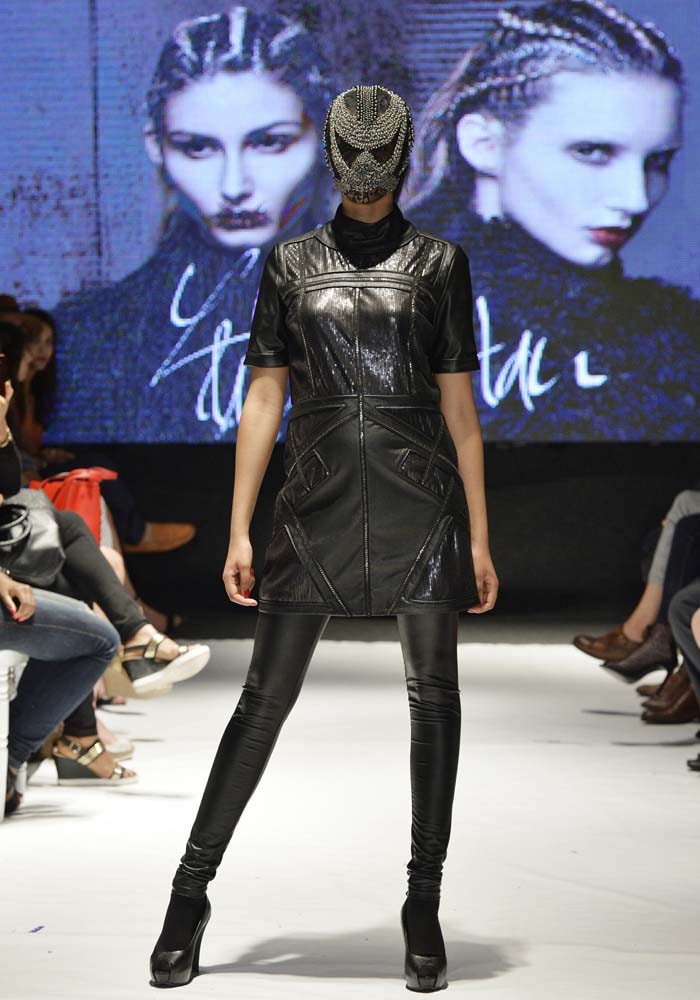 Objective: to revive the Tunisian Belle-Epoque

Let’s talk about Tunisia. Tunisia has suffered the brunt of the consequences of the Arab Spring in 2011, a trend which was reinforced by the terrorist attacks in March 2015, putting a damper on tourism; the hotels at the seaside resorts of Hammamet, Djerba or the Coast of Carthage were practically empty last year. The textile industry also lost many of its clients and a significant volume of orders. Some large groups such as Inditex, Mango and Camaïeu decided to move part of their production to Turkey, Romania and India for security reasons.

The Tunisian Chambre Syndicale de la Couture has some clear ideas nevertheless, and since its creation in 2005, it has continued to bring together the elite of the country under the same roof, enabling the discovery of national and international talent in design, crafts and contemporary fashion, including young designers. In regards training, Tunisia has no cause for complaint. In addition to the heritage of know-how in fashion, often passed down from mother to daughter (or from the father/mother to son?), training has proliferated. There is now the ESMOD Tunis school with two centres in Tunis and Sousse, the Centre Sectoriel de Formation en Habillement de la Goulette [the Goulette Centre for the Clothing Industry) and Collège La Salle in Tunis. Designers are also trained in London, Paris, Milan or New-York and have returned to the country brimming with ideas and with an international CV…

This year’s theme is Shabby Chic (Culture Chic) which has been placed in spotlight. The winners of the Khomsa d’Or prize opened the festival with their ready-to-wear designs, followed by the furniture designer Achraf Baccouch, who presented a collection in the style of his designs made of patchworks of colours and materials. Industrial brands followed by Stellana by Zina El Gornati Dahmani presented one after the other during the evening. Naco Paris, the surprise anti-fashion designer and transformationist After a low-key beginning for a fashion week (and not very beneficial in the eyes of most people because of the industrial trade marks that “should not have been there”), the French designer Naco Paris, an international guest – as well as Ludovic Winterstan who showed his collection on the third day – marked the real beginning of the event. After receiving wide media coverage for his Anti-Mode [anti-fashion] fashion, which breaks with social codes and primarily promotes anarchy, Naco Paris likes to upset the system and make fun of politics and “what people say”. This “anti-LVMH” [Moët Hennessy Louis Vuitton] does not go in for subtleties but designs as he feels, at the risk of upsetting the (Tunisian) public. After his “Art is Resistance” collection from 2014, his designs achieved cult status in Japan. This time round, he presents a unisex “No God No Master” collection, which includes up-cycled items and hand painted militant slogans. The designer also makes an appearance on the last day of Fashion Week, when he transformed into a Drag Queen, much to the pleasure of some and the shame of others.

The young Tunisian brand, Soltana, created by Fatma Ben Soltane, delighted the young local public when she presented her collection to recent hits by Beyoncé, which featured clothes with gold sequins and more casual designs such as customised “Made in Tunisia” denim, babydoll or liberty red dresses and even a doppelgänger model of the star who passed along the runway at the very beginning of the show …

For 5,000 dinars (about 2,135 euros), designers and brands were able to show their collections in Fashion Week. This was the case with the young “haute-couture” brands such as Atmosphère Couture by Mouna Ben Braham or Why Couture by Yosra Aydi who, because of a lack of sales outlets, meet their clients privately in apartments.

On a different note, there is the designs of the more sombre and poetic Ludovic Winterstan. The young Frenchman, trained in fashion techniques in the south of France, presented his second couture collection. After “Noir” [black] in 2015, he announced his “Rupture” collection, an elegant, dark and feminine style, showing his models as fencers with long black capes, of leather and imitation leather, presented as fringed jackets, leggings or dresses with frills.

Al Maha by Maha El Moudir showed a collection that was more “Lolita” than the others. Her small pastel dresses with ruffles, feathers and petticoats in tulle in particular caught the attention of young Tunisians, as did Mademoiselle Hecy, a ready-to-wear brand that is quite cool and Western, made by Hend Gasmi and Cyrine Faillon, two young graduates from Esmod Tunis. Braim Klei, a graduate of the same school and known for his minimalism and lack of inhibition, rang the changes on black and Gothic art on the fashion runway. 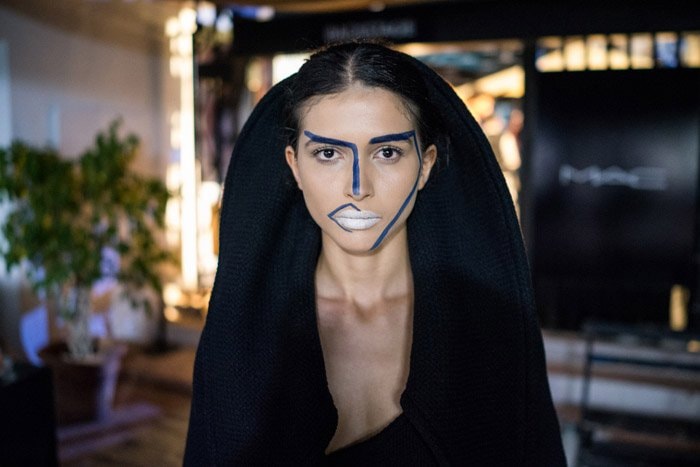 An increasing number of fashion events

A wind of freedom is blowing through Tunisia concerning the organisation of cultural events. This informal Fashion Week is not the only one in the fashion calendar. The annual event presided over by Anis Montacer could well give birth to another event called “Fashion Week” next autumn. “Although the organisers are the same, they must be differentiated and a different name chosen,” said a spokesperson for FENATEX (Fédération Nationale du Textile, National Textile Federation), one of the sponsors of Fashion Week. Tunisia already has several fashion fairs, including the International Fashion Show [Fête Internationale de la Mode] under the stewardship of Neziha Nemri, who will soon launch the Empire of Fashion and the Festival of Shopping in August, as well as the Festival des Jeunes Créateurs de Mode [Young Fashion Designers of Tunisia] held on a single day organised by Samir Ben Abdallah.