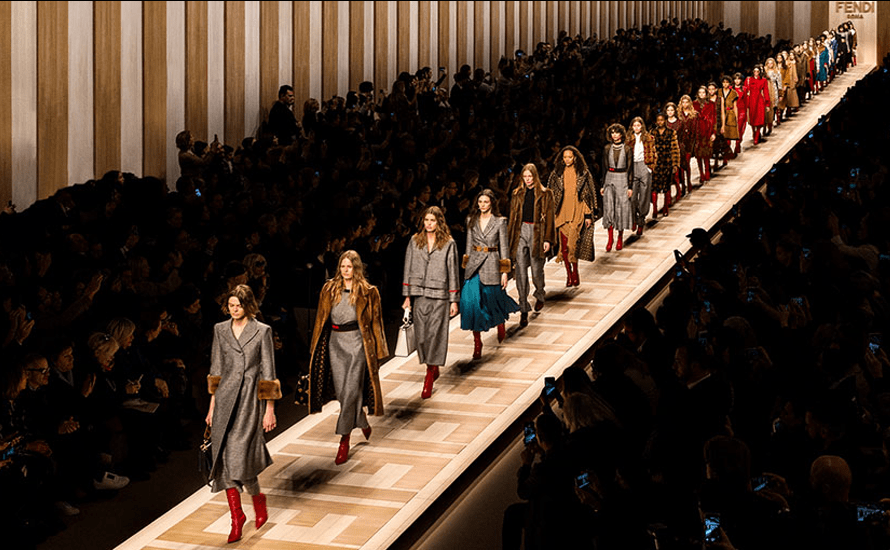 The world's top fashion brands are doing some serious courting of social media-savvy youngsters, with Italy's Fendi the latest to unveil a hip website designed for millennials.

The Roman fashion house is one of many hoping to build up a loyal support base among the generation born after 1980, who came of age in the 21st century and have the last word on what's cool.

"F is for..." is a new section on Fendi's website that offers tips on where to hang out in Rome and New York, has interviews with "freaks" who talk about their passions, and features photoboards of vintage items and new Fendi designs.

Cristina Monfardini, Fendi Vice President of Communication, told AFP the idea was to find a way to talk the same language as a generation that may not have the cash to splash on top brands but has massive power to pass the word.

Sometimes dubbed "the Y Generation" and often maligned by grumbling older generations as variously lazy or smartphone-obsessed, they have different values from traditional fashionistas and "move very fast" from trend to trend, Monfardini says.

"Fashion is a very structured world under certain points of view, and I think in order to get to know them (millennials) and get very close to them you need to be very humble," she said in an interview on the sidelines of Milan fashion week.

The trick is to avoid appearing to dictate fashion to them but "put them on the same level, just be open and listen to them".

The watchword is "authenticity". Fendi's new project is not about a bunch of oldies deciding what's hip: the tips, stories and "looks" featured on "F is for..." are generated by millennials and passed on to their peers.

"There is nothing that we are selling, we are opening up services for them," Monfardini said, describing rooftop events at the brand's headquarters in Rome where guests get to see emerging artists.

For its pre-fall 2017 collection Gucci interviewed its models, posting their replies to questions such as "what is your spirit animal" on Instagram. Brands have been pandering to teenage attention spans and the need for catchy hashtags for social media: Versace and D&G both included hats in their autumn-winter 2017 collections with one-word slogans such as unity, love, power.

Diesel recently hosted a exhibition on "successful living" which featured two-word tips such as "stay sweet" and "be proud". Gas took the authenticity challenge seriously, shunning stars or their offspring for its summer campaign and instead using students from London's top art and fashion institutes, from the Royal Academy of Arts to Central Saint Martins.

"It's really not about thinking 'Oh these could be our clients and we will sell them some things'," insists Monfardini. "I think it's much more about transmitting the DNA and the legacy of a brand like Fendi to the younger generation... so that everything that has been created until now will be relevant and interesting for them".

Monfardini, 47, works with a team of six millennials who boast MBAs or degrees in business, psychology, fashion, politics and technology, and says what unites the Y generation is "a love of culture". Her new online platform appears to have won the approval of youngsters doorstepping the fashion shows in Milan to pick up ideas for new looks. Italian student Gaia Berlanda said she thought "F for Fendi..." could work as a way of rejuvenating the historic fashion house.

"Fendi might not be as young-looking as other brands, but such a site could help us understand certain looks, especially as we youngsters are always attached to our phones," said Italian student Gaia Berlanda. Fellow trend-watcher Federica Lodia said such trend services were "something that's really relevant to us, it works well". (AFP)