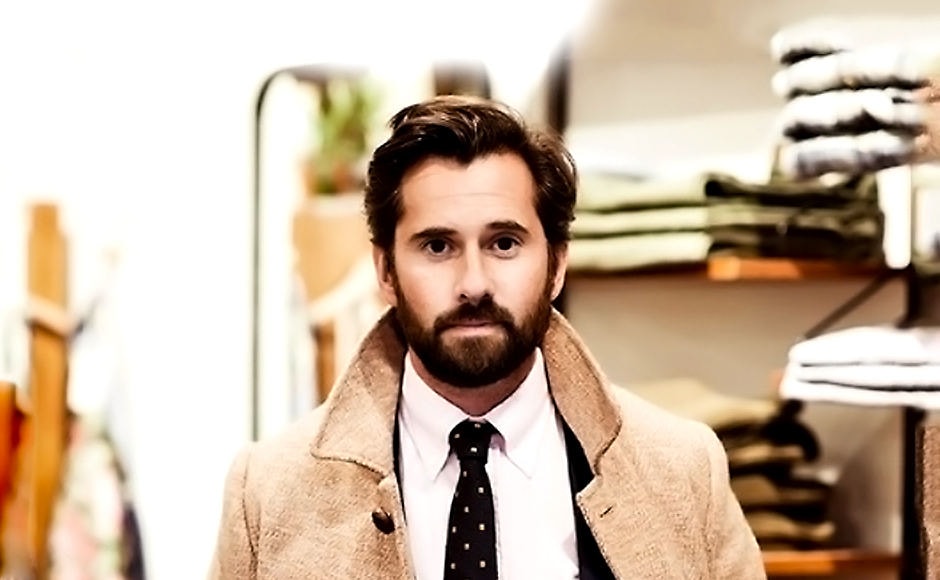 During Fashion Week, Gant unveiled their third incarnation to the world, with Gant, Gant Rugger, and the new Gant Diamond G. While the brand was "born in America, but raised in Europe", they decided it was time they came home to where they began. What better place and time to announce your homecoming than New York City, the fashion capital of America, during NYFW, one of the biggest events on the fashion calendar. Both Gant's CEO Patrik Nilsson and their Creative Director Christopher Bastin had plenty to say about Gant's relaunch efforts.

Gant's relaunching, and how do you think this new era of Gant differs from the previous era of Gant?

PN: Well, you know we were born in the U.S., we were raised in Europe, and now we're building the third chapter. We're putting the American sportswear together with the European sophistication, we call it Gant 3.0, and the House of Gant, where we have put consumers in the middle, and created 3 different divisions that is going after what the consumers lives is all about. And based on it, we have the shirts. Shirts are the predominant product category in each of the 3 divisions.

I've noticed a lot of denim in the line today. Is that a category, you know, Gant is working on building up?

PN: Yeah, we're definitely having some denim, both in the Diamond G collection, but, that will be travel denim, so that it is easy to travel in. We're doing denim in Gant Originals as well, and a little bit in Rugger. So, it will be sprinkled in, but, it's really the shirts that are baring all of the collections.

Gant is an American brand, but I know that most of your big business comes from Europe, what are your expectations for Gant 3.0 trying to build back the American business, going home to the consumer?

In terms of retail expansion what is Gant looking at with the launch of Gant 3.0 and moving forward trying to build back that U.S. consumer base, and build up the U.S. business?

PN: We will definitely start by doing more wholesale business in the U.S. We're working together with Nordstrom, Bloomingdale's, Saks, Barneys, in order to get the brand launched the right way with partners. But, we're also looking to expand our own retail. We're looking for a flagship location in New York to start with. We're also looking at building a shirt store in New York somewhere, more of a pop-up, like the bodega in Boston when it comes to sneakers. I worked for 23 years for Adidas, and I come from that space, and I want to bring some of that thinking into the lifestyle fashion industry. 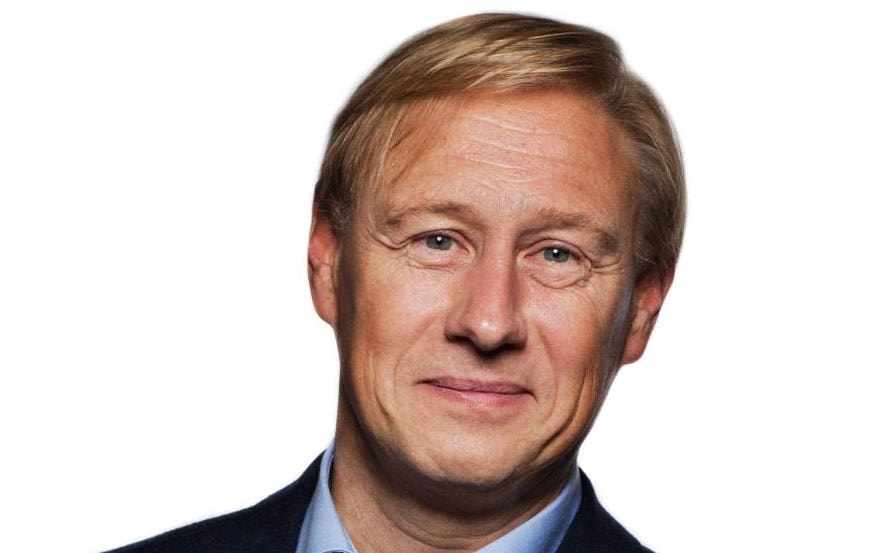 What was your inspiration for the collection?

CB: We are unveiling 3 different lines, one is a brand new one called Gant Diamond G. The inspiration is this power couple, they're always working. She's like this super strong, super powerful woman. They're always working, they're always traveling. So we wanted to do like a cosmopolitan collection that will take them from desk to dinner, it will make them, you know, let them travel in style. It's very European, it's very sophisticated. Gant Originals, which is the Gant, you know, most people know, is classic casual American sportswear, but we want to infuse it with a little bit more kind of a sporty touch. We started using more technical fabrics, without going, like, you know, overly functional. It's kind of classic pieces, you can't really tell when you see them, but the minute you put them on, there's all these benefits to the garment. It dries quick, or it's weatherproof, or water resistant. And then, It's Gant Rugger, which is kind of like our little fashion crowd here in New York knows about. We kind of took that away from our heritage kind of thing and kind of pushed the boundaries, took out basically all the checks. It's just stripes, it's just solid color. It's base — We took out all the color, so, we wanted to make a tribute to the shirt. So, we kind of infused all the garments with little details like boxpleats, and little stuff like that. It's a lot more progressive. Kind of taken our version of American sportswear into the future. So, that's where it's all coming from.

What are some aesthetic differences between the 3 lines in terms of construction, silhouettes, types of materials used, things like that?

CB: Well, Gant Rugger is a lot about asymmetric silhouettes. It's a play on proportions. Gant Diamond G is a lot more European in its tailoring, it's a lot of unconstructed blazers, it's a lot of beautiful silk-linen blends, silk-cotton blends. Gant Originals is predominantly like all cotton, it's much more casual in the cut, and then the occasional kind of technical fabric.

And this is supposed to be the new era of Gant. Your CEO referred to it as Gant 3.0 when I interviewed him? How do you think think this new era of Gant differs from the previous eras of Gant.

CB: Well, when we talk about Gant 1.0 as our time when we were born in the U.S. up until the 1980s. In the beginning of the '80s, Gant 2.0 started when three guys from Sweden sort of got the distribution rights, they also got the design licensee, and started the journey with a European version of Gant so to speak. At that time Gant in the U.S. started to decline, and they sold the company numerous, numerous times, and it became almost like an outlet brand in the U.S. The Swedish guys were taking it back to kind of its heyday in Europe. And with Gant 3.0, what we want to do is get back to what Gant should be, and get that back onto the American market as well, to become the leading lifestyle brand in the world, not necessarily by size or by money, but certainly by aspiration and desirability. It's also where we start, we have our 3 lines, it's extremely — House of Gant has become a very versatile lifestyle brand, that I think we cater to a very big audience. But, still, everything is based in our East Coast roots. There's a lot of American sportswear classics in there. It's also, we were born in the U.S., but raised in Europe, so, that gives us kind of the unique so to speak. All right, so Gant was born in the U.S., but raised in Europe. I know the majority of your market and revenue comes from the European market. But, you guys are going back to trying to build the business in America. On the creative side and the artistic side of things, what is the design team doing, or looking at doing in the future to try and help build back that American business?

CB: Well, it's like, I think any brand that wants to make it big in the U.S., first, you have to have to have wholesale partners you team up with. You've got to work with them. At one point or another, you have to adapt to the U.S. market as well. It's so much bigger than just New York and L.A., which is not really the U.S. If you want to dig into the Midwest and all that stuff, you're probably going to have to kind of adapt. We don't want to adapt too much, but, you know, it's a big world. We adapt to Japan with Japan sizes. Probably going to have to look at some kind of silhouette changes if we want to make it big with American wholesalers. So far, it's been very well received with the wholesale accounts, so we're super happy about that. And, we'll see it. It's early days, but, you know, I think we're gonna win.

And my last question for you is, what are some major differences you see between the European market and the U.S. market?

CB: I think the European market is a lot more diverse. The U.S. market, especially looking at New York and L.A., there's a lot of local brands that do things so well, most of the time it becomes very, very expensive. While in Europe, there's proximity to a lot more production, so, there's a lot more small local brands that can work and operate without becoming too expensive as well. And then I think there's a different aesthetic. I think New York resembles much more like London and Paris to me, but the minute you take it out of the big cities in the U.S., it's much more tricky for European brands to work there because of silhouettes, because of fabrics. And, you know, just the import taxes and all that stuff. And U.S. is enormous, it's like 280 million people, so, it's a world of its own.