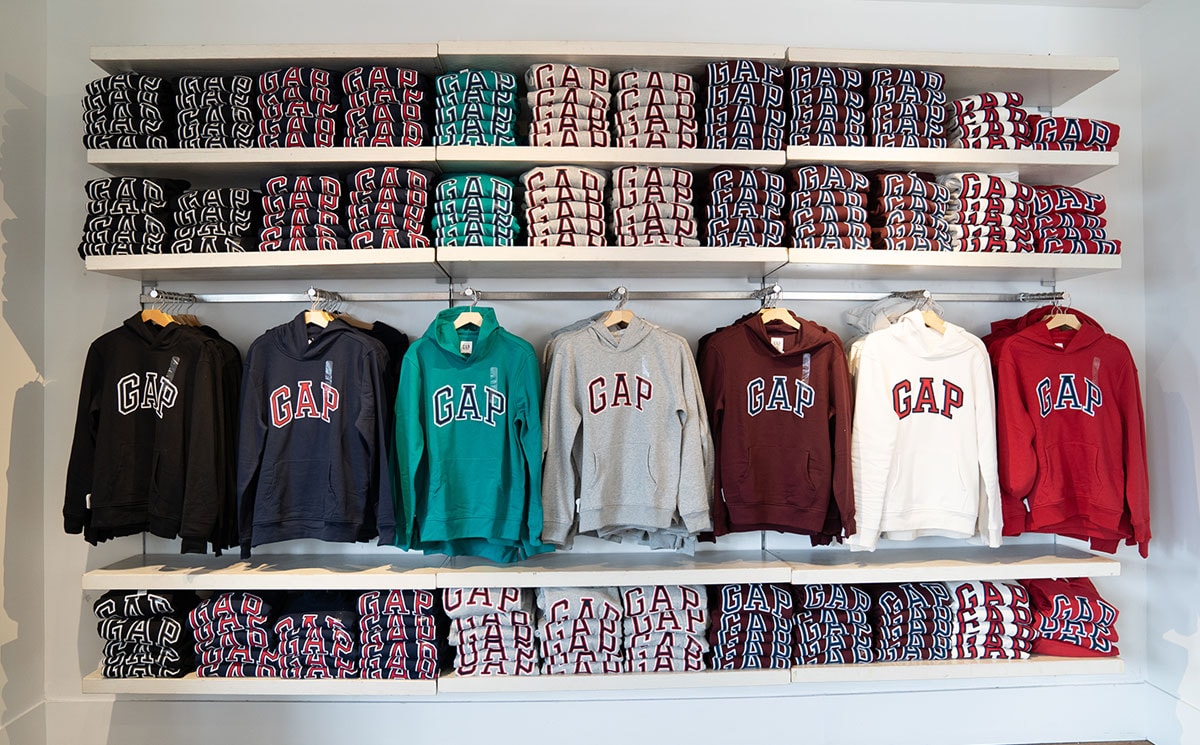 Gap Inc. has announced they will be closing an additional 225 Gap and Banana Republic stores, with additional store closures planned for 2021. The company is even closing Gap's San Francisco flagship store. Although Gap is seeking net losses, they are still performing better than expected. Second quarter net sales fell 18 percent year over year to 3.3 billion dollars, with sales at Gap down 28 percent, Old Navy down 5 percent, Banana Republic down 52 percent and Athleta up 6 percent.

Like the majority of apparel retailers, Gap took a major hit to their business over months of store closures. They were even sued for unpaid rent on one of their New York Midtown stores. The bright side for Gap Inc. is they have seen their e-commerce sales more than double from last year.

Gap has also been selling face masks, which have added 130 million dollars to their revenue. E-commerce has brought in 3.5 million new customers, representing 165 percent increase in customer acquisition.

Some of the biggest news coming out of Gap this year is the 10-year deal they signed with Kanye West and his Yeezy brand for a collaboration. The collaboration is expected to expand Gap's customer base and boost revenues. Kanye West's Yeezy sneakers are known to sellout very quickly.

Under the management of Gap Inc. CEO Sonia Syngal and CFO Katrina O'Connell the company has taken a tough approach to returning to profit. The number of stores in their fleet continue to be slashed and a heavier focus is being placed on e-commerce. Gap Inc. has faced many tough economic challenges including the shift of consumers to online shopping, declining traffic in malls where many of their stores are, and a shrinking customer base for middle market brands.

Athleta seems to be the shining hope of the future for Gap. As more consumers turn to shopping for work from home life and the global athleisure market is still growing, Athleta is seen as a billion dollar brand that is only going up from here. While a recession and years of poor performing stores are still weighing on Gap Inc., their turnaround appears to be well on the way.