Designer Gareth Pugh brought dystopia and decadence to London Fashion Week with a vision of the city populated by masked women in blood-red superhero-style jumpsuits.

The 37-year-old British designer's presentations can swing between classic fashion shows and militant occasions, and on Saturday, he stuck by his reputation.

In Pugh's world, London is a sordid concrete jungle, covered with asphalt and choking in thick, toxic fumes.

In this urban nightmare, the revolt of an "outsider society" is born, driven by a "flat out rejection of conservatism", according to the fashion label, and stalked by warlike and provocative women.

Shod in paramilitary boots, they slip into tight-fitting combinations decorated with geometric patterns, and conceal their faces behind masks sometimes reminiscent of Spiderman. 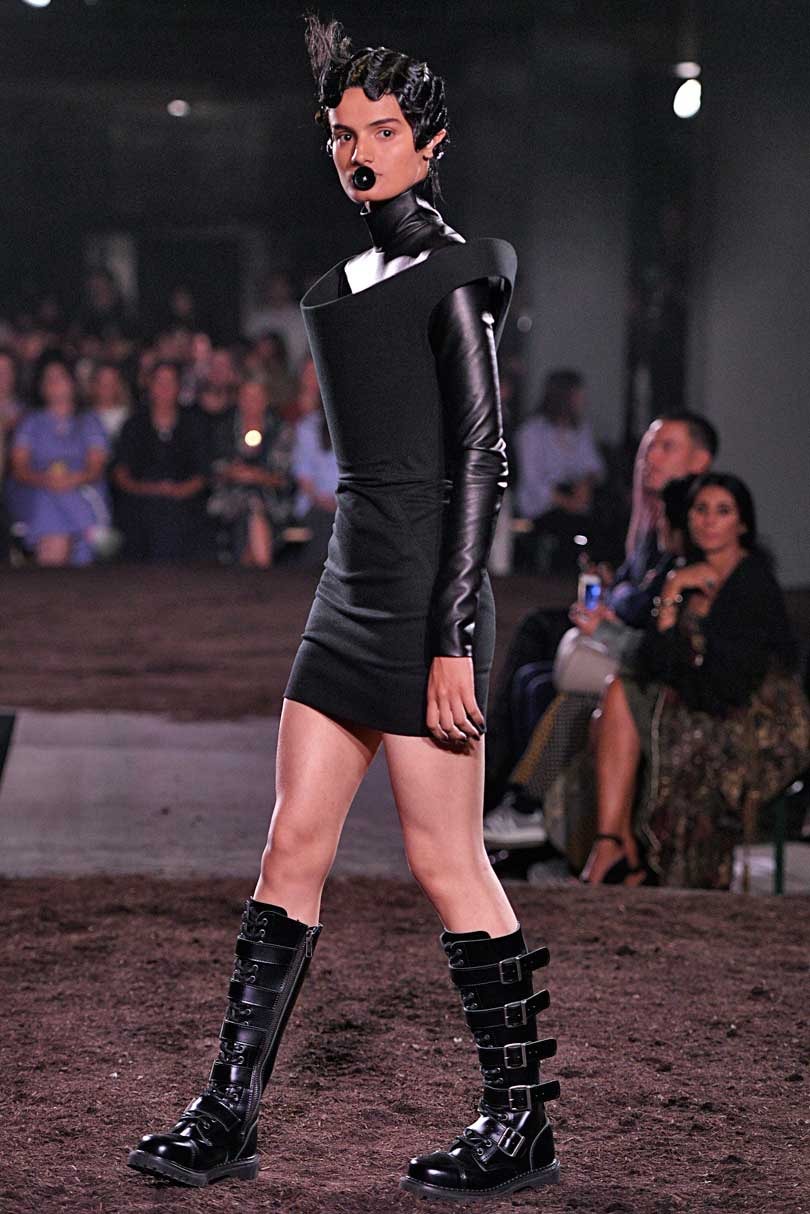 For weapons, they carry large red or black fans that they wave insolently while marching up the podium.

Rebellious and bellicose, they sport leather kimonos, super-short black dresses, or waterproof plastic revealing dominatrix-style bustiers and garters. The show was also a tribute to the British creator Judy Blame, a punk culture icon who died this year aged 58.

"Judy was uncompromising, ungovernable and fiercely anti-establishment. He was a creative extremist," said Pugh, who could legitimately claim the same qualities.

In one of Saturday's earlier shows, Jonathan Anderson displayed a much less dark and tortured world view.

The artistic director of the luxury British leather goods firm Loewe, considered one of the most talented designers of his generation, presented the new line of his own brand, J. W. Anderson. 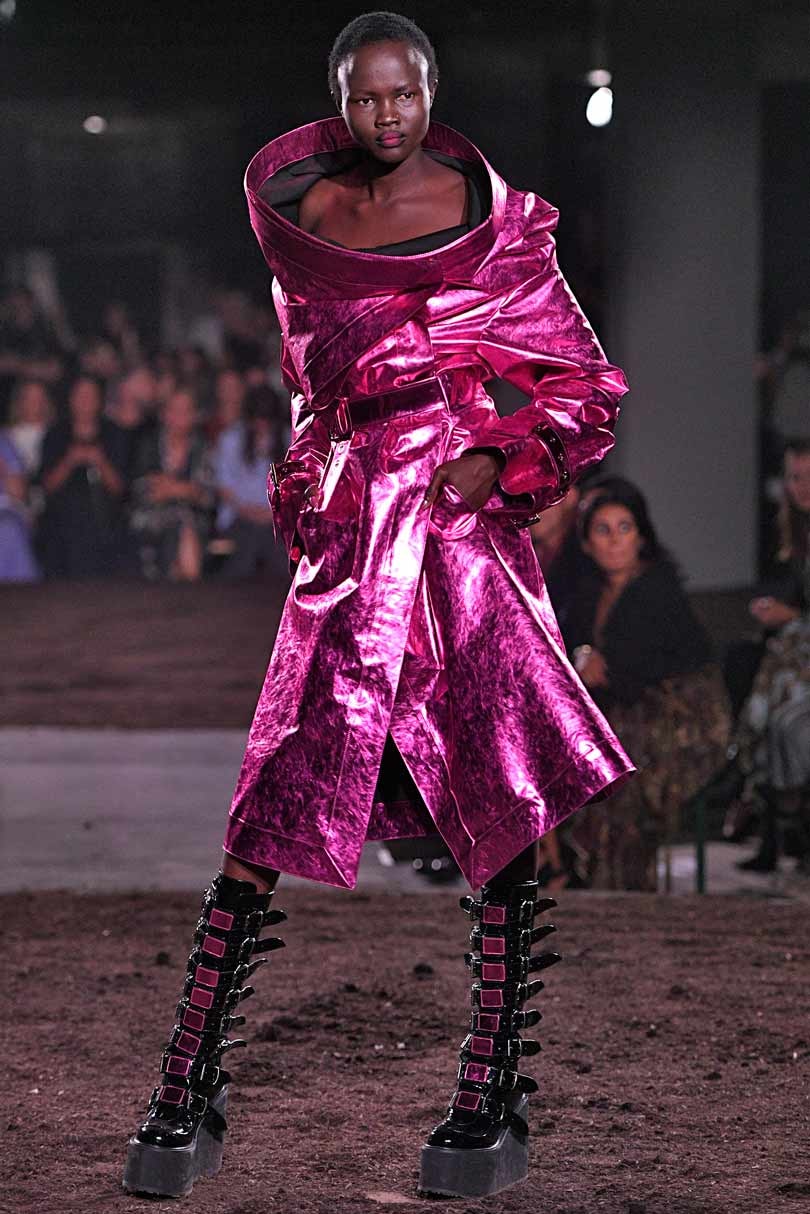 The key word is "fluidity", he told reporters. His bohemian designs are loose and airy, covered with mesh and lace. The colours are earthy and organic: cream, ochre and cobalt blue.

London Fashion Week runs until Tuesday, with dozens of shows around the city. 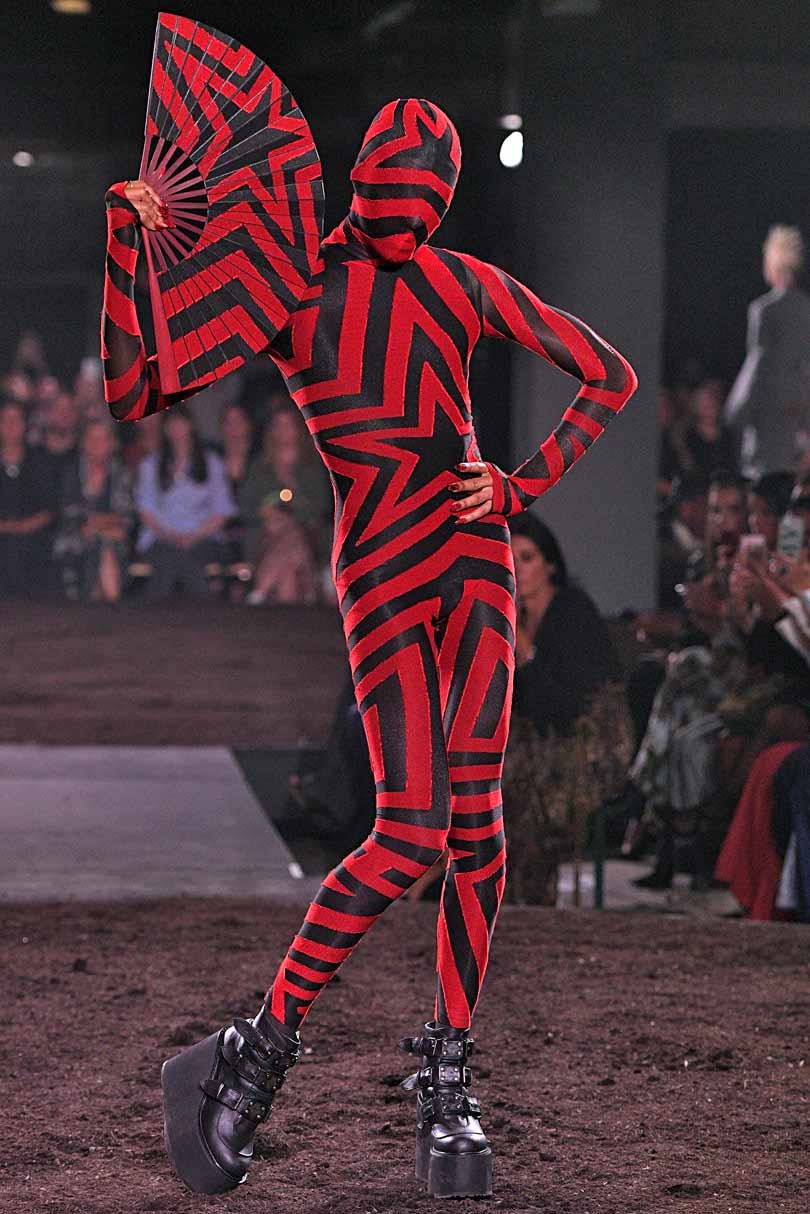 However, all eyes are on Victoria Beckham, who will be making her LFW debut on Sunday.

The 44-year-old designer made her fashion debut in New York in 2008. Ten years later, the former Spice Girls singer is a creator respected by her peers, at the head of a company valued at more than 100 million euros by the trade press.

The other highlight of LFW, which is dedicated to spring-summer 2019 collections, takes place Monday, with another premiere: former Givenchy star Riccardo Tisci for Burberry.(AFP) 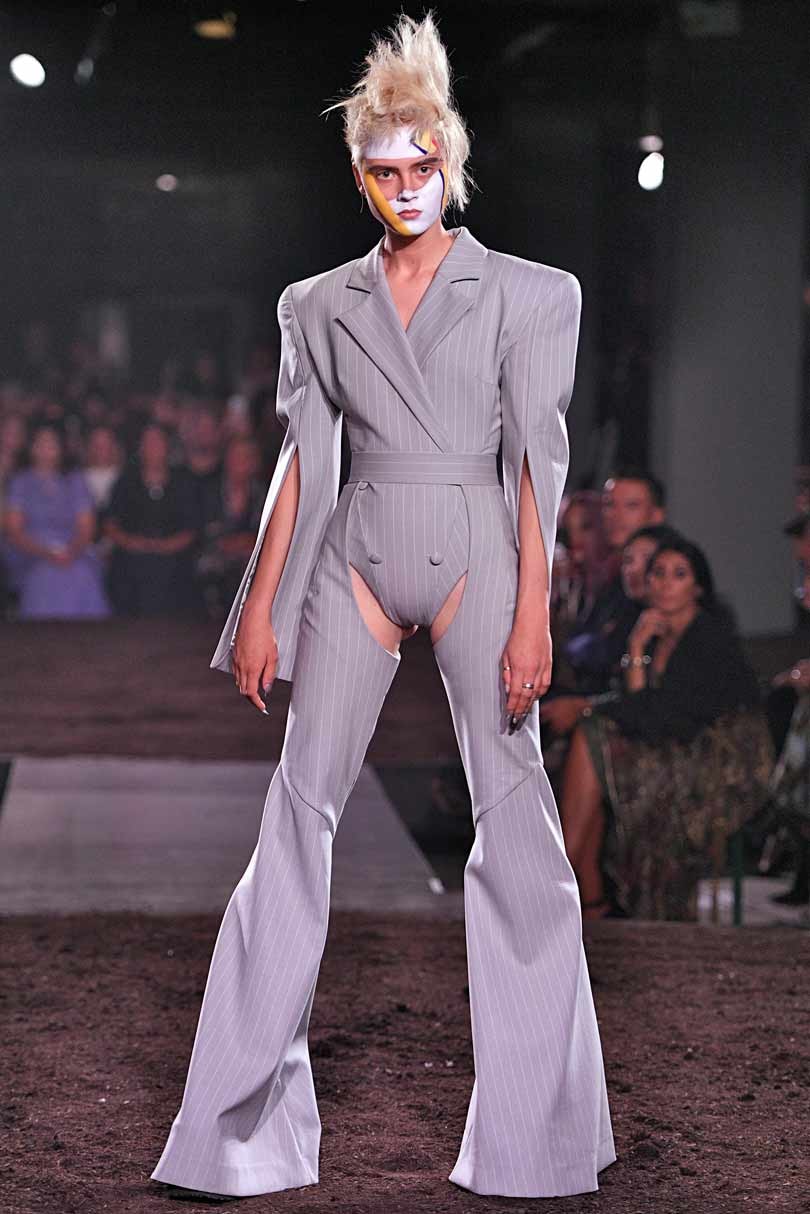