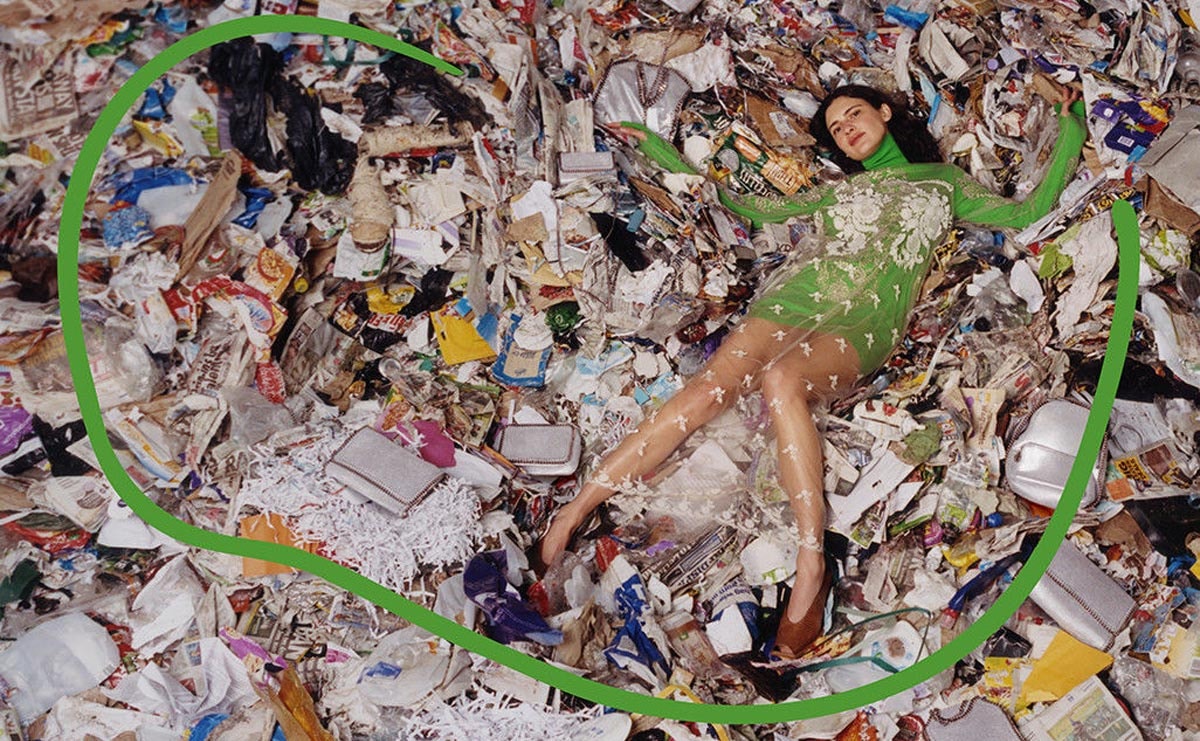 The government has rejected all recommendations made by the Environmental Audit Committee’s ‘Fixing Fashion Report: Clothing Consumption and Sustainability’ report published in February.

The report called on the government to “end the era of throwaway fashion” through multiple recommendations covering environmental and labour market practices, including introducing a one penny charge on each item of clothing to pay for better clothing collection and recycling, as well as a ban on incinerating or landfilling unsold stock, and mandatory environmental targets for fashion retailers with a turnover above 36 million pounds. All of which the government has rejected.

Environmental audit committee chair Mary Creagh MP said in a statement: “Fashion producers should be forced to clear up the mountains of waste they create. The Government has rejected our call, demonstrating that it is content to tolerate practices that trash the environment and exploit workers despite having just committed to net zero emission targets.

“The Government is out of step with the public who are shocked by the fact that we are sending 300,000 tonnes of clothes a year to incineration or landfill. Ministers have failed to recognise that urgent action must be taken to change the fast fashion business model which produces cheap clothes that cost the earth.”

On workers’ rights Creagh added: “We presented the Government with the evidence that it has failed to stop garment workers in this country being criminally underpaid, despite its claim that the number of national minimum wage inspectors has increased.

“The public has a right to know that the clothes they buy are not produced by children or forced labour, however, the Government hasn’t accepted our recommendations on the Modern Slavery Act to force fashion retailers to increase transparency in their supply chains.

“This is plain wrong. The Environmental Audit Committee will be closely monitoring steps that the Government claims it is taking to address the problems exposed in our report.”

On adding a new Extended Producer Responsibility (EPR) scheme to reduce textile waste with a one penny charge per garment on producers, the government said it would “consider” the report’s recommendations, however, added no details on when the scheme would be introduced, stating that a consultation could run as late as 2025.

With regards to imposing a ban on incinerating or landfilling unsold stock that can be reused or recycled, the government rejected the recommendations and said that it “considers positive approaches are required to find outlets for waste textiles rather than simply imposing a landfill ban”.

The government also didn’t accept the concept of adding mandatory environmental targets for fashion retailers with a turnover above 36 million pounds, instead it stated that environmental savings are made by a voluntary industry-led programme, which the Environmental Audit Committee adds “fails to address evidence from WRAP (Waste and Resources Action Programme) that the impact of increased volumes of clothing being sold outweighs efficiency savings made on carbon and water”.

When challenged that the fashion industry must come together to set out their blueprint for a net zero-emissions world, reducing their carbon consumption back to 1990 levels, the government said it rejected this, and pointed to support for the voluntary Sustainable Clothing Action Plan (SCAP), coordinated by WRAP with the industry working towards targets to reduce carbon emissions, water and waste.

The government’s response to recommendations that the scheme should reward fashion companies that design products with lower environmental impacts and penalise those that do not, was that it was instead focusing on single-use plastic in packaging, not clothing. While suggestions that the government should follow Sweden's lead and reduce VAT on repair services, it added that there was “little evidence a VAT reduction has been effective in Sweden or that savings have been passed on to consumers”.

Image: courtesy of Stella McCartney - where the British designer highlighted how “disposable” items are harmful to the environment in her AW17 advertising campaign