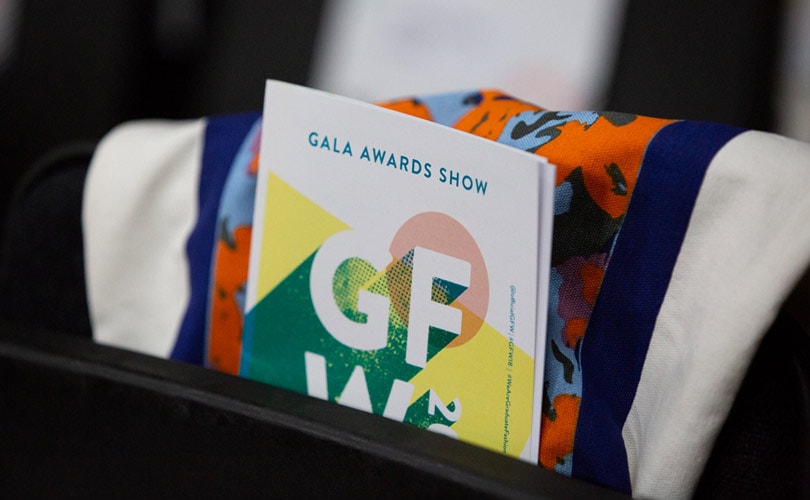 Graduate Fashion Week ended its latest edition in London this week with an awards ceremony that recognised the future talents of tomorrow. 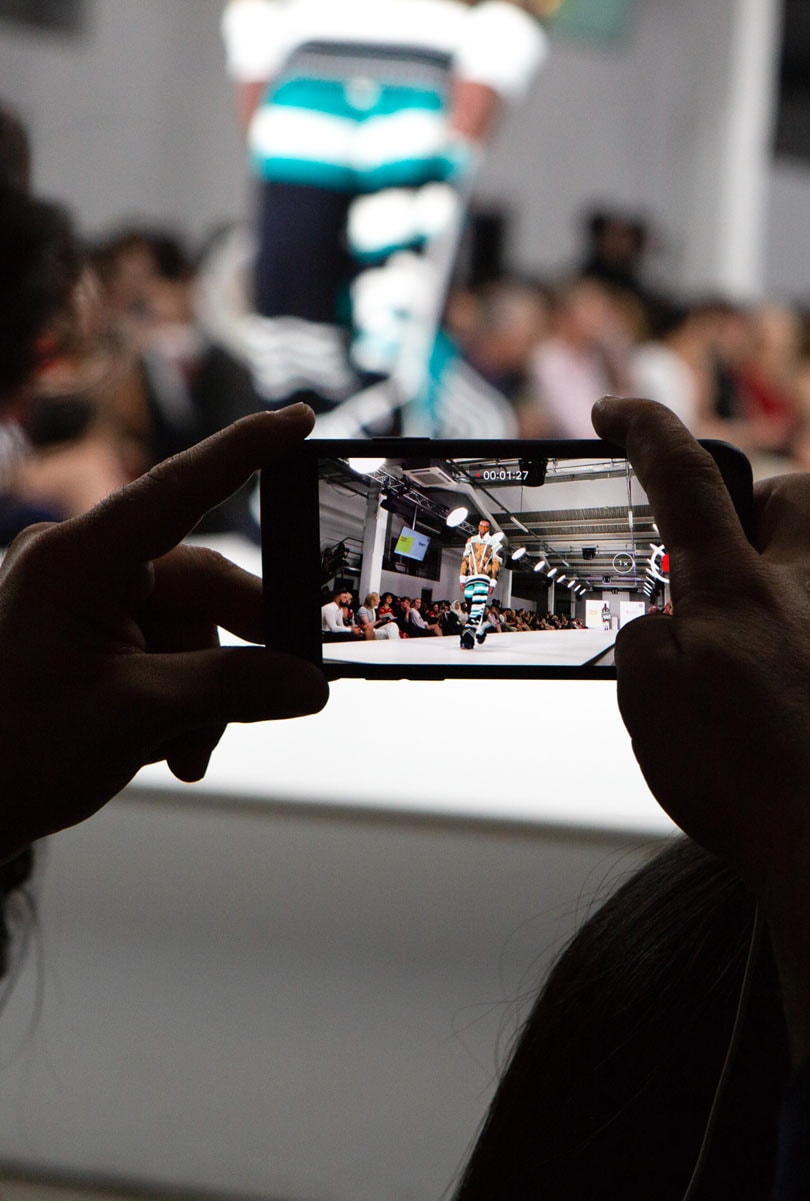 The Graduate Fashion Week Gala Award show, which took place on the last day of the event announced the winners of 18 awards offered by the sponsors of the event. Fashion graduates who took home a prize included Rebecca Wilson, Aurélie Fontan and Evelyn Babin. The judges who selected the winners included fashion heavy-weights Diane von Furstenberg, who awarded the Gold Award, Oliver Spencer and Henry Holland. 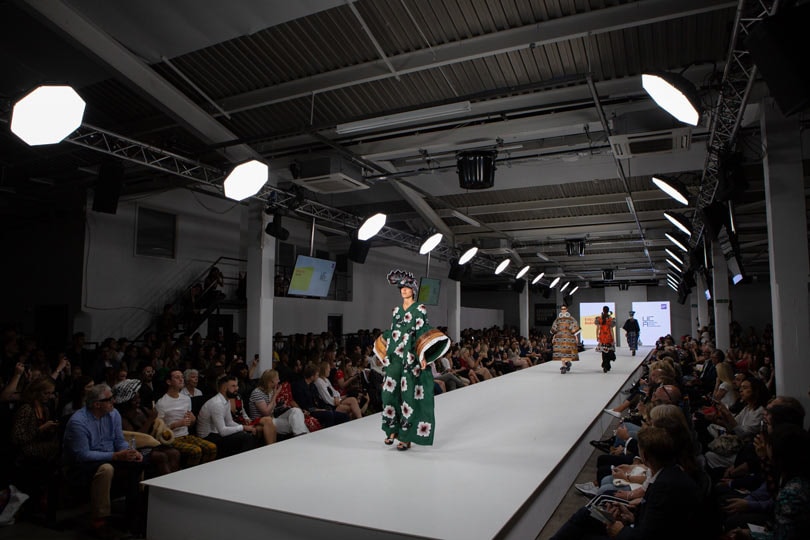 Professor Caryn Franklin MBE opened the award ceremony, which was held at the Truman Brewery in Shoreditch, with a message from Prime Minister Theresa May. "I wanted to wish you every success for your Gala show, and to congratulate the winners of tonight’s awards," read the message. "I am very proud of the UK’s fashion industry. From street style to haute couture, some of the most iconic brands and biggest names in the business hail from the UK." 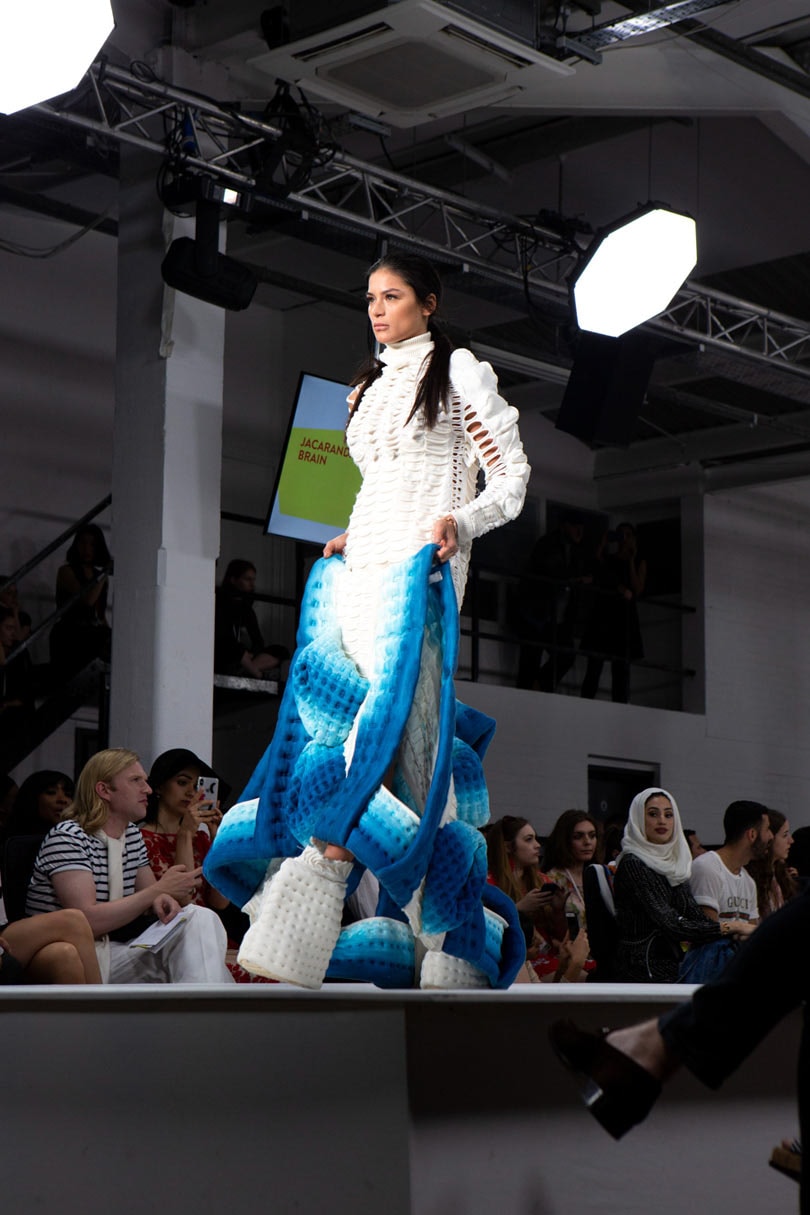 "We are leaders in design, innovation, textiles, and our fashion colleges and universities are among the very best in the world...Graduate Fashion Week, plays such an important role in the process of identifying and nurturing the very best of new talent at this crucial stage in their careers, helping ensure the next generation of gifted individuals can go on to secure leading roles in the industry." 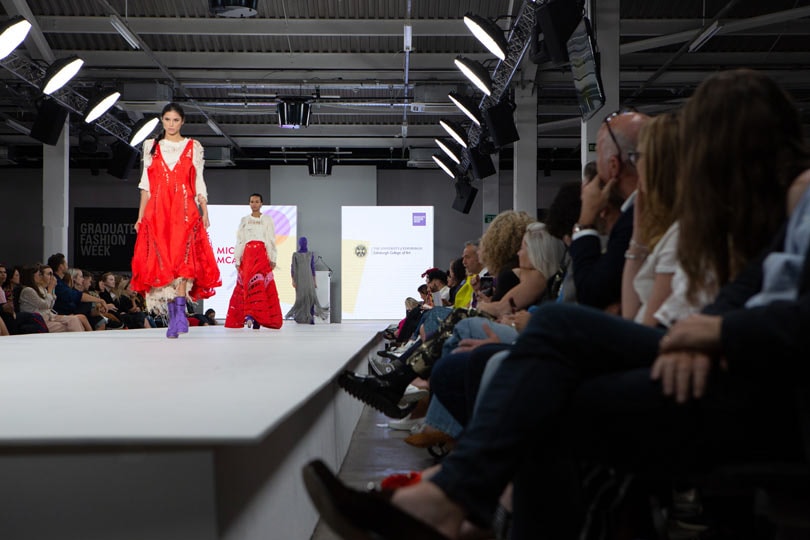 "I feel ecstatic, can’t believe it, what an incredible award to win," added Wilson on her win. "My collection is inspired by Victorian working-class clothing and Victorian family portraits looking at the beauty in the wear and tear of garments." The Debenhams Menswear Award was presented to Hannah Gibbons, from the University of Brighton, for product development and textile design. "Amazing, it's so nice to be working on something for years and to have received such a great response to it," said Gibbons. 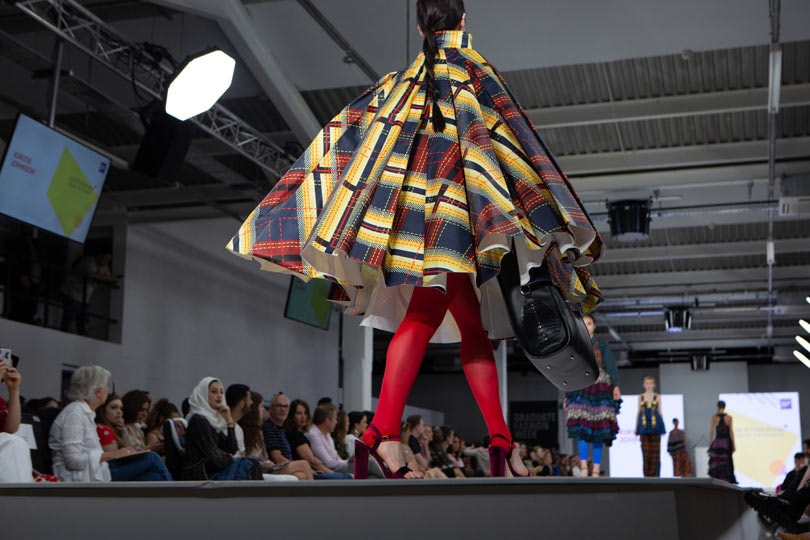 M&S Womenswear Award was presented to Aurelie Fontan, from Edinburgh College of Art, who also won the Dame Vivienne Westwood Sustainable and Ethical Award Sponsored by Levis. The Visionary Knitwear Award went to Fraser Miller, a graduate from De Montfort University, and Jacaranda Brain, from Nottingham Trent University, as the judges were impressed by their different approaches, they felt they both deserved the visionary title. ​ ​ "Really happy, really nice to have won a collection based on a weird little creature under the sea that I based a sculpture on,” said Jacaranda Brain on her joint-win.

The Hilary Alexander Trailblazer Award, sponsored by Swarovski , went to Evelyne Babin, from the University for the Creative Arts Epsom and The George Catwalk to Store Award went to Louise Clarke, a graduate from the Manchester School of Art. The Bonmarché Fashion For All Award went to Bethany Wainwright, a graduate of the University of Central Lancashire, for her inclusive designs. "Feeling nervous relieved and shocked! It’s all about Nude underwear for all different skin colours and sizes, celebrating women and what we stand for," said Wainwright on her win. 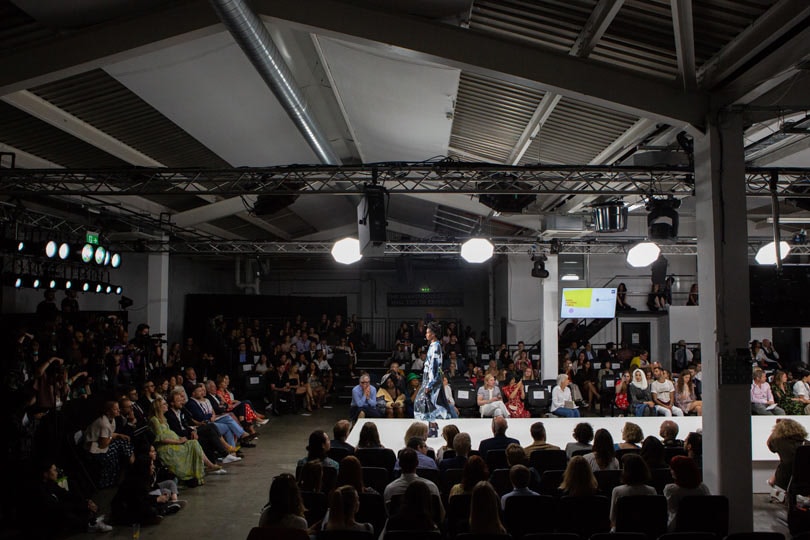 ​The Catwalk Textiles Award went to Aurelie Fontan, a graduate from the Edinburgh College of Art and the Clarks Footwear Award was awarded to Charles Mein, from the Arts University of Bournemouth. The TU at Sainsbury’s Womenswear Scholarship went to Jennifer Healy, a graduate of the Manchester School of Art. "Feeling overwhelmed, I didn’t expect it at all, 60 kitsch and abstract art inspired," said Healy on her win.

The Tu at Sainsbury’s Menswear Scholarship was awarded to Molly Hopwood, from the University of Leeds, whose collection was based on denim and sustainability."The collection is sustainable and that's something I'm very interested in at the moment, I like the way she used vintage pieces to make new pieces, I like that whole element I think it's something that could fit in very well with what Sainsbury's and TU are up to at the moment," said Oliver Spencer, one of the judges. 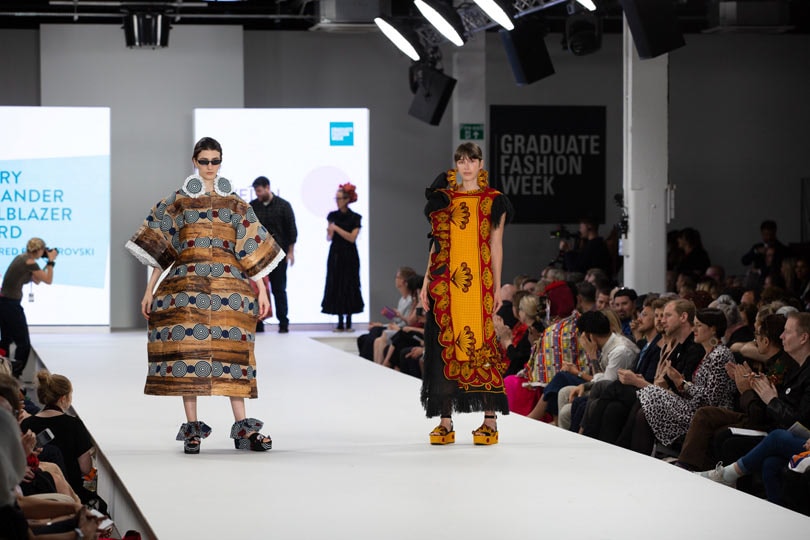 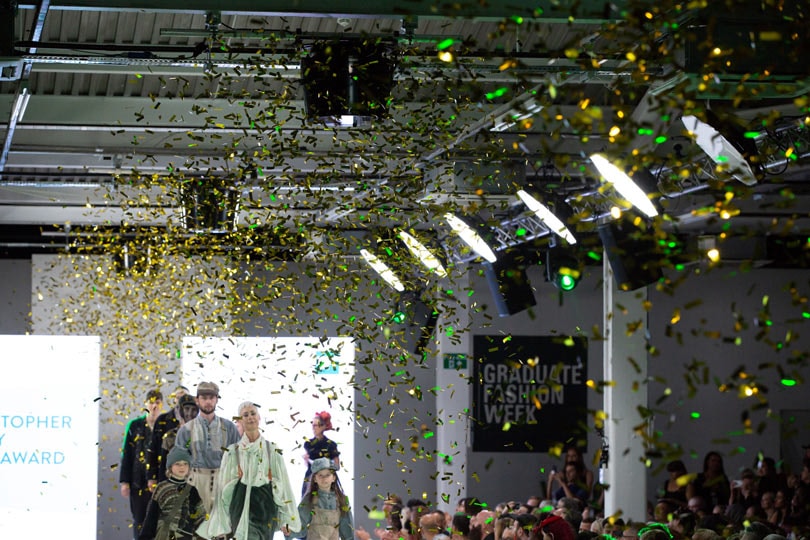 Other winners included Marta Kazmierczak (Edinburgh College of Art), who won the David Band Textiles, Sarah Fielden, from the Arts University of Bournemouth, who was awarded t he Mothercare Childrenswear Award went to and Hannah Lewin, a graduate of Birmingham City University, who won the Mothercare Catwalk Award. 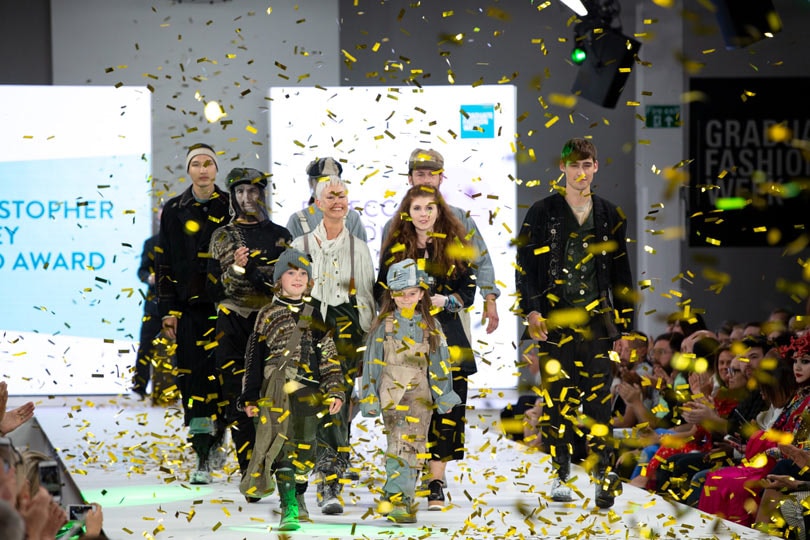 The four-day event, which took place from June 3 to 6, offered fashion graduates from more than 60 UK and international universities and colleges, a platform to present themselves and their work to industry professionals and potential recruiters. 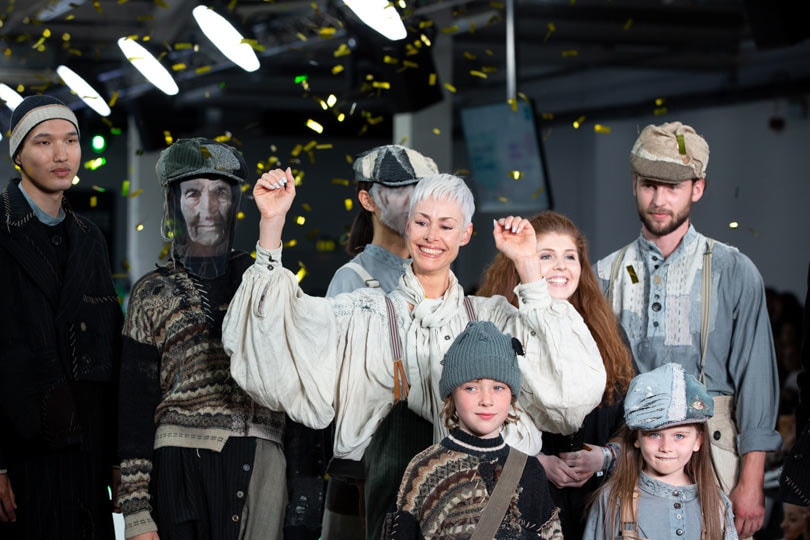