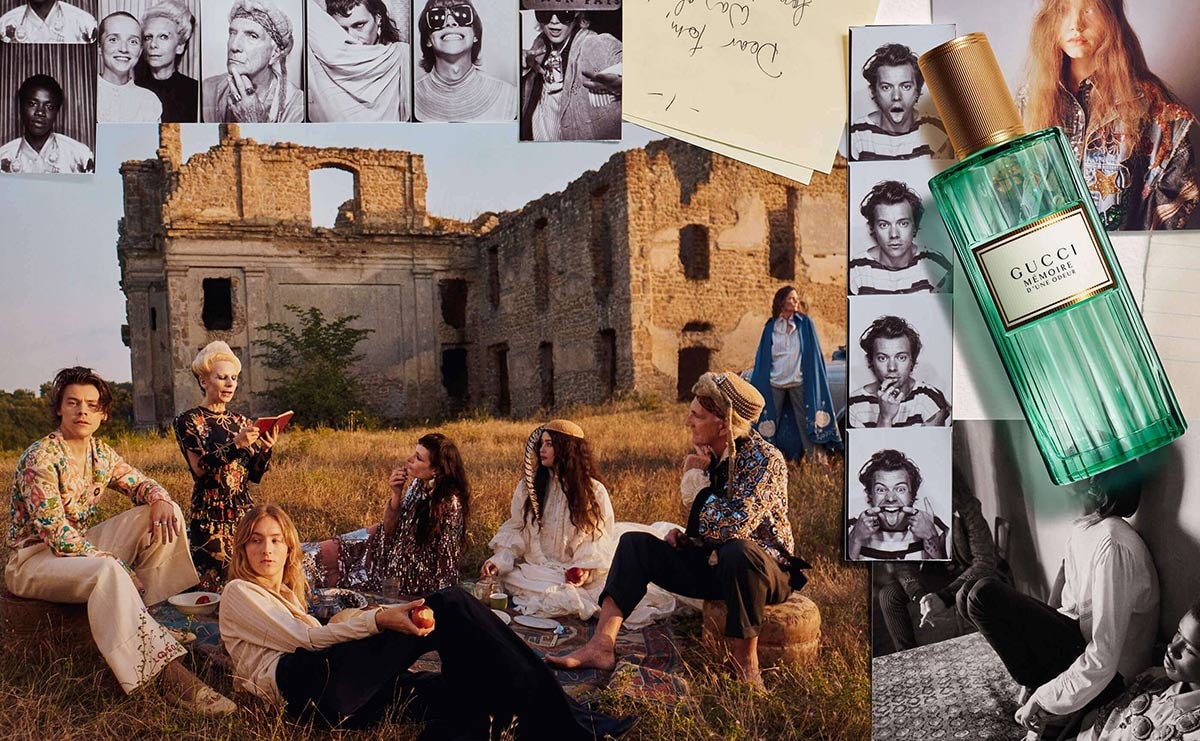 Luxury fashion brand Gucci has launched its first universal fragrance, Mémoire d’une Odeur with a new campaign for Gucci Beauty featuring famed musician Harry Styles. In a post on the Gucci Beauty Instagram, the brand announced that the scent, which was created by the fashion house’s creative director Alessandro Michele, was inspired by the “power of memories which can be relived in the present.”

The launch of Gucci’s latest fragrance is part of Michele’s efforts to vision of Gucci Beauty, which re-launched its color cosmetics in the creative director’s image.

According to Gucci’s product copy, the new fragrance is “unassigned with a gender or a time.” Mémoire d'une Odeur, which "transcends gender by its individuality," boasts fragrance notes of chamomile and jasmine, packaged in a vintage-inspired green bottle reflecting the aesthetics Michele has put to other Gucci Beauty products.