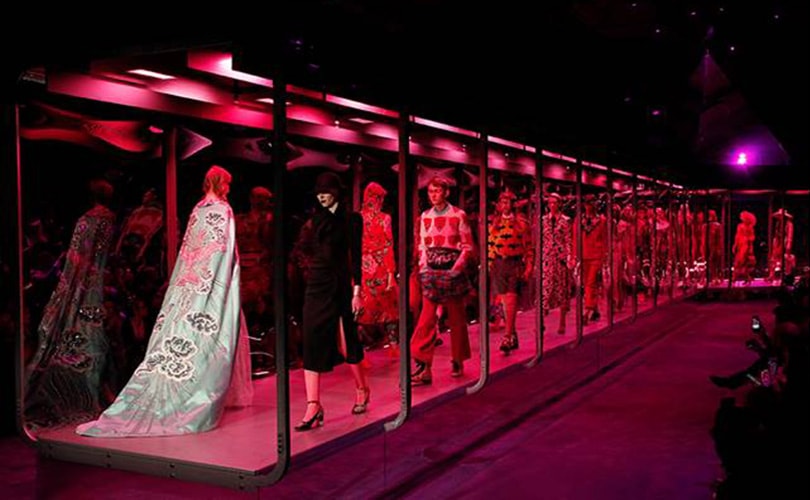 Alessandro Michele outdid himself in eclecticism on Wednesday with a foxy joint men and women's collection for Gucci -- the label's first ever -- as Milan fashion week opened. Trends for the autumn-winter 2017 season? Fox and bat motifs, gold flares, nose studs and whole-body glitter suits.

The Roman designer, who performed a radical overhaul of the once-flagging brand when he took over in 2015, pushed the boundaries even further, upping the gemstone level to extreme and pitching chains and whole-head hoods. The idea, according to Michele's notes for a show entitled "The Alchemist's Garden", was to create a collection which celebrated dualisms, including "body-spirit, good-evil, inside-outside". 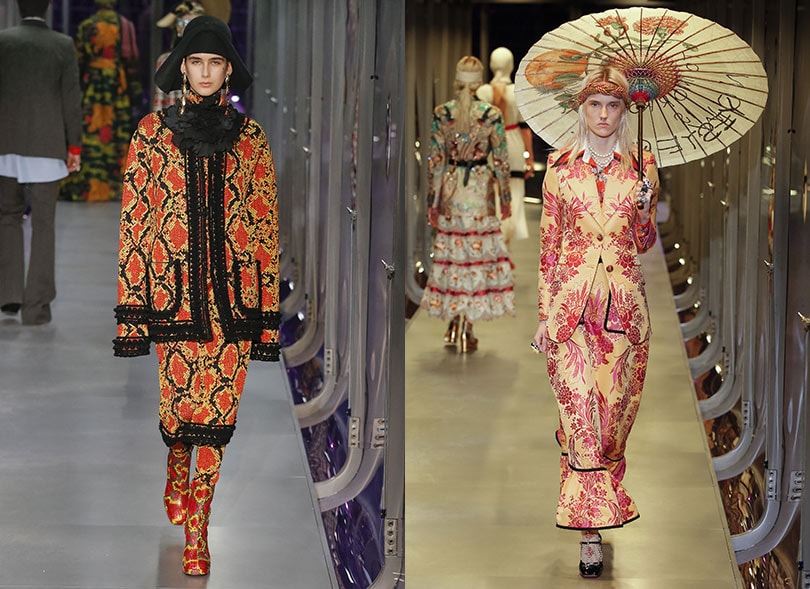 He said he was inspired by the idea that every individual hosts "a multitude of identities, conciliatory and conflicting" and the show certainly had a whiff of the schizophrenic. Models strutted down a catwalk behind perspex walls around a pyramid topped with a cockerel weather vane, with looks evoking everything from warriors -- with gold-tipped spears -- to Grand Tour ladies with vast sun hats. 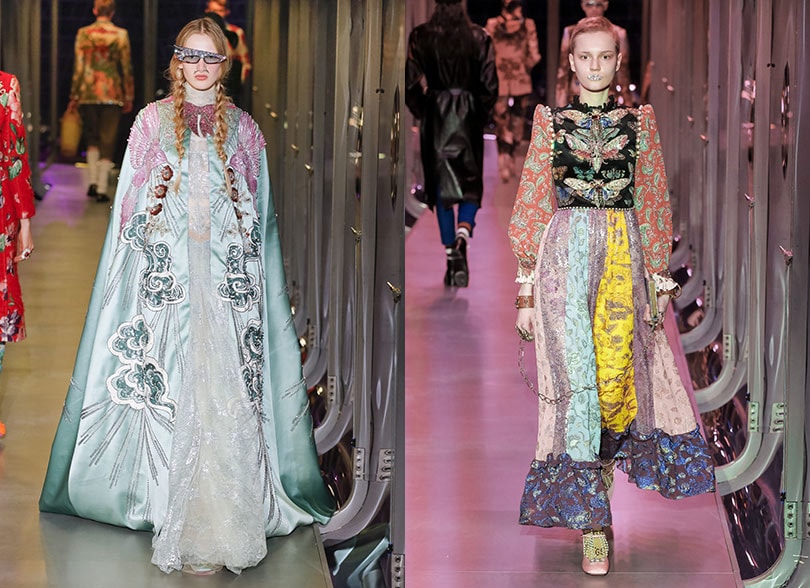 For those asking what direction the wind was blowing, the rotating cockerel said it all: every direction, everything goes. The Gucci trademark flowers were back in force -- roses, tulips, forget me nots -- while bats flitted across yellow jumpers and wolverines snarled from leggings. The austere tweedy jackets seen at Michele's spring-summer show in September were back, as were tassells -- dangling from the sleeves of a black biker jacket or off the rim of a bluebell-shaped parasol.

Flower leggings were worn under shorts, with knee-high boots and a kooky frontpack -- a backpack worn on the chest. With bags also used as the clasp of waist-high belts, coats took over as backpacks, not worn but carried hanging off straps. Hairstyles ranged from slicked-back school-marm, worn with glittering glasses, to cascading curls. 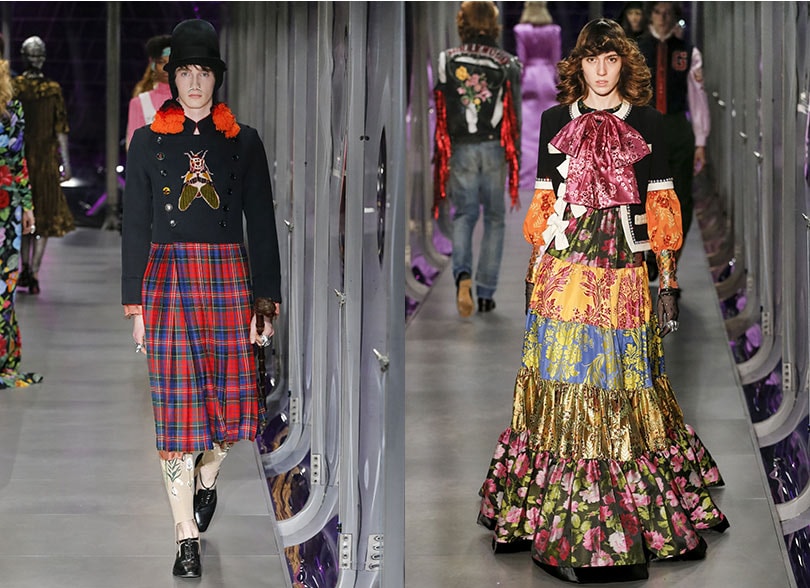 But those with bad hair days need look no further. One of Gucci's most striking pieces was a glitter whole-body suit -- think spiderman's get-up only in a metallic mesh with a jazzy, marine-green tinge. And how to accessorise? Black canes topped with white cat-head handles, fox-head rings, a glittering fox mask, or a wide studded choker linked by a chunky chain to the wrist.

Sumptuous trailing coats or princess-style ruffled evening gowns were given a "who you lookin' at" air with large nose studs. There were cheers from the front row with South Korean singer Minho, American actor Jared Leto and US rapper A$AP Rocky leading the applause. The rapper made a special appearance on the show's invitations -- a vinyl record of him reading a love letter form Jane Austen's Persuasion. (AFP)