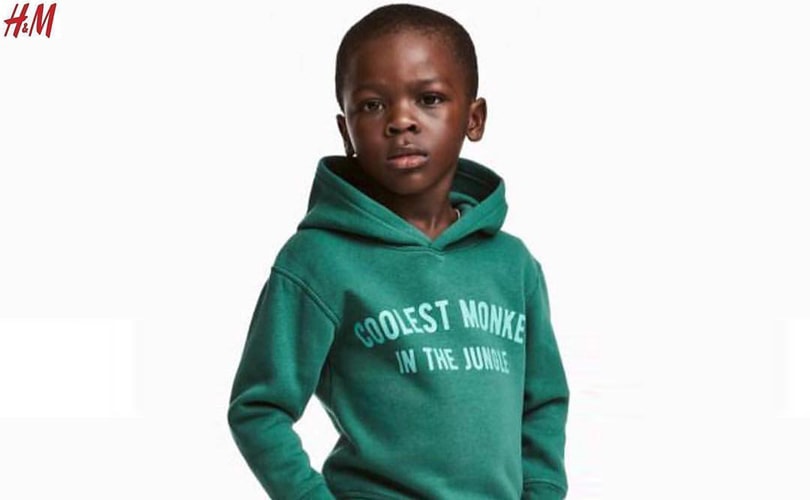 London - Swedish fashion retailer H&M is doing everything in its power to convince consumers around the world that they are “listening”. H&M has hired a Global Diversity Leader following wide-spread criticism and in-store protests in South Africa concerning a racist depiction in one of its children’s wear products.

The recent incident was entirely unintentional, but it demonstrates so clearly how big our responsibility is as a global brand. We have reached out, around the world, inside and outside H&M to get feedback. Our commitment to addressing diversity and inclusiveness is genuine, therefore we have appointed a global leader, in this area, to drive our work forward. There will be more from us soon.

“We are listening” posted H&M on its official Instagram account on Wednesday. “The recent incident was entirely unintentional, but it demonstrates so clearly how big our responsibility is as a global brand. We have reached out, around the world, inside and outside H&M to get feedback. Our commitment to addressing diversity and inclusiveness is genuine, therefore we have appointed a global leader, in this area, to drive our work forward.” The Swedish fashion brand added that “there will be more” from them soon, but did not specify who they had appointed, or where the position would be based.

However after reaching out to H&M, the company confirmed it had promoted Annie Wu to the newly created role of Global Leader for Diversity and Inclusiveness, based at its head office in Stockholm, Sweden. Wu, who has been with the company since 2012, most recently served as Global Manager for Employee Relations for the whole group. H&M’s apologetic post on Instagram has been liked more than 100,000 times, with the majority of the commenters applauding H&M for taking responsibility for the incident and taking necessary steps to ensure it does not happen again. FashionUnited has contacted H&M for further information on the new role.

We have got this wrong and we are deeply sorry. Link in bio.

The newly created role at H&M comes a few weeks after the Swedish fast-fashion retailer was under fire for selecting a black child, Liam Mango, to model a hoodie bearing the slogan ‘Coolest Monkey in the Jungle.’ Although H&M quickly removed the racist photograph and product from its global website and stores and issued an apology, for many people it was too little too late. A number of celebrities, including artists The Weeknd, rapper G-Eazy and NBA Star James LeBron all publicly condemned the Swedish retailer for creating and sharing such a racially charged image and vowed to cut all ties with H&M.

However, since then the child's parents, Teresa and Frank Mango have gone public as well, stating that did not see any racial connection to the product photograph at first glance. “I wouldn’t see such a connection to anything other than my son modeling a shirt,” Teresa explained on This Morning on ITV. “Until the controversy now, with the whole furore that is going on, then you kind of look back and wonder if you had noticed it, what would be our, or my, initial response to it.” But Teresa goes on to explain that she does not believe that the ongoing furore taking place is unjust.

“It is not an overreaction when it comes to racism, everyone should act differently based on their opinions of what racism is,” she said, adding that she had been called 'monkey' herself in the past. “To put the T-shirt and the word ‘monkey’ with racism, maybe that is not my way of looking at it ...Everybody should respect different opinions based on racism.”

H&M was also forced to temporarily shut all of its stores in South Africa on Saturday after members from the Economic Freedom Fighters ransacked a number of its stores in protest. Local police were forced to intervene and fired rubber bullets to disperse the crowd in one location after protesters turned violent.