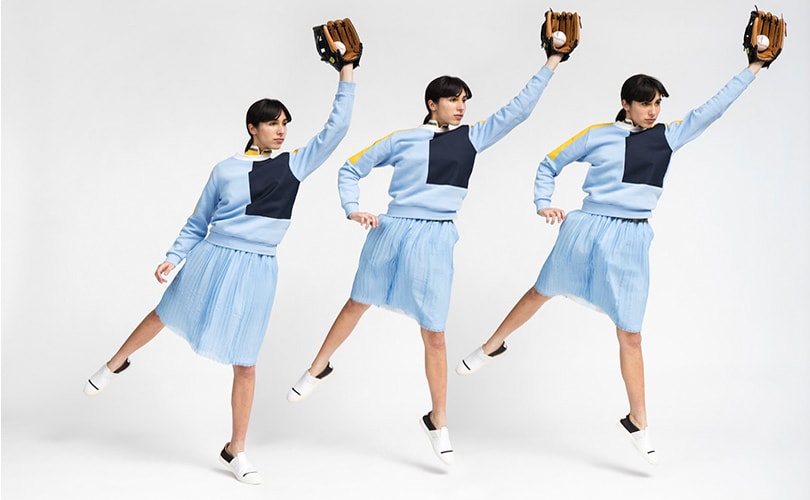 Creativity provides solutions to many problems,” says trend analyst Christine Boland. According to her, it’s the creative thinkers caught in apparently hopeless situations that come up with the answers. “We live in turbulent times, in a world turned upside down, which is exactly when creativity reigns supreme, because in times such as these fashion and design provide direction.” In this respect, Hacked By, the relatively new label created by celebrated Dutch designers Alexander van Slobbe and Francisco van Benthum, is a product of these times.

”Hacked originated from obstacles, but thinks in opportunities,” says co-founder, self-professed jack of all trades and Alexander van Slobbe’s right hand for the past twenty years, Marjon Beumer. The problem is the fast fashion model with its profusion of stores and products, its environmental issues and the downward price spiral, which has rendered fashion a disposable product. Furthermore, Hacked is a reaction to the unauthorised copying taking place in all segments of the fashion industry. Three years ago, Francisco van Benthum paused his own label. Despite the fact that various retailers sold his collections and that he had his own store with a loyal customer base, major commercial success eluded him. “Even when I was in the thick of it, I knew something was off. The pre-order system, whereby each collection had to finance the production of the next, no longer works.” At that time, his former mentor Alexander van Slobbe, who made a name for himself with the labels SO and Orson + Bodil, still had his own store where he catered to consumers directly, but he too was looking for a different path. “We were stuck,” says Marjon Beumer. “We thought there was only one way for the fashion system to survive, because for years it had been the only success formula. We now know that isn’t true.” 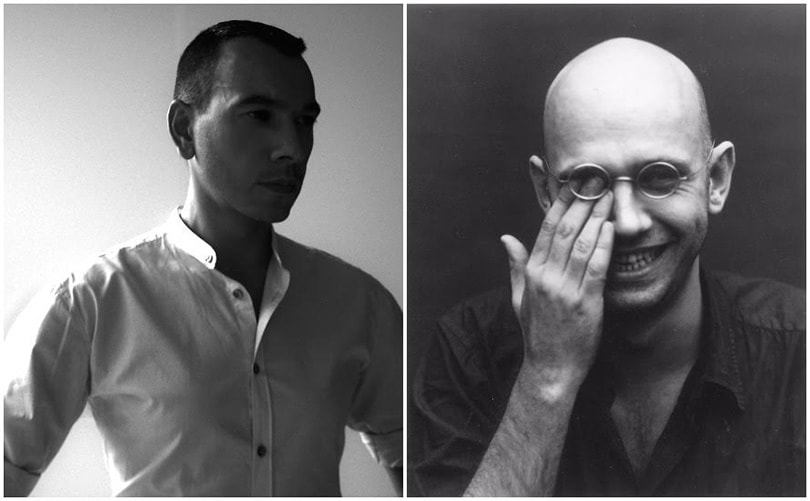 “We were stuck. We thought there was only one way for the fashion system to survive, because for years it had been the only success formula. We now know that isn’t true.”

They found the answer in the enormous amounts of apparel and material overstock at apparel manufacturers in countries including China, Turkey and Portugal. Leftovers from orders by large chains that never found their way to the stores; rejected, delayed or simply forgotten. Francisco van Benthum: “ We also found that the quality, material and cut of these products had improved considerably over the years. While designer labels used to have the upper hand due to their quality, and chains produced inferior products, this is no longer the case. So even the clothes that don’t make it to the stores are good. Huge amounts of quality material are destroyed or end up in an underground economy of buyers and vendors. Such a waste.” By using the remnants of that very fast fashion industry that had turned the fashion world on its head, Van Slobbe and Van Benthum were able to launch a new brand. With Hacked, they buy the overstock and reuse their own design patterns to make new pieces. The collars feature the names ‘Van Slobbe Van Benthum’. The project also holds a symbolic meaning for the designers. “By hacking into the system, we are taking something back from the chains, while also showing that we appreciate their products. We’re not destroying anything, simply adding a layer, thereby creating a new product,” Van Benthum explains. It all started with a small collection for designer store Droog in Amsterdam and a one-off project for an exhibition in The New Institute in Rotterdam, but Hacked turned out to be such a success that the aspirations for the brand new label grew. Would it be possible to build Hacked into a major brand concept that makes use of the current fashion system while also offering a competitive product?

”All we see are advantages”

”Of course, it’s an enormously ambitious plan,” Van Benthum admits, “but we are stimulated by the thought process. All we see are advantages. By working in this way, we can keep the sale price low, because we’re not encumbered by start-up costs for patterns and development. All series are produced and finished locally, which allows us to keep and expand the infrastructure of fashion production at home.” Hacked also benefits manufacturers and retailers. The brand produces and delivers upon request and manages that within about a week. Retailers are therefore able to constantly offer new and adequate products in their stores. What doesn’t sell in a store is withdrawn and used again. Moreover, Hacked doesn’t adhere to the regular fashion calendar and produces in off-peak periods, when manufacturers aren’t inundated with work.

Would it be possible to build Hacked into a major brand concept that makes use of the current fashion system while also offering a competitive product? 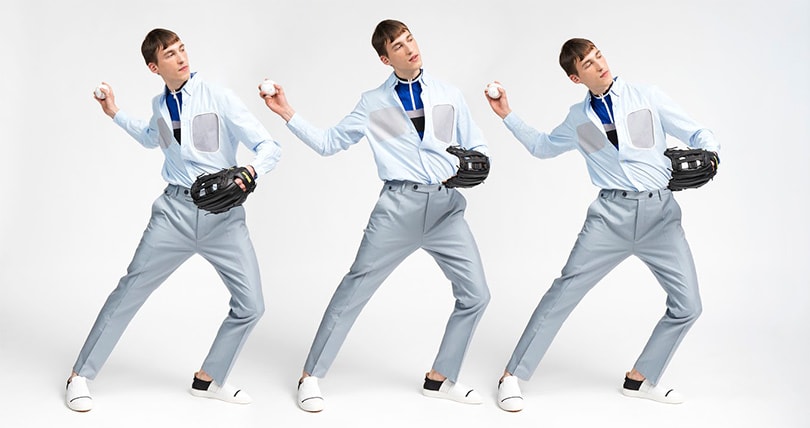 Fast forward to two years later: what began as a test case has become a brand. Hacked is sporty and wearable, for both men and women, with apparently simple cuts, but remarkably worked out and detailed. Plenty of jerseys and knits; T-shirts, shirts, dresses, but, for example, no complex constructed jackets. An affordable brand with its own identity. Van Benthum: “Until now, we primarily focused on tops, because there is such a surplus of jersey T-shirts. Moreover, a T-shirt is easily transformed into something new: add a pair of new sleeves, a new wash, embroidery, applications, a collar.” And it works. Hacked appeals to fashion lovers and fans of Van Slobbe and Van Benthum, but also consumers who had never heard of the designers buy it as well because it’s uncomplicated and approachable. In the meantime, the two designers are enjoying themselves tremendously. “We are able to be as creative as we like, despite the fact that it might not be a thoroughly considered design statement. Moreover, it is being very well received and sold, which is great.”

The brand is now available at ten stores in The Netherlands. Big names like Margreeth Oltshoorn in Rotterdam, Coming Soon in Arnhem and X-Bank and Frozen Fountain in Amsterdam. On 13th of July, Hacked will for the first time present a collection during Amsterdam Fashion Week. In the same place where Francisco van Benthum launched his own menswear label Wolf in 2005. Hacked is included in the program for opening night, traditionally the most popular and best-attended evening. A special collection is being developed for the occasion, which will be available for sale on location after the presentation – “we’re not sure yet if it will be a catwalk show or something entirely different”. 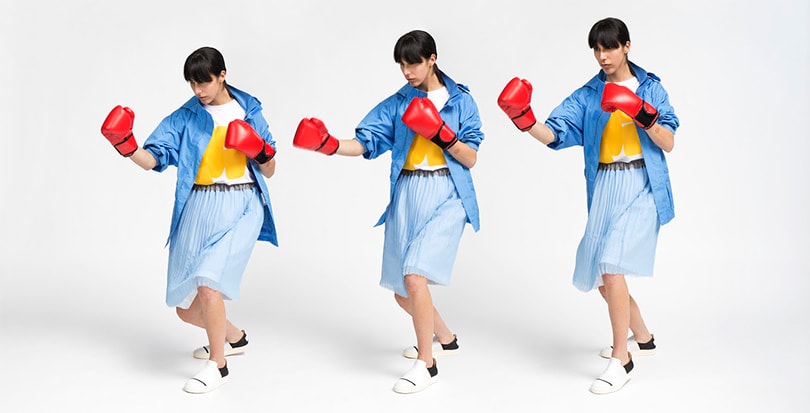 Hacked is looking for a partner

Hacked works and is, according to its founders, a viable alternative to the existing system. Furthermore, Hacked provides the opportunity to complete the cycle and set up a circular system. The need for a circular fashion system was a key issue during the last edition of the Copenhagen Fashion Summit, which took place in May. Van Benthum and Van Slobbe are not the only ones to identify the opportunities. A fast fashion chain – who shall remain nameless – had already approached them and the plan for Hacked to rollout internationally had been made. However, the fact that this fashion chain did not publicly want to associate itself with overstock proved to be an obstacle. A better match was made last year by joining forces with Kings of Indigo, whereby Hacked went to work on the brand’s Koi jeans. “That was a match for both parties.”

Hacked currently works on a small scale. “There’s just the three of us and together with a team of freelancers, we can just about manage ten to fifteen stores.” But the time has come for the next step. Van Slobbe and Van Benthum are looking for a partner. A brand or retail organisation with enough clout and manpower to be able to scale Hacked up and eventually launch the brand internationally. Beumer: “I think this project could also work well abroad, but in order for it to work you have to first have a back office and a well-oiled sales organisation to market it. Until now, we’ve been doing it entirely on our own and with the use of our own network.” Van Benthum: “Hacked’s real strength lies in the opportunities for up scaling. A bag of money is of no use to us; we are looking for an organisation. Not money, just people.”

How does it work?
The fashion and textile industry suffers from significant overstock of manufactured and semi-manufactured apparel. The reason for this is that too much is being produced, products are rejected or not finished on time, therefore missing delivery. Many of these items are destroyed, while others end up in an underground economy of buyers. Hacked has access to a network of manufacturers and buys their overstock. This might entail buying up hundreds of T-shirts or ten button-down shirts. Hacked transports the overstock to the Netherlands, where designers Francisco van Benthum and Alexander Slobbe make over the garments. Any brandtags are removed. In each collection, Hacked works with the available material and with its retail clients in mind. Small amounts are still made in-house. Larger amounts are sent to manufacturers in the Netherlands. The designers themselves always make the first item, recycling their own design patterns for this purpose. Once the pieces have been made, they are sent to the points of sale. And from there, a hacked piece will find its way into the hands of the consumer

About the designers
Francisco van Benthum (1972) and Alexander van Slobbe (1959) are both well known Dutch fashion designers. Alexander van Slobbe founded Orson & Bodil in 1989 together with Nannet van der Kleijn. International fame came in the nineties with his next label So which currently still operates stores in Japan although Van Slobbe is no longer part of the company. He is also well known for his collaboration with Puma from 2002-2009.
Francisco van Benthum met Alexander van Slobbe when he worked at So. After his studies he founded menswear label Keupr/van-Bentm with Michiel Keuper. In 2003 he went solo and founded his own label Wolf/van Benthum. Francisco van Benthum is considered one of the best Dutch menswear designers and has won numerous fashion awards in The Netherlands like the fashion award of the Prins Bernhard Cultuurfonds.