Textile manufacturers AW Hainsworth, a royal mill based in Yorkshire, has launched a multi-university contest to support emerging fashion talent and crown one student as its Hainsworth Young Designer of the Year.

Hainsworth, famous for creating ceremonial uniforms worn by the Royal Family, is looking to place a spotlight on emerging fashion talent outside of London, by tasking four Northern-based universities with a design brief to create a fashion garment that celebrates innovation whilst respecting the premium woollen mill’s rich heritage.

Entitled, 'Respect the Past, Create the Future’, students from Manchester Metropolitan University, Northumbria University, Teesside University and University of Huddersfield undertaking BA (Hons) courses in fashion design, will compete to be named the Hainsworth Young Designer of the Year.

In a statement, Hainsworth said: “Although a world away from today’s demands of high fashion, Hainsworth’s heritage is what has made its cloth the envy of woollen mills globally.

Throughout early 2020, Hainsworth will visit the competing universities to judge the garments and one winner from each university will be selected, each receiving a cash prize of 250 pounds. The four finalists will then be invited to the Hainsworth mill to present their garments, where an overall winner will be selected to be named Young Designer of the Year, as well as winning 1,000 pounds. 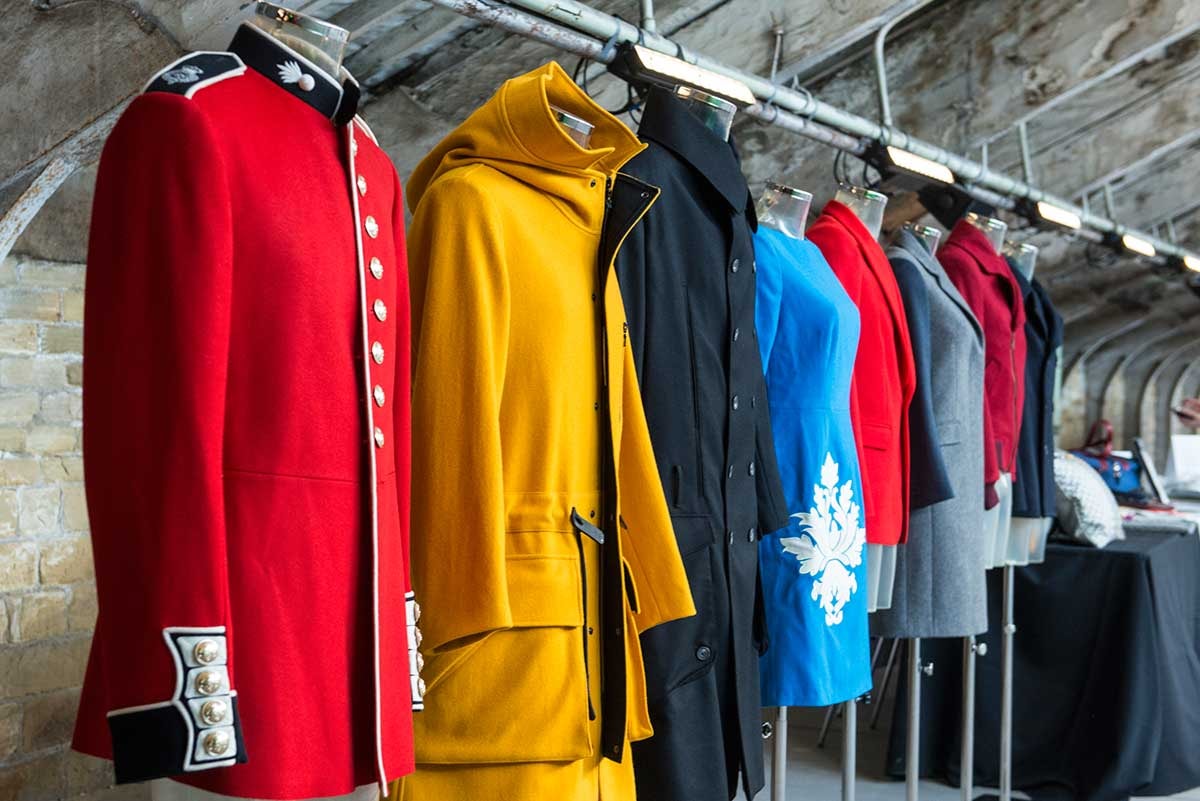 Producing premium textiles on the same site in West Yorkshire since 1783, Hainsworth are extremely proud of their northern roots, and over the years it has launched a number of successful design briefs over the years, as well as creating and presenting awards at the New Designers exhibition. However, this year sees the development of their biggest student project to date as it looks to expand its support of emerging talent in its local area by selected universities to based north of Manchester.

“It is hoped that the project will shine a spotlight on emerging fashion talent outside of London.”

Hainsworth premium woollen cloths are used for high-quality fashion apparel, costume design and ceremonial military dress, as well as for fire PPE, piano felt, aviation interiors and cue sports. One of its most famous styles is the striking scarlet cloth that is still worn by the Royal Guards outside Buckingham Palace.

The historic mill also has lots of military links as the first khaki worn by the British Army from 1899 was developed exclusively by Hainsworth in conjunction with the University of Leeds, and it was Hainsworth that put the RAF in blue when they separated from the British Army in 1918.