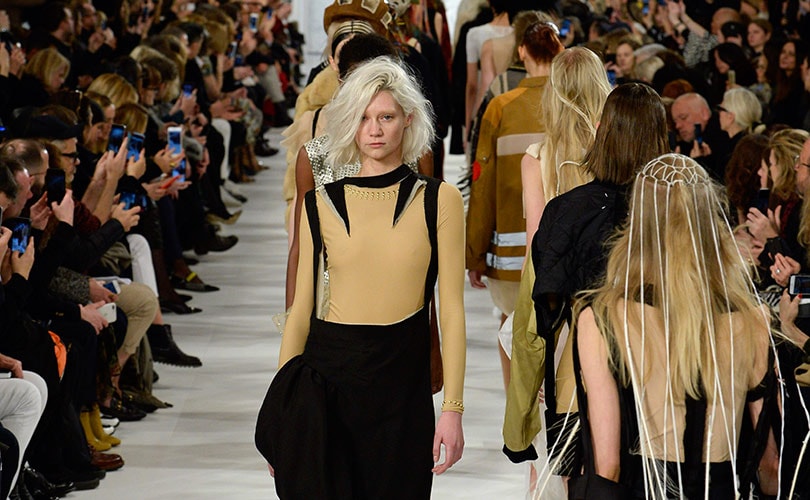 As the Paris fashion week autumn-winter shows reach their climax, we look at the biggest womenswear trends so far on the catwalk:

Paris has fallen head over heels for hats. This week has seen an unprecedented sprouting of headwear on the runways, from turbans to Dior's Black Panther leather berets. Wanda Nylon, too, also featured that most French of caps. 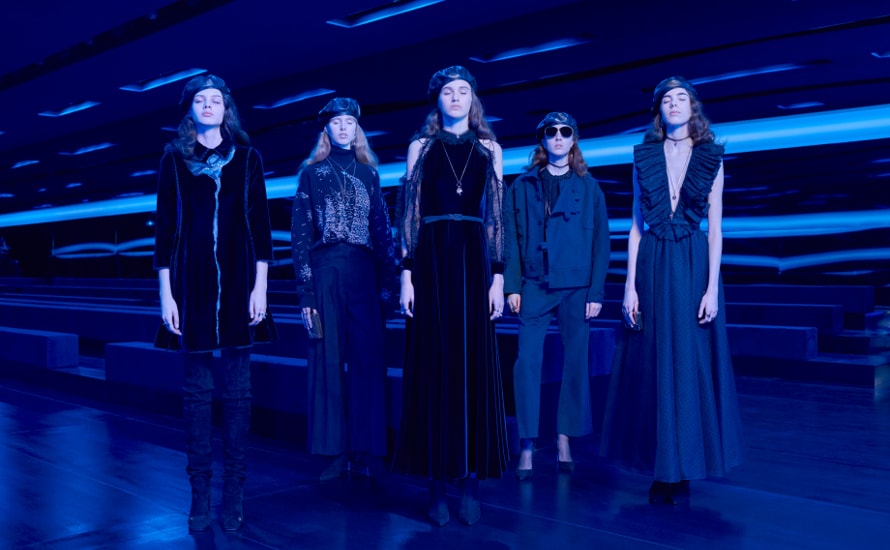 Japanese label Undercover appeared to have topped everyone with a procession of wild plumed fascinators until the Andreas Kronthaler blew them away with a punk Statue of Liberty crowned helmet that almost felt as big as the real one.

The turbo-charged Austrian designer, who like his partner Vivienne Westwood is an environmental activist, also concocted a series of headdresses made from rubbish and finished with his take on a sultan-sized Ottoman turban.

Is it the end for the over-sized androgynous coats, jackets and jumpers that have dominated catwalks for the last 18 months? It appears so, as even designers who had flirted with the trend have returned to more fitted and feminine fare. With Raf Simons, the Belgium designer credited with creating the style now on the other side of the Atlantic at Calvin Klein, the moody teenager look seems to be ebbing. It could be time to stop those gorilla sleeves at the wrists.

Nothing emphasises the new tailored trend more than the abundance of sharply-cut shiny leather on the podiums. Very few of the main shows were without the sheen of leather or slinkily cut silks or synthetics.

Anthony Vaccarello wrapped his 1980s Saint Laurent vamps in tight rippling leather outfits and Chloe dusted off a brown patent 1970s mini dress that Mary Tyler Moore might have worn in one of her racier moments. Lanvin, now under the classy Bouchra Jarrar, went for a full patent black suit while Olivier Theyskens chilled and thrilled with with a full-length black Gestapo-style leather coat. As for Y/Project, it stopped the traffic with a red leather coat and baggy trousers. 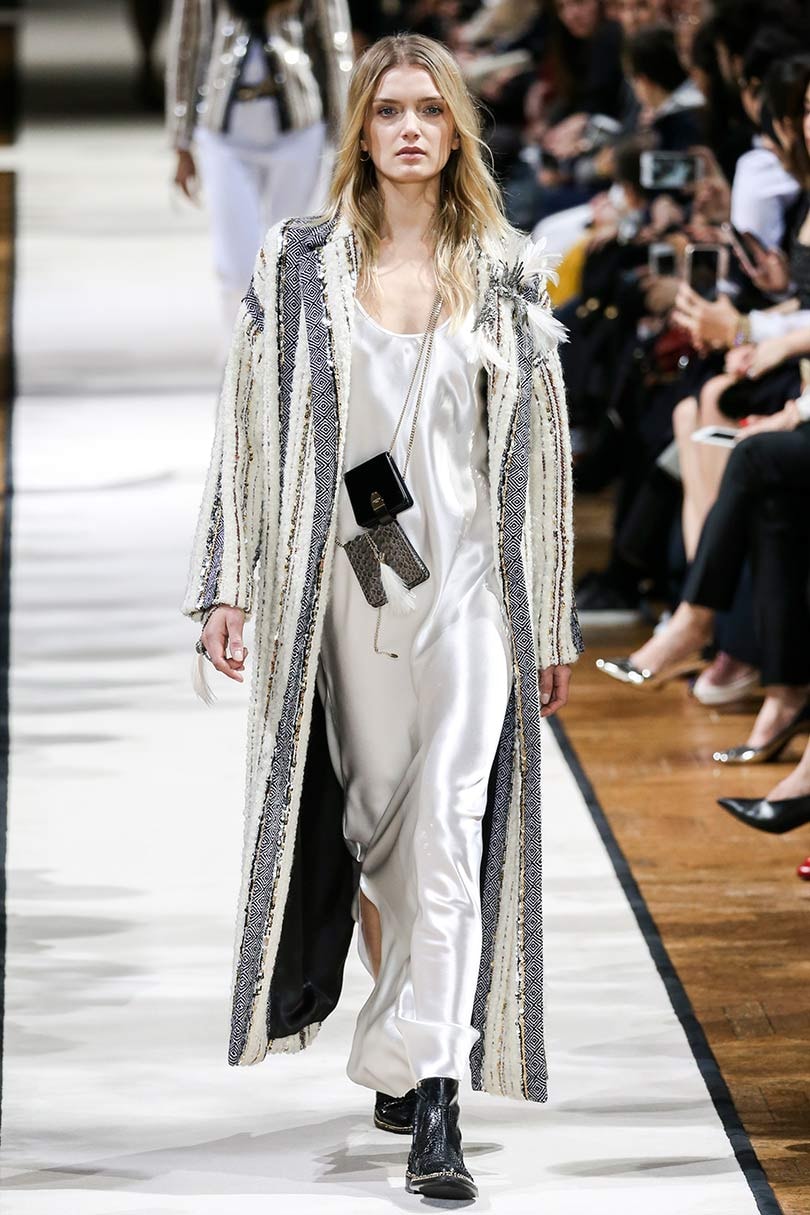 'A return to sex'

That is how Guy Laroche's Adam Andrascik described the return to more tight-fitting clothes that follow and flatter the lines of women's bodies. Vaccarello laid sexiness on with a shovel at the Saint Laurent show -- fittingly held on a building site -- skirting very close to the fine line between audacity and vulgarity.

Forget the jeremiahs who warn of rising populism and division, Indian designer Manish Arora forecasts a stellar future "full of cosmic love". His joyous, spectacular collection promised "heavenly bodies aligning in glittering galaxies", and on the runway at least, he delivered. Shooting stars and suns burst from belts, with great meteors swirls of paisley Swarovski crystals on silk and velvet tunics.

Dior too found room for astrological embroidery in its far more austere show, while Issay Miyake embraced the Aurora Borealis in its gorgeously ethereal collection that mixed Shetland wool coats and cloaks with hi-tech sculptural pieces made using baked and steam stretching techniques.

Fur -- fake and real -- purred everywhere on the catwalks from collars, stoles and hand muffs to feathery trousers and skirts. Young Turks Y/Project made the biggest statement with an all-enveloping coat closed with a bow which even had its own train.

Belgium master Dries Van Noten, in his centenary Paris show, put fur sleeves on velvet coats and Guy Laroche had striking fur stripes across the front and on the sleeve of simple black and grey jackets. (AFP)