The dreamlike elegance of Roksanda, earthy shades of JW Anderson and a rubber-inspired collection from Christopher Kane were among the highlights of the fourth day of London Fashion Week on Monday.

Serbian designer Roksanda Ilincic, a growing force in the British fashion world since her 2005 debut, took over a large warehouse-like space in the West End Selfridges department store, a temple of fashion and luxury consumption for her much-anticipated show. 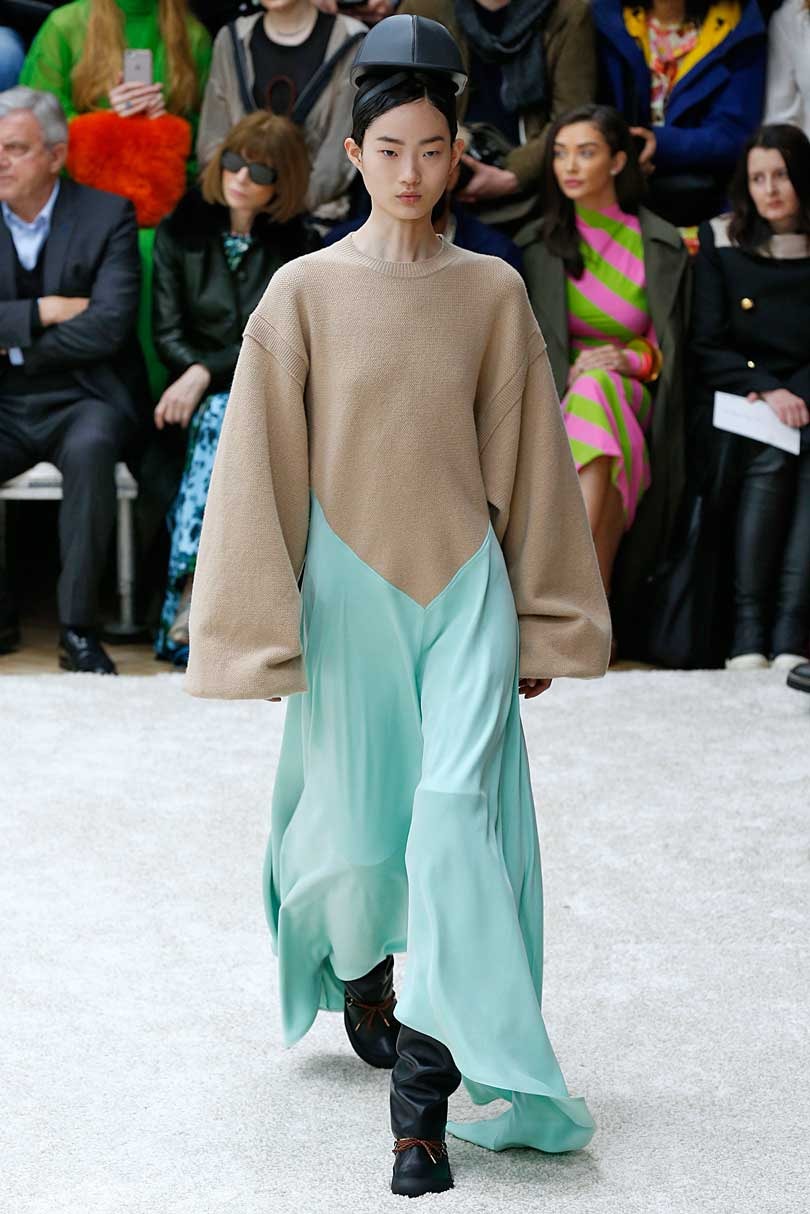 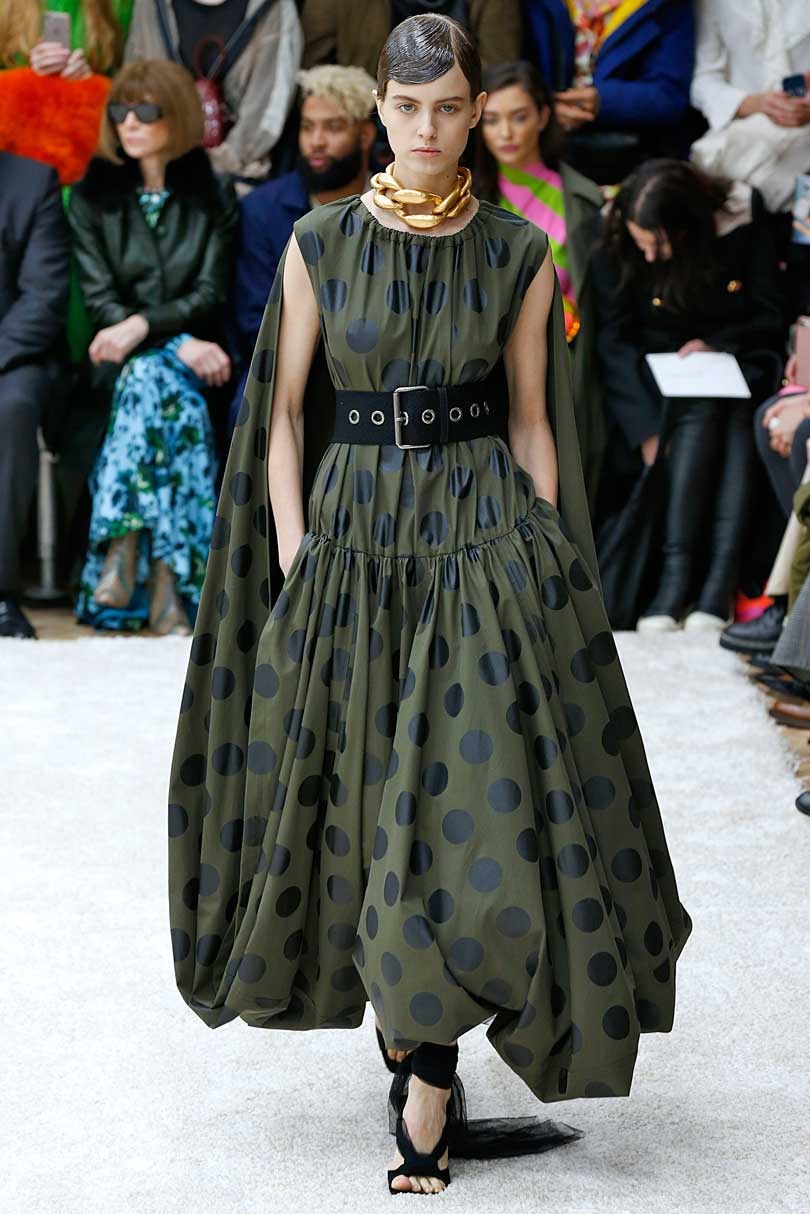 The designer, who regularly dresses A-List stars from the Duchess of Cambridge to Melania Trump and Emma Stone, dusted the catwalk with a fine coat of white sand, illuminated by artificial rainbows, to conjure a dreamy landscape.

Her wardrobe echoed the laid-back, contemplative mood, with long, fluid dresses nonchalantly tied at the waist or shoulder, in the style of Roman togas.

Roksanda, who now operates in 40 countries, made sparing use of gabardine, silk and satin, which she fashioned into geometric compositions inspired by her architectural background.

Renowned for her ability to create subtle and harmonious colour combinations, the designer said backstage that her choice of a palette dominated by brown, gold and fuchsia was guided by "a lot of intuition".

"Obviously after that I have my very precious box with lots of colour swatches, everything, some are fabrics, some are little swatches from books or postcards," she explained.

Northern Irish designer JW Anderson also presented his fashion house's Autumn/Winter 2019 collection, calling it an "exploration of volume and proportions" and an "aristocratic continuation of the juxtapositions that imbue" his brand. 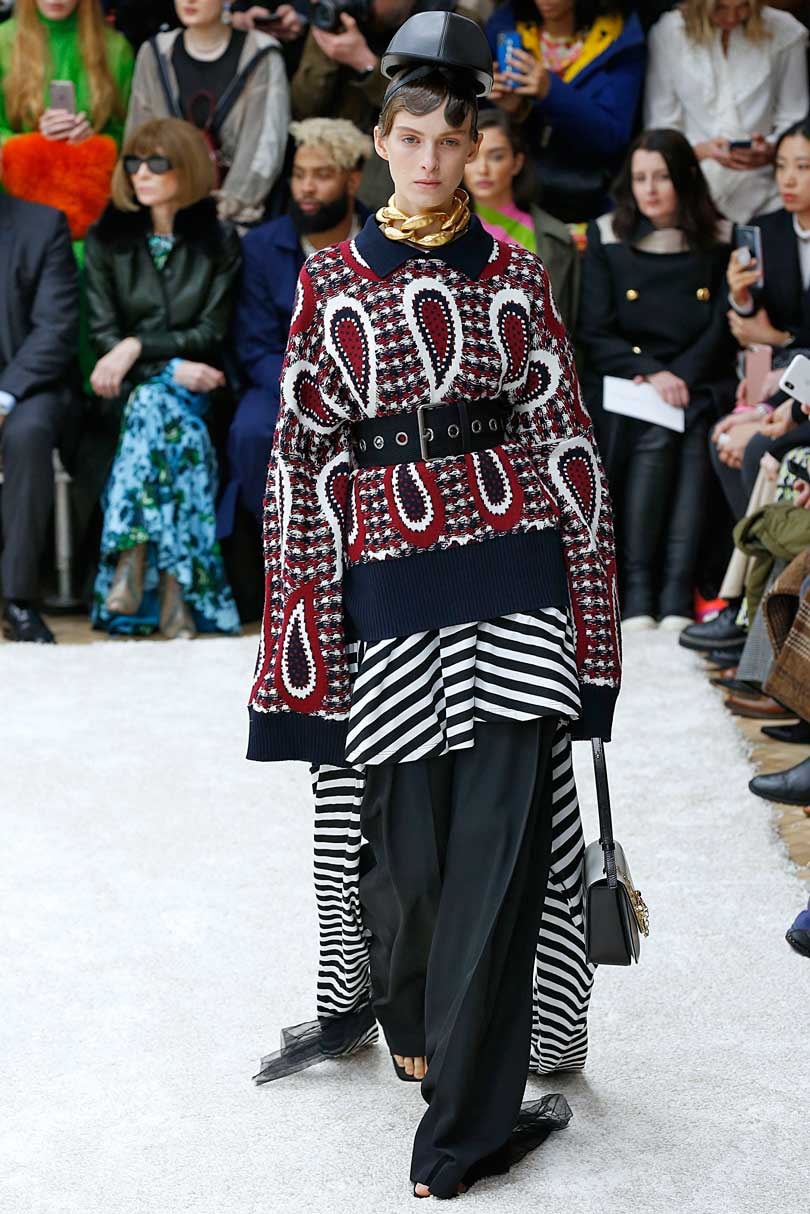 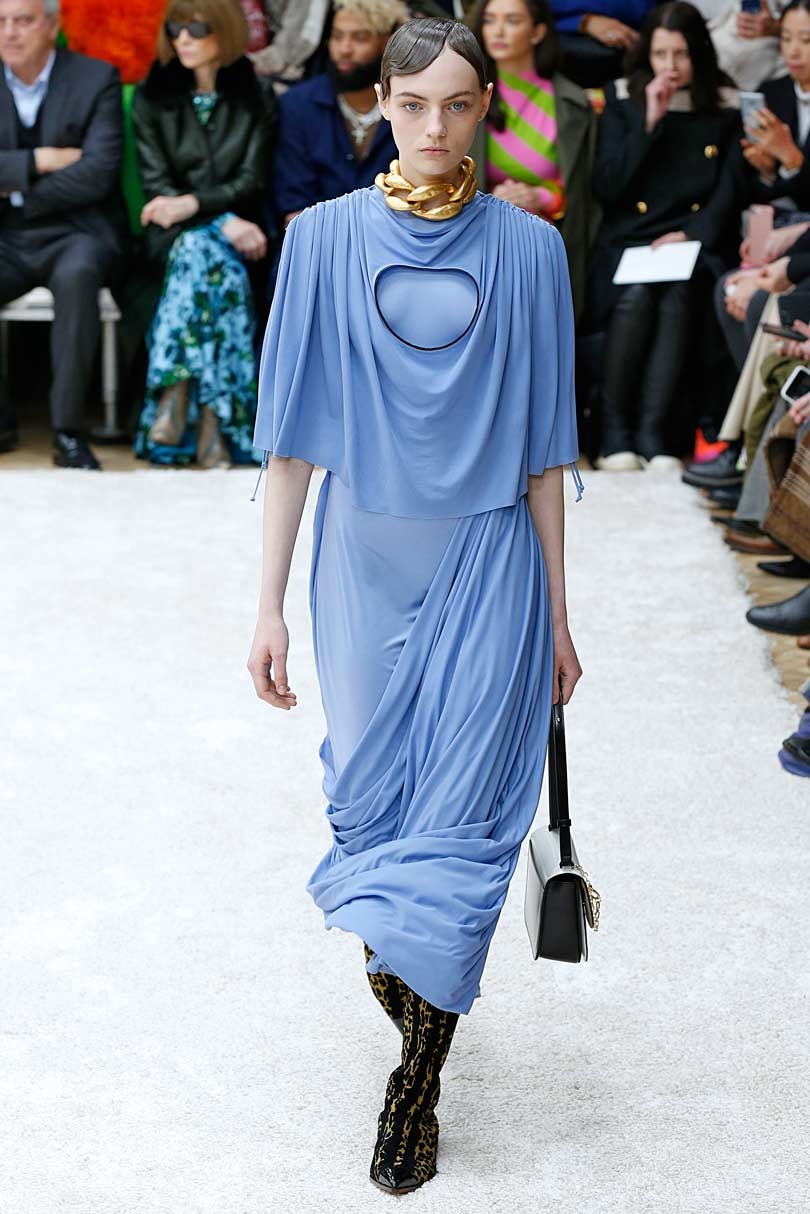 "The dresses with the thread going through, they just happened. We were improvising colours, it's kind of like we were taking a huge needle through the fabric. And it just stuck."

His models strode down the catwalk wearing leather baseball caps high on their heads, with an earthy palette and a mixture of leathers and studding defining the collection.

Christopher Kane, recognised as a driving force behind the "British New Wave" of designers, injected a more experimental atmosphere into Fashion Week with his show at a deserted office building in the heart of London, evoking fashion's darker underbelly. 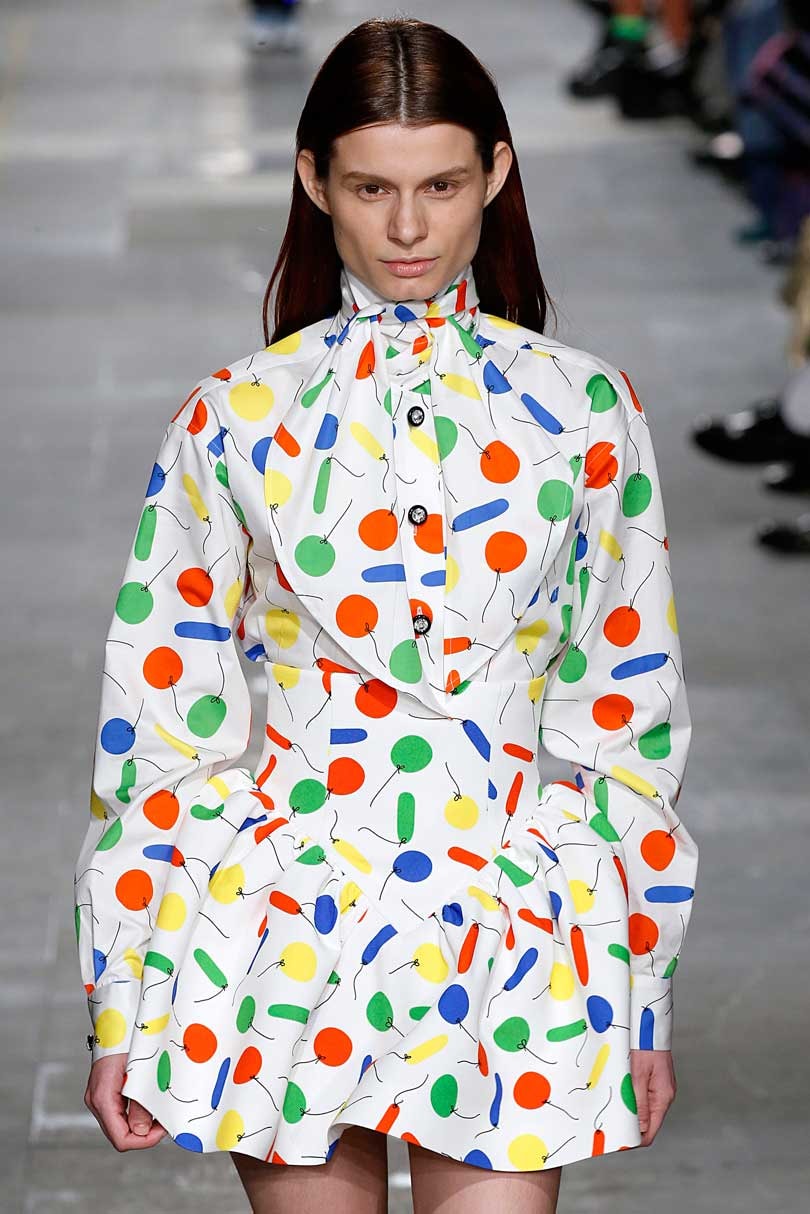 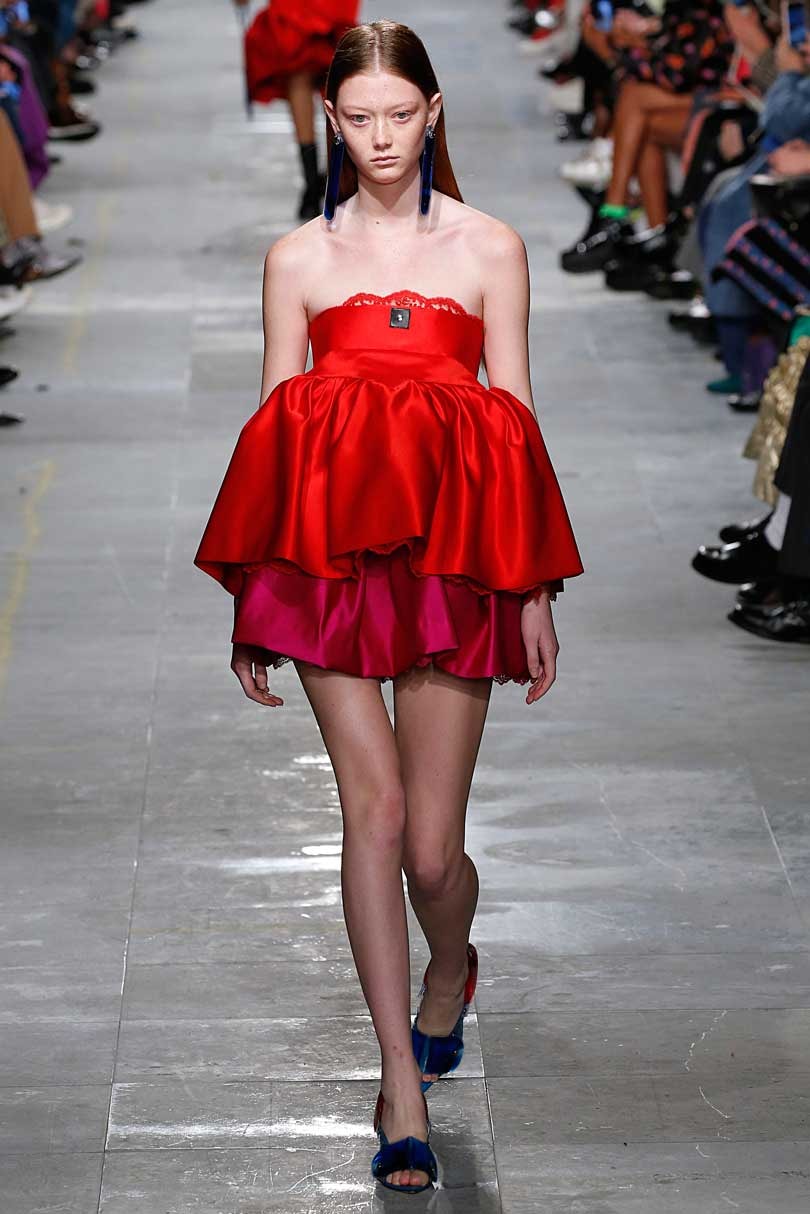 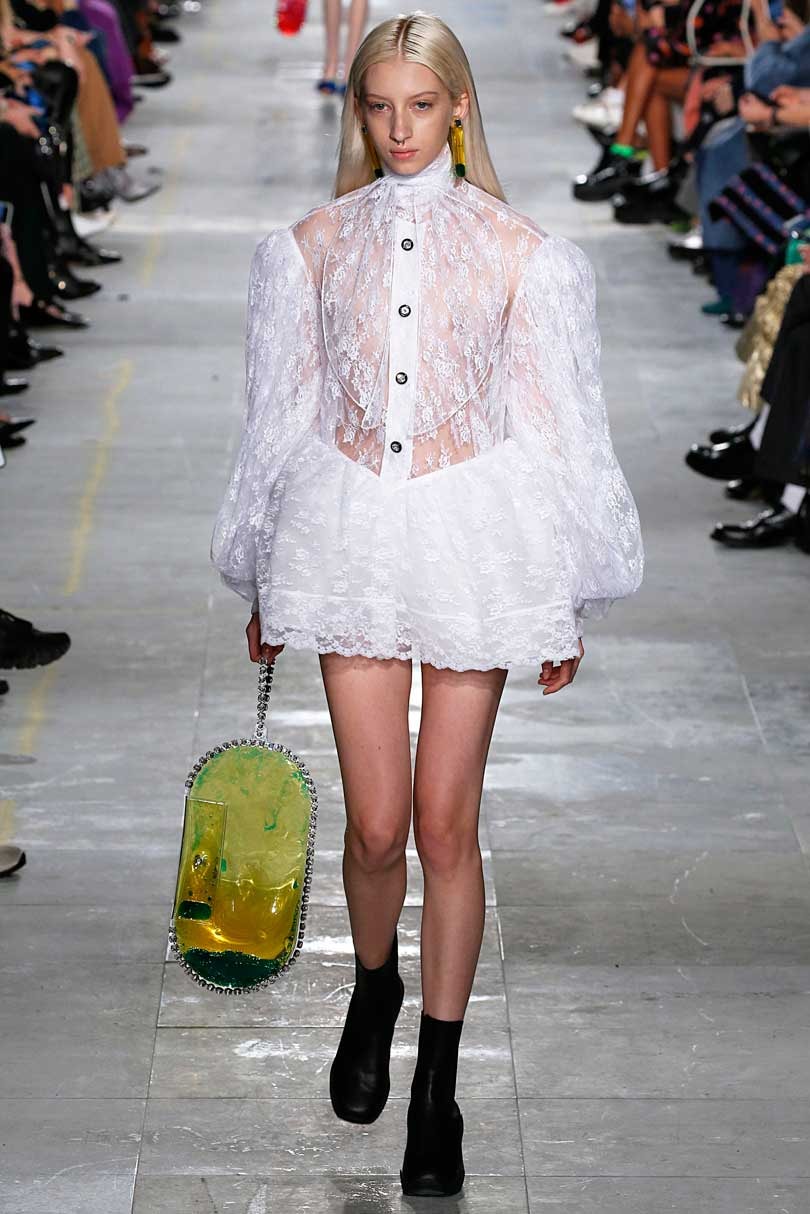 Small, ultra-short bustier dresses, enhanced with a touch of lace, were decorated with intriguing transparent pockets containing coloured liquids while "human obsessions" were explored with fetish-inspired rubber balloons and latex gloves printed on T-shirts and dresses.

The increasing importance of Fashion Week reflects Britain's booming fashion industry, with revenues for women's ready-to-wear rising by 5.5 percent to 30.9 billion GBP (39.6 billion USD) in 2018, according to the market analyst group Mintel.(AFP)