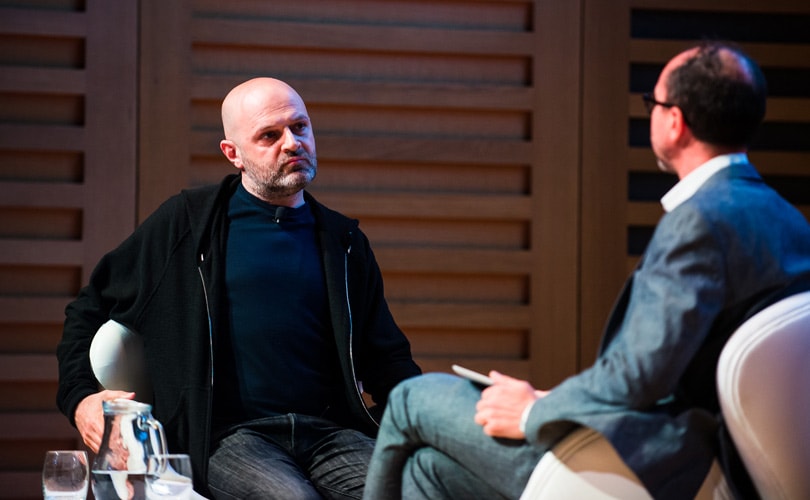 Interviewed on stage by W Magazine contributing editor Gianluca Longo, the designer discussed the changing landscape of the fashion industry, from the freedom given by digital and social media, to the effect it’s having on fast fashion collaborations like Balmain for H&M, and the revolt of slow fashion supporters.

On the advent of social media

The likes of Instagram, Twitter, Facebook and Tumblr have taken image sharing to a new level, and while Chalayan is keen to note the saturation of social media, and its bringing about of a shallow ‘like culture’, he can’t deny the power it has given creatives.

Reflecting on the past relationship between designers and top fashion editors, who for all intents and purposes guarded the only portal to the public, Chalayan notes how he felt particularly trapped. ‘Fashion editors [in the past] always portrayed us as avant-garde designers, because they wanted to use showy images in the magazines. I felt at the time that we were being presented from the view of the editors [rather than our own brad identities]. In a way you were a victim of another person’s perspective. ‘With digital media we can present a piece as we’re working on it. We can reach an audience without it being filtered by an editor, and I can build a business rather than being presented as just a showman.

‘The Buried dress for example [from Chalayan’s famous 1993 The Tangent Flows collection] - I was also doing tailoring at the same time which was very important to me, but was completely overlooked. ‘Also, with social media images, we can now win plagiarism court cases as there evidence.’ But while social media has restored the balance of power and self-exposure for fashion designers and creatives, Chalayan is still wary of the cultural behaviour surrounding it. 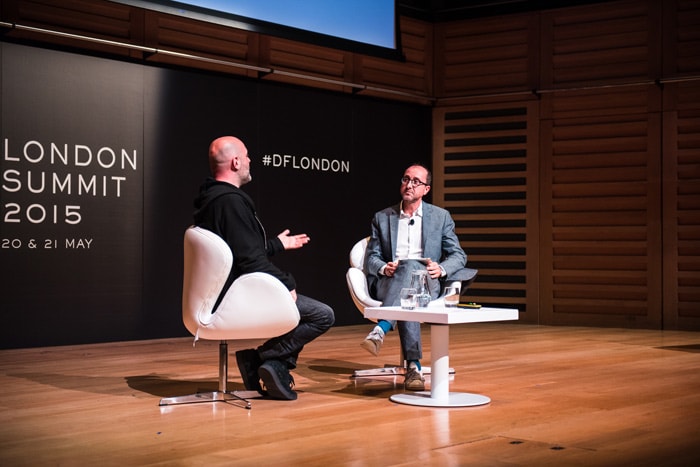 ‘We are living in a ‘like’ culture and I do think that can cheapen things sometimes. ‘Being constantly obsessed with the new is a bit of an illness. It’s an anxiety of missing out and is part of the like culture, the Instagram age, the negative side of it. It’s social pornography. ‘But I do believe social media is all about how it’s being used. It is oversaturated, but gives [designers like me] instant access to our customers. ‘I don’t find a lot of designers are that articulate, if I’m honest. So if designers are worse speakers than they are visual communicators, then digital media is a great way of communicating.’

When asked by a member of the audience what he thought about claims that the forthcoming Balmain for H&M collaboration was pursued, in large, because of the huge social media following Olivier Rousteing has amassed, Chalayan was careful, but honest. ‘I think that is quite remarkable. But why not? It’s kind of crazy, but we are living in the ‘like’ culture and people judge you on the likes and followers you have. It’s a unifying force, ‘you like this and I like it too’.

On the relationship between fashion and technology

Is Chalayan feeling jaded by the current mood in the fashion industry? Perhaps. His comments on the current lack of originality in the industry would certainly suggest so. But as a designer he has long been open to the use of functional of technology in his work.

While examples of this are numerous, a notable few include the coffee table dress from his After Words Fall/Winter 2000 collection and of course, the Remote Control Dress from the Spring/Summer 2000 Before Minus Now collection.

‘In fashion everything has been done, everything is now a regurgitation,’ he said at the Decoded summit. ‘Technology is the only way to do something completely new. There is no more originality.’ So it’s unsurprising, that the designer is now keen to further explore what technology can offer him as a creator of clothes. Especially, in terms of empowering women with increasingly creative, modern fashion design. ‘I was raised by women in Cyprus, and as a result women’s roles became very important to me. I have always wanted to empower women. ‘Technology is a very important ingredient, when the body is taken into account. The woman’s body is still a mystery, it’s like a mini universe to me.’ 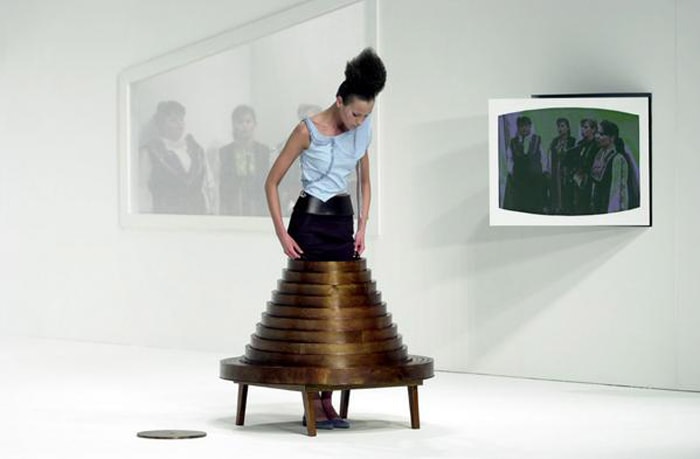 On fast fashion versus slow fashion

Naturally, Chalayan and Longo’s onstage conversation finally found its way to addressing the notion of a future rise in what critics are calling slow fashion, to combat the throw-away nature of the currently fast-paced retail space. And though he’s not exactly a supporter of the fast fashion phenomenon, the fashion designer was keen to note that perhaps, in some measure, the concept does have its place in today’s society.

‘Fashion is no longer about creativity. In the art world, there is a discourse, but in fashion - anyone can be a designer, which can cheapen it. ‘Suzy Menke recently described one of my collections as slow fashion. And I think that is totally the way fashion has to go. Look at food, slow food has now gone that way.’ ‘Slow fashion is definitely relevant, but we can’t reform the world and in this way I think it’s important to have disposable as well. I think we are living in a world where the disposable can be fun too.’ But while fast fashion may be a necessary evil, and a way for retailers to keep the ‘like’ culture engaged - and more importantly, spending - Chalayan does believe the future of the industry is bright. Change, he says, is on the cards. ‘I think it’s sad that the pressure on designers to create more, quickly, may decrease the quality. But there has to be a revolt to this.

‘For things to change they have to reach a peak. There will be a change to [the domination of disposable fashion]. Slow fashion is happening.’