Imane Ayissi, who became the first designer from sub-Saharan Africa to be named a guest on the official couture schedule when he made his couture debut in January, has showcased a collection made entirely from scraps of fabric from previous collections. 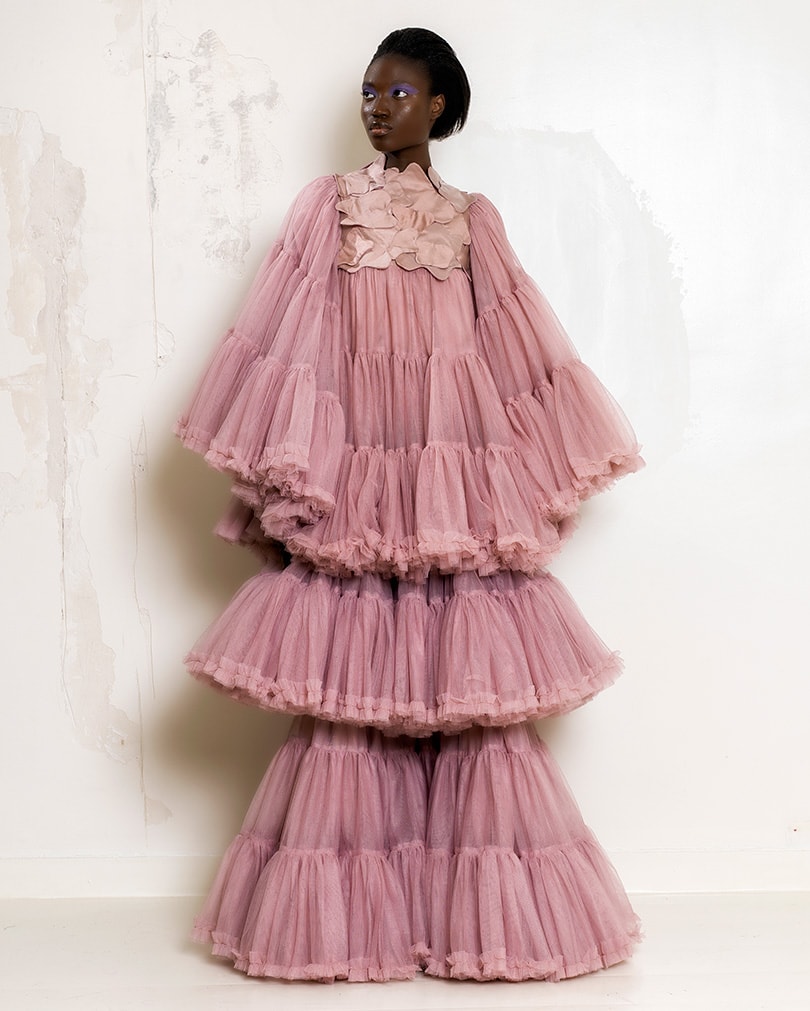 Entitled ‘Amal-Si’, which means "the great misfortune that befalls the earth" in the Ewondo language of Cameroon, Imane Ayissi’s reduced autumn/winter 2020-21 haute couture collection pays tribute to the resilience of African societies, “their cleverness and frugality” while also questioning the point of fashion in relation to the coronavirus crisis. 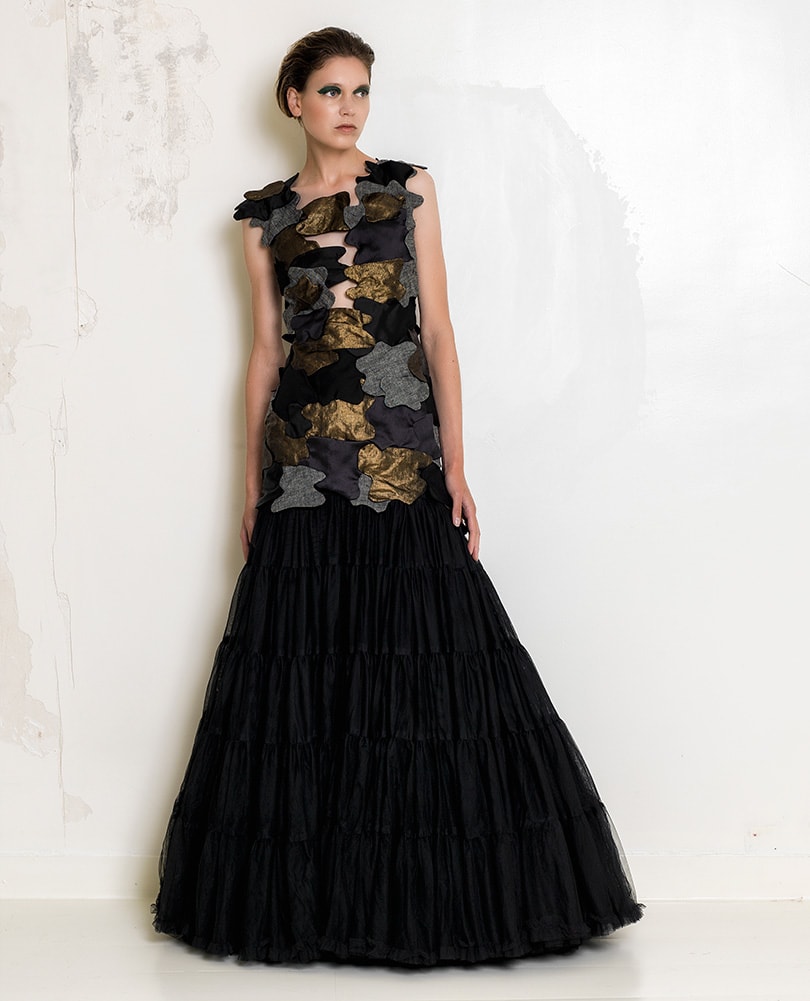 The Covid-19 lockdown caused a few problems for the designer, as he states that he works mainly with craftsmen based thousands of kilometres away from his studio, which of course, due to the coronavirus he was unable to work with. 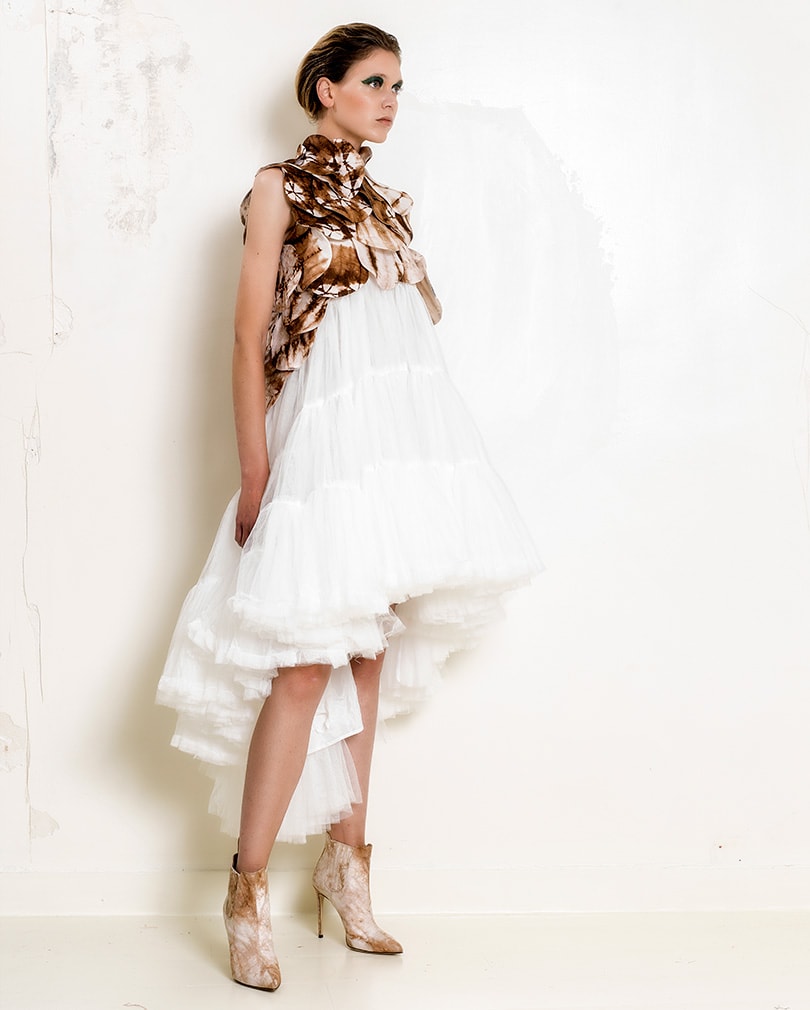 But he adds that there was also more existential questions, asking himself, what is the point of fashion when we only talk about essential activities? Why create additional clothing when stores are closed and overflowing with stocks of unsold clothes? Isn't fashion directly responsible for the degradation of the world through its negative impact on the environment? 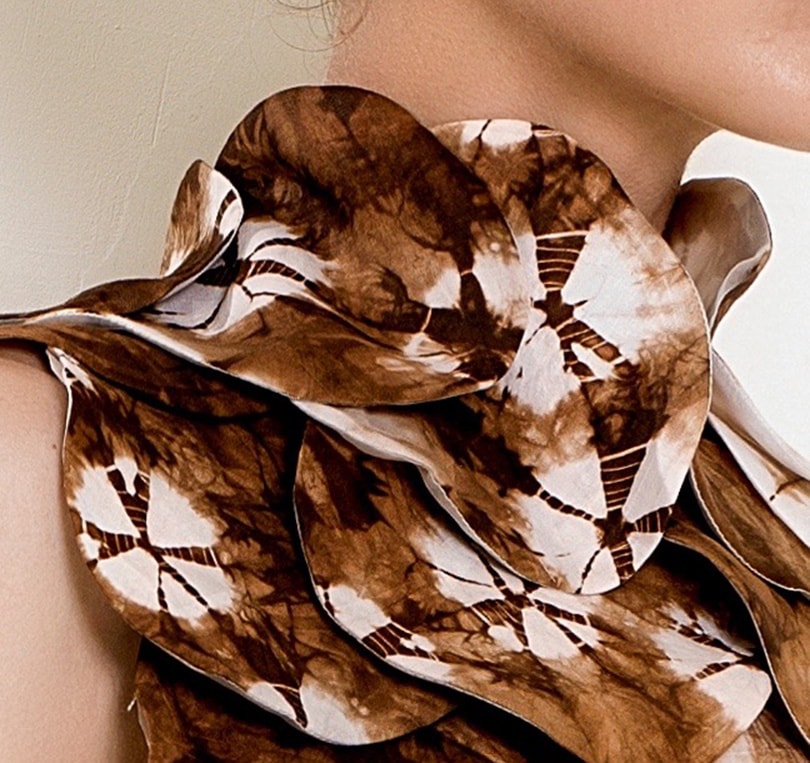 This collection he states is an attempt to answer all these questions in an “African way” as well as showcasing to the fashion industry “how and why you continue to create when you have nothing left”. 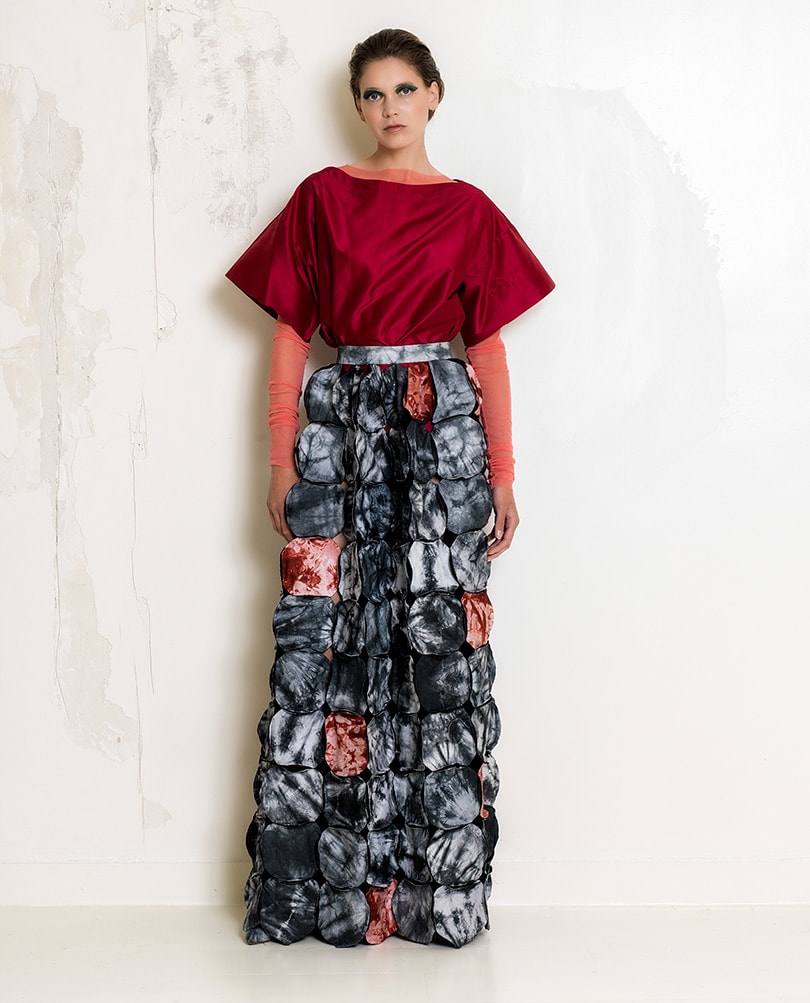 Unable to source his usual fabrics made in other countries, he created his pared-back collection “from nothing” utilising scraps of fabric from previous collections and orders, which he explains were “destined for the garbage”. 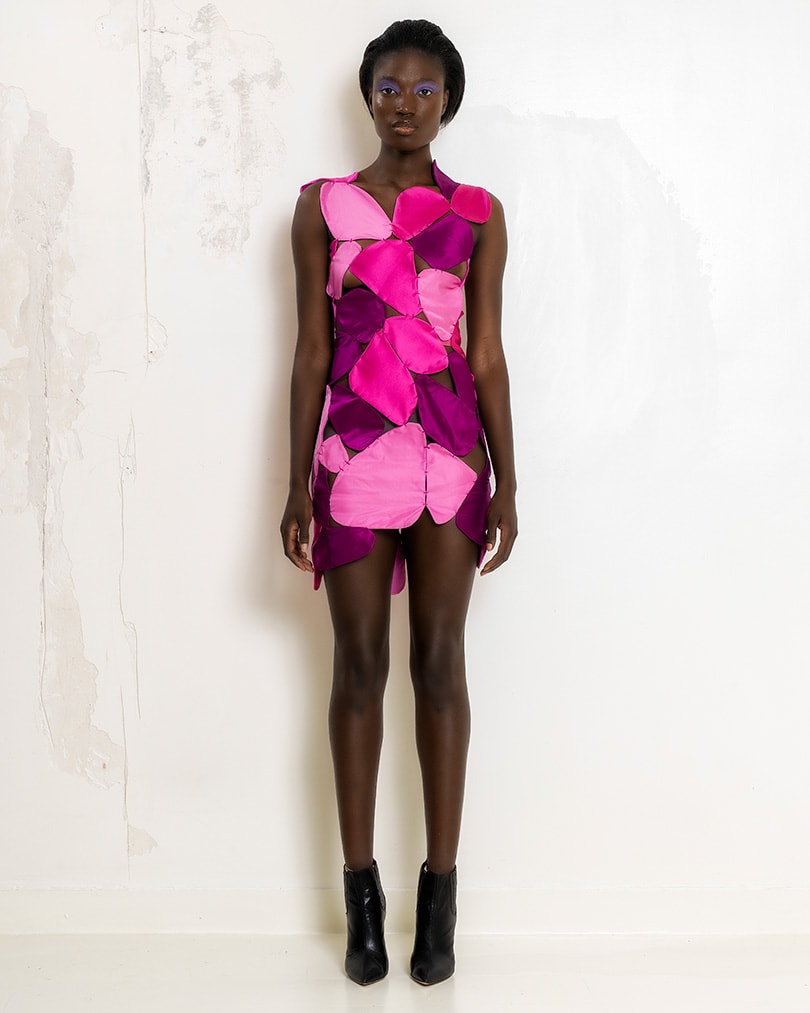 The aim, Ayissi adds was to magnify the simplicity of the materials through handmade assembly and to showcase the “meticulous craftsmanship”. 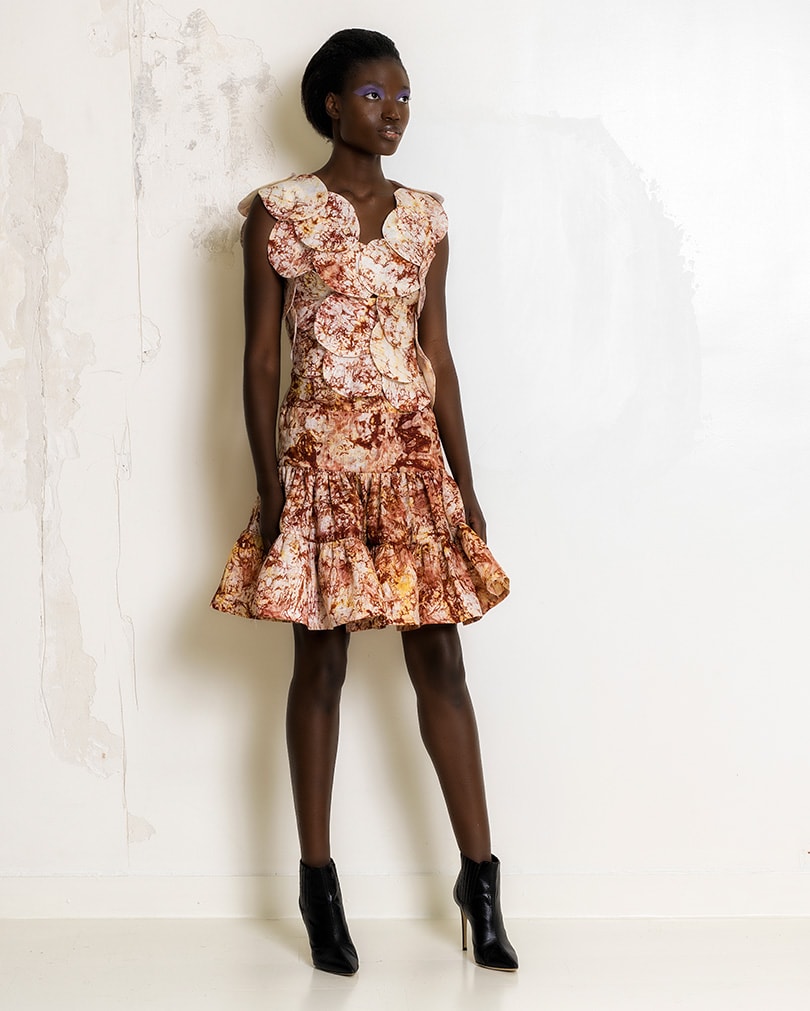 To highlight sustainability and the uniqueness of each garment even further, all the couture pieces from what he is calling the ‘manifesto collection’ will be sold but in other fabrics, depending on the fabric waste available to “reaffirm the need for creativity and to always re-enchant reality, despite or because of the difficulties”. 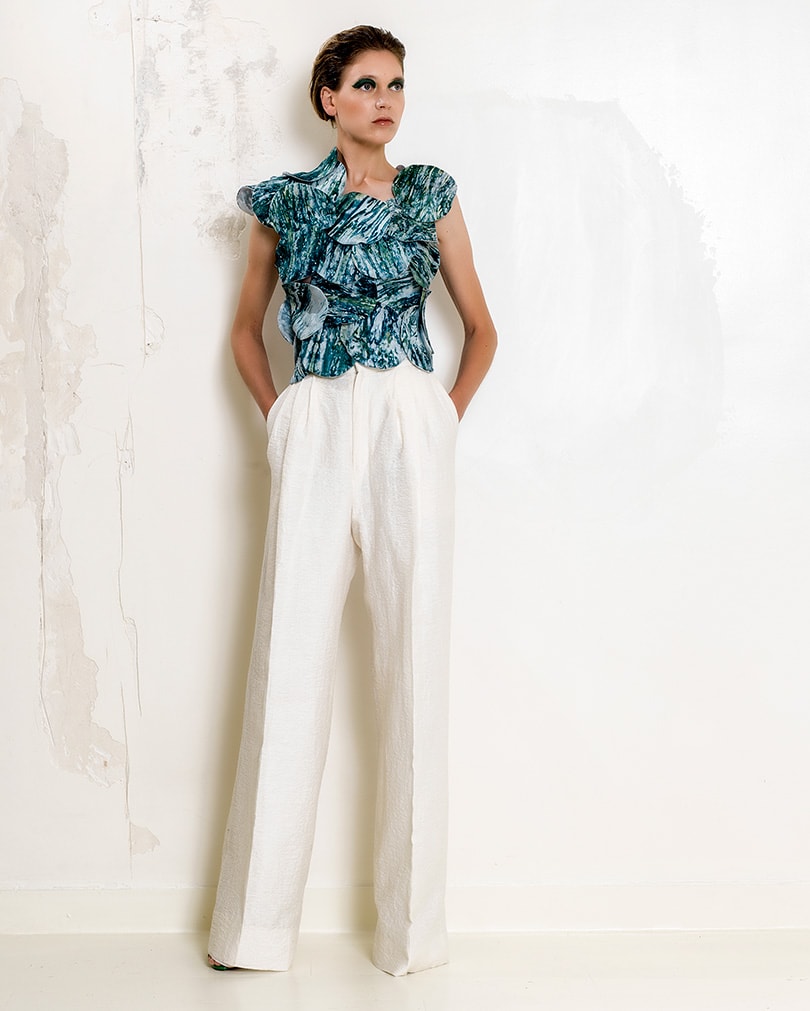 Ayissi started his eponymous label in 2004 after relocating to Paris from Cameroon in the 1990s to work as a dancer and model, where he walked for the likes of Dior, Givenchy and Lanvin. His couture label has been worn by Zendaya and Angela Bassett. 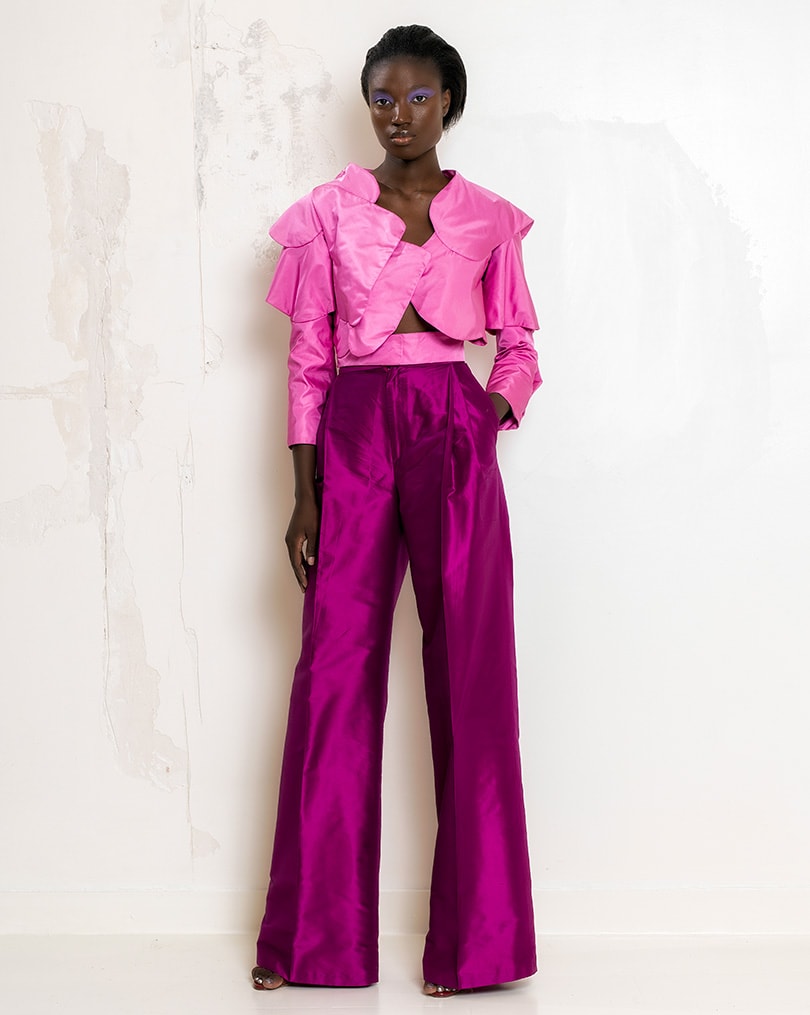 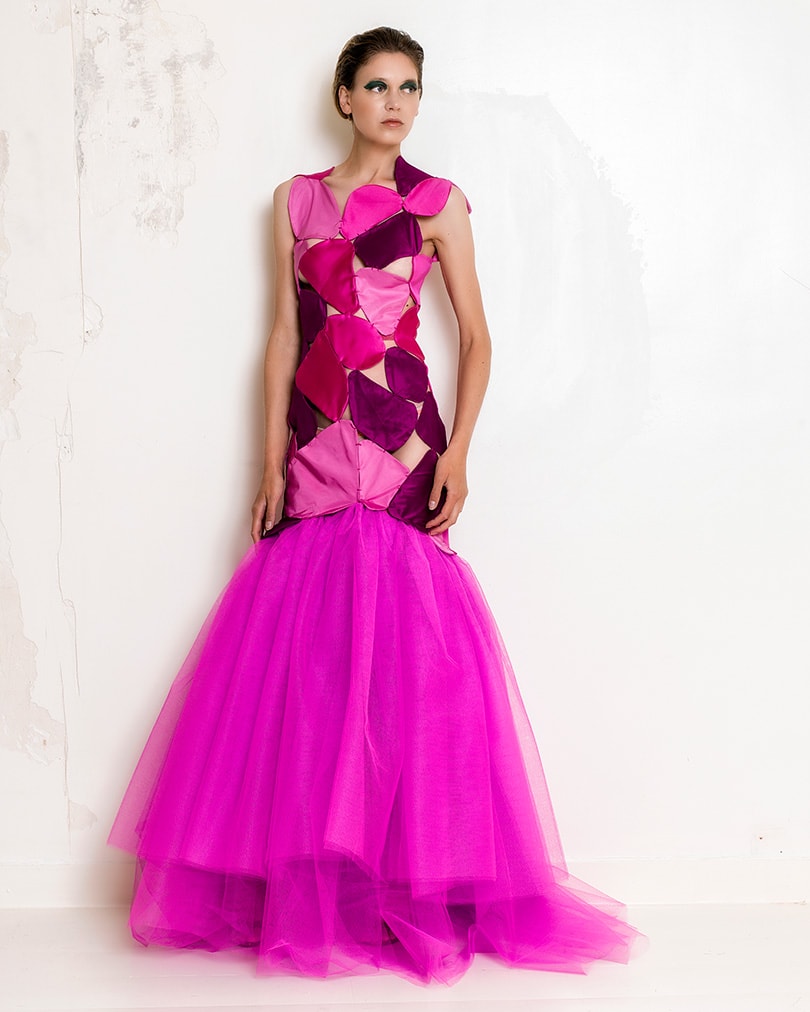 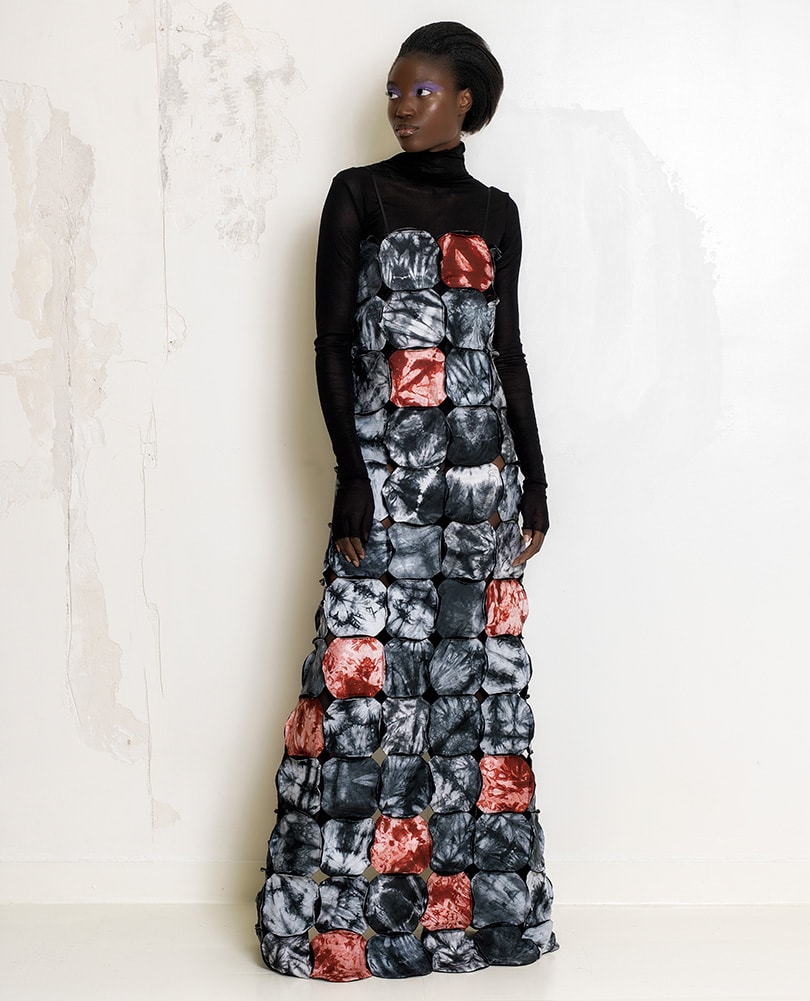 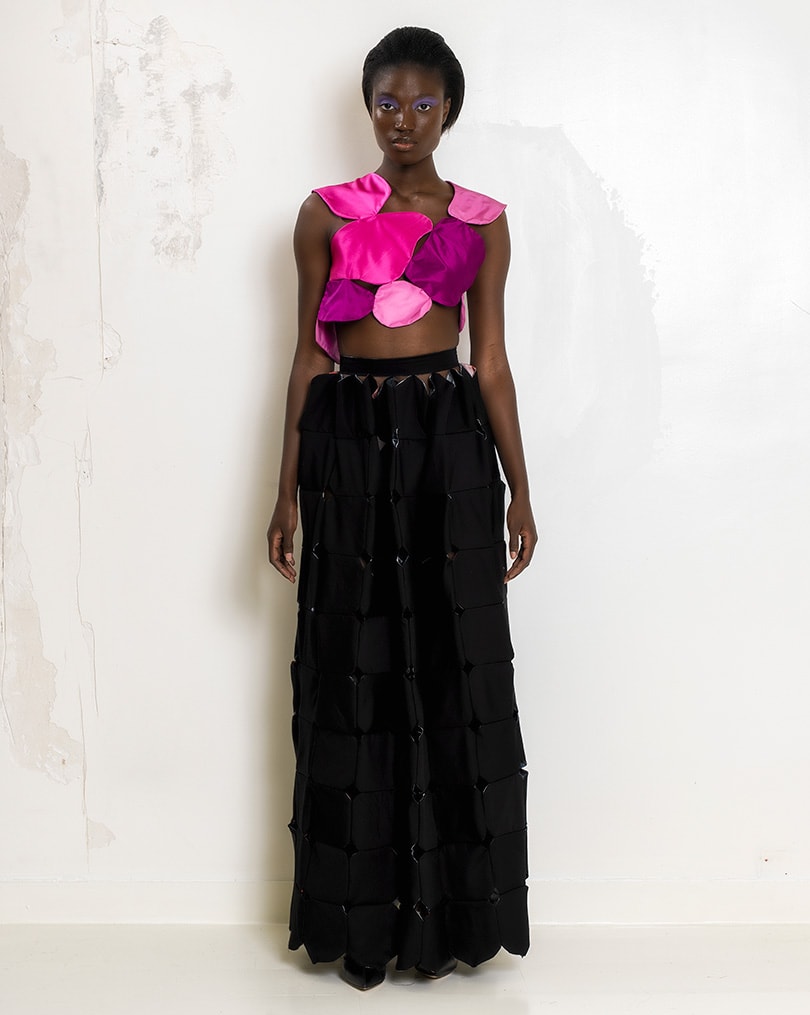