In Pictures: Inside Adidas Originals and Kylie Jenner Falcon launch

Kylie Jenner celebrated becoming the latest brand ambassador for Adidas Originals with a pop-up for the global launch of the Falcon trainer.

The launch, which took over a gas station on Sunset Boulevard in Los Angeles, which was repurposed to reflect elements of the 90s that influenced the all-new women’s exclusive Falcon sneaker and saw fridges full of shoes and a shoppable wall of Adidas gear.

The new-look Falcon fuses retro design language with contemporary colourways, said Adidas, and is based on original 1997 Falcon Dorf runner, created the year Jenner was born, and will certainly become the ultimate ‘ugly dad trainer’ that everyone will want.

There are nine colour ways, including black, white, pink, green, orange, blue, mint, grey and carbon. The Falcon retails for 84.95 pounds in the UK and 100 US dollars in America.

The launch also highlighted female designers, artists, and activists at the event, with a mural by artist Michela Picchi and products from Dimepiece LA, and had a DJ set by Brittany Sky.

Before becoming an Adidas ambassador, Jenner was the face of Puma, but joins her sister Kendall Jenner and brother-in-law Kanye West, who are already part of the Adidas family. 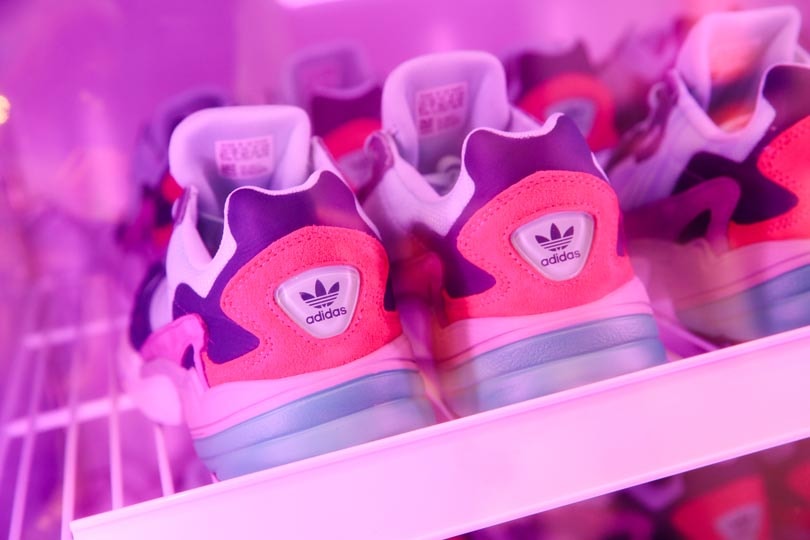 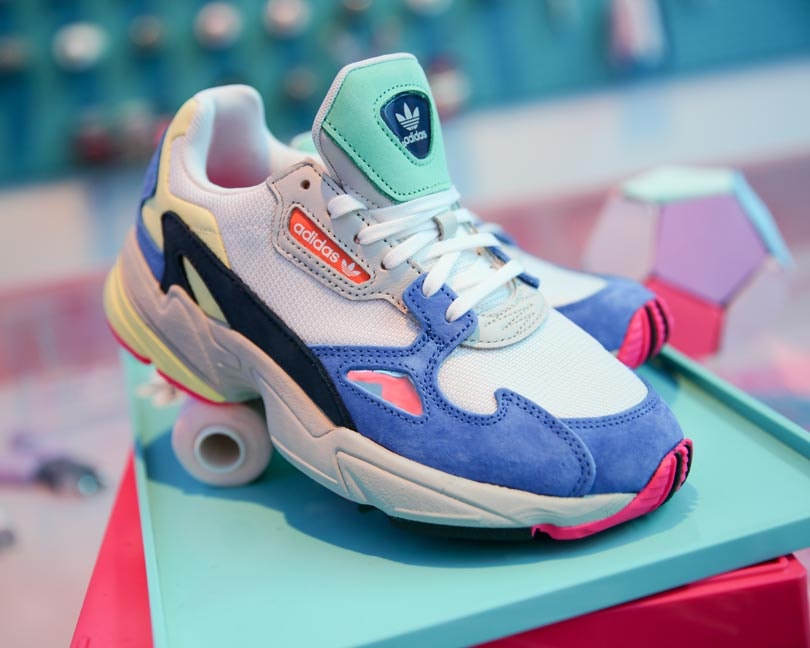 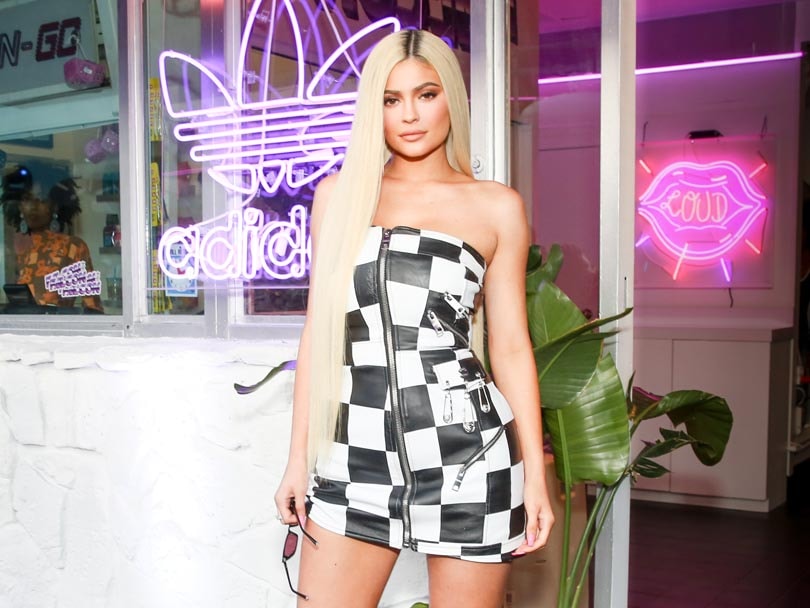 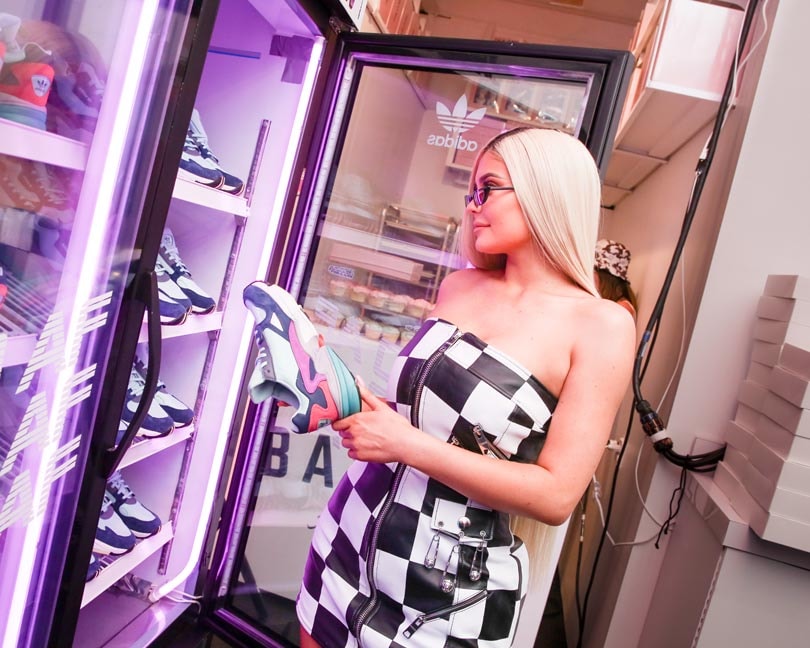 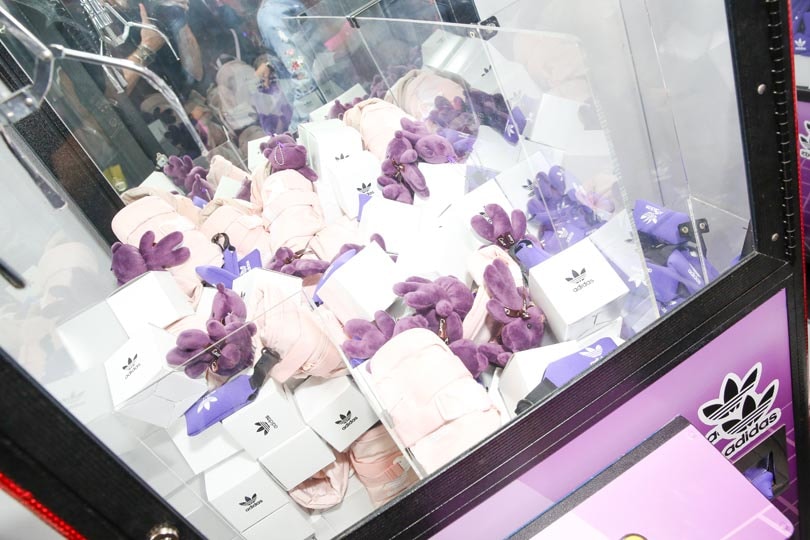 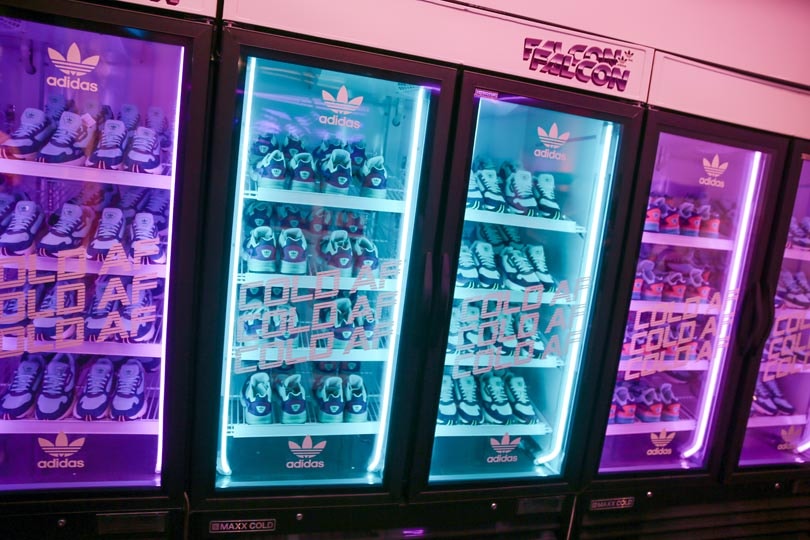 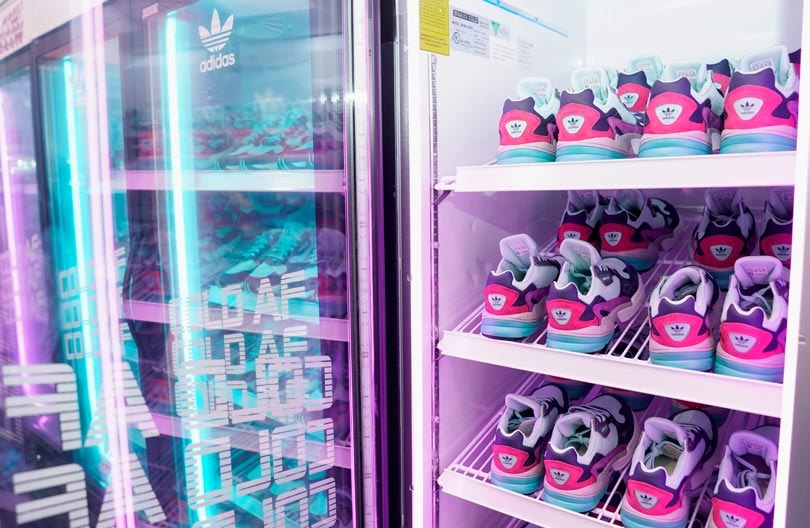 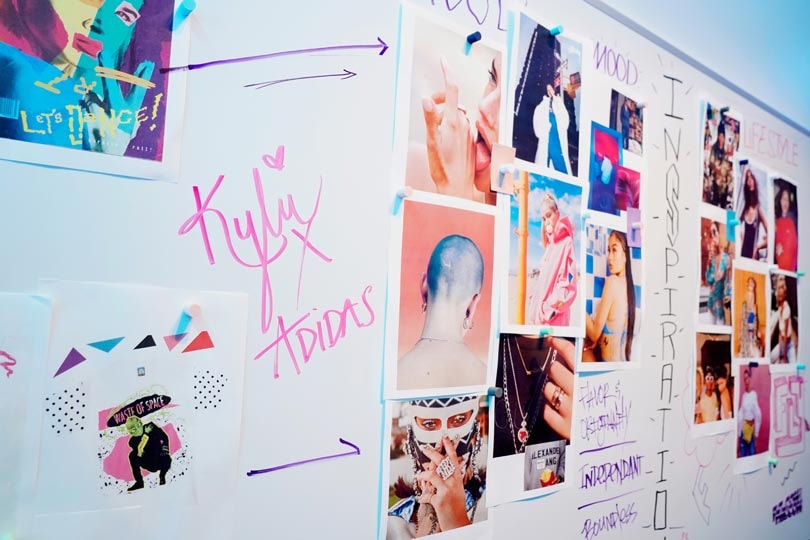 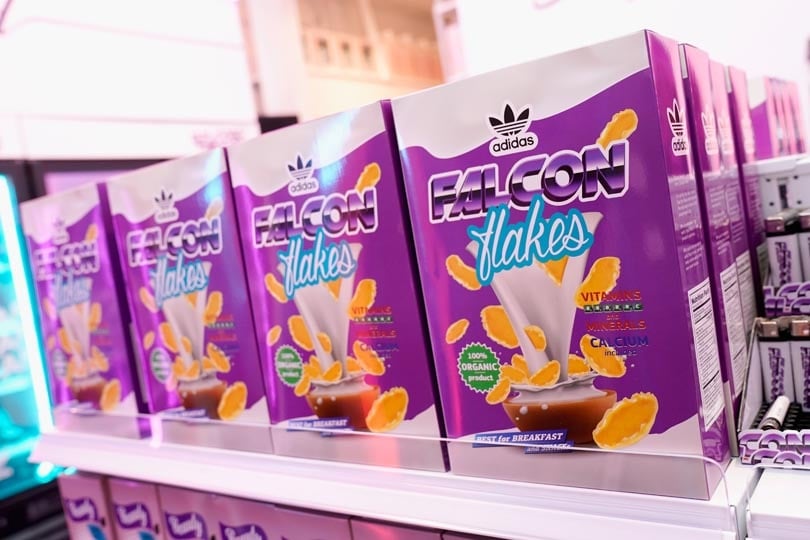