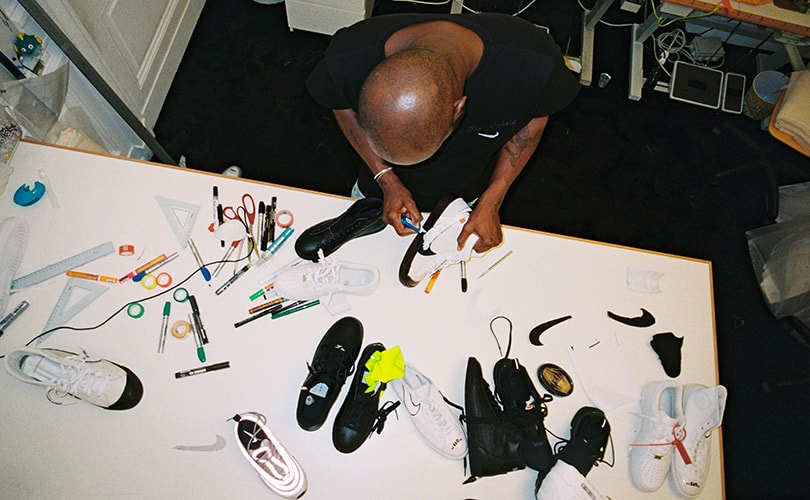 In Pictures: Nike collaborates with Virgil Abloh for “The Ten”

Off-White designer Virgil Abloh has been chosen by Nike to reimagine ten of their iconic trainers, adding his own touch to the models, in a design project called “The Ten”. 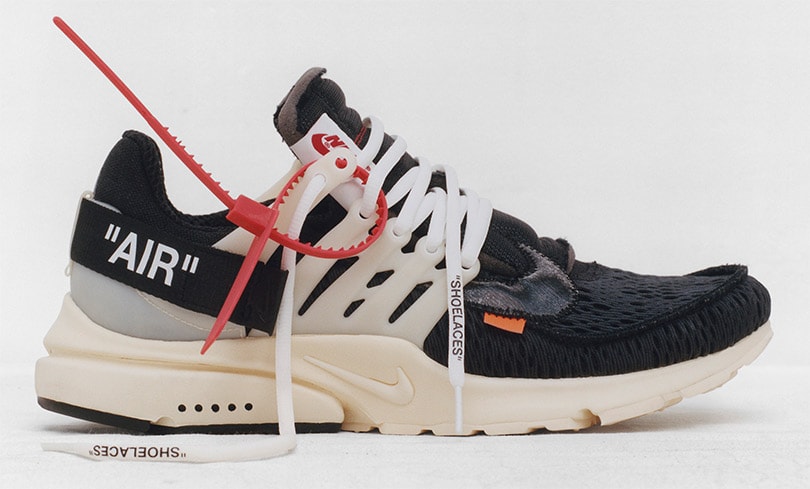 Abloh worked with models including the classic Air Jordan 1, Air Max 90, Air Max 97, Blazer, Hyperdunk and Air Force 1. Along with newer designs: AirVaporMax, Zoom VaporFly, Air Presto and also the iconic Converse (owned by Nike) Chuck Taylor All-Stars, creating his own reconstructed designs to highlight the importance of the shoes.

"It's nothing short of state-of-the-art design" 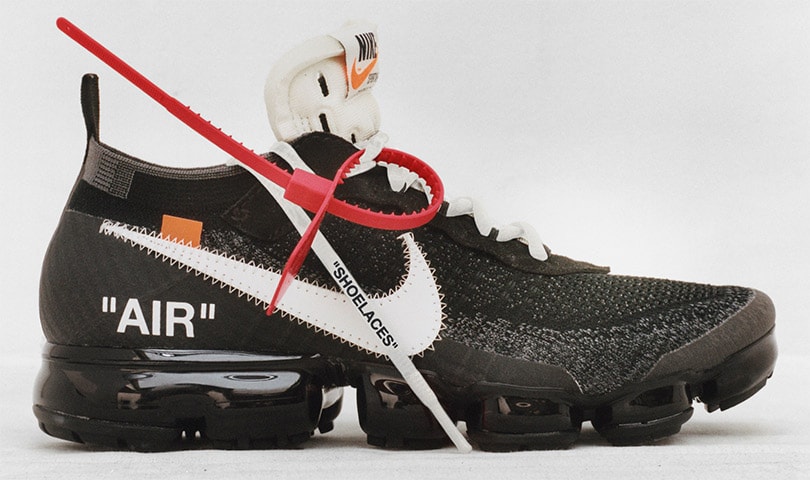 “What we're talking about here is larger than sneakers, it’s larger than design culture,” says Abloh in a press statement. “It’s nothing short of state-of-the-art design. These 10 shoes have broken barriers in performance and style. To me, they are on the same level as a sculpture of David or the Mona Lisa. You can debate it all you want, but they mean something. And that's what's important.”

The designer said he “wants this process — opening up the figurative guts of a shoe to reveal the innovation within — to feel approachable. Yes, we're making a desired product, but by making a trip to your local store, and using tools you have at home, you could also make this shoe,” says Abloh. 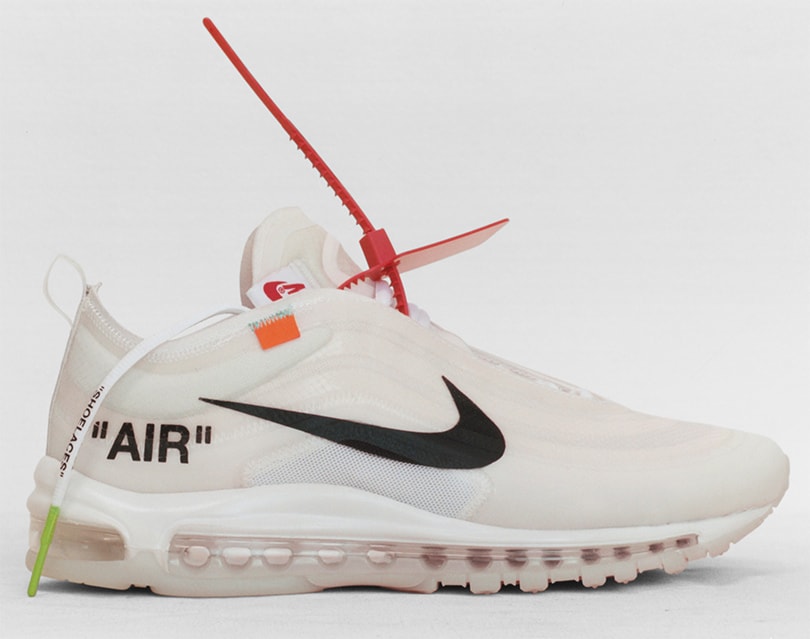 The ten designs make use of Abloh’s stereotypical Helvetica text, printed on the shoe’s lateral side is tongue and cheek text reading ‘“AIR”’, which refers to Nike Air technology, ‘“FOAM”’ as well as ‘“SHOELACES”’ printed on the shoelaces. 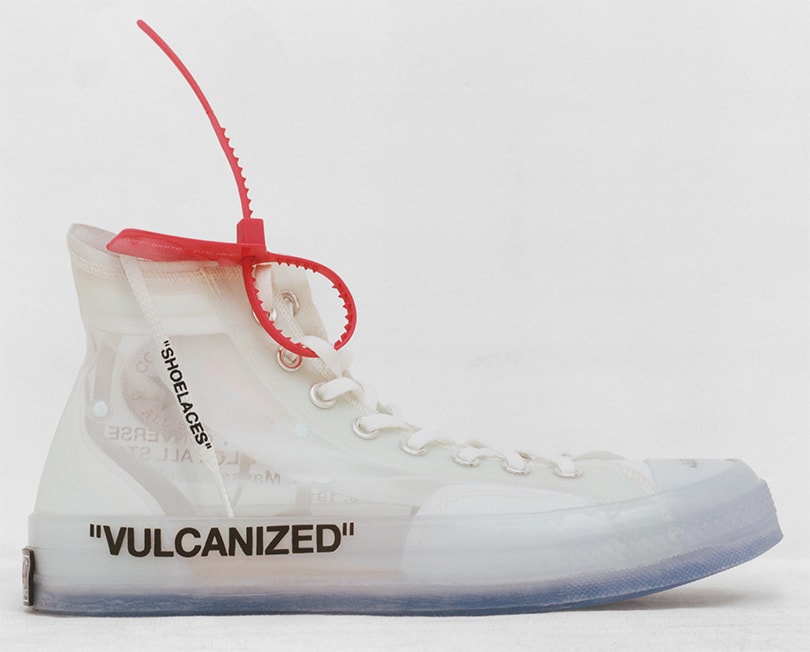 Stripped of colour, the trainer designs all feature translucent uppers, to unite their combined 94-year history according to Abloh. As well as offering an insight into the construction of the shoe.

The stand out design are the Air Jordan 1’s, printed in bright red the trainers still feature the deconstructed design, with the swoosh sewn on at either end.

‘The Ten’ has been produced to highlight ‘shoes that have defined sport and sneaker culture.’ “By combining these shoes with design that amplifies their ‘handmade’ quality, we’re intensifying the human element and expanding the emotional connection of these 10 icons,” says Abloh. 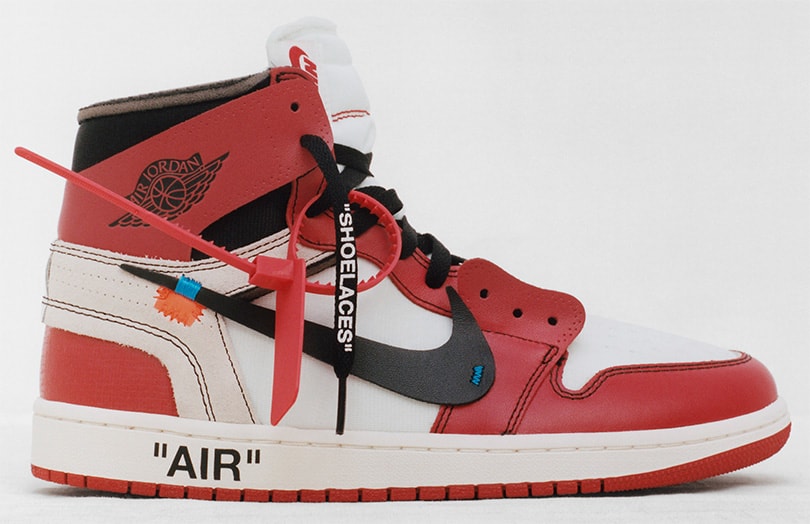 The collaboration collection will be pre-released at NikeLab stores during the upcoming Spring/Summer 2018 fashion weeks in New York, London, Milan and Paris throughout September, and will include: Air Jordan I, Nike Blazer, Nike Air Presto, Nike Air Max 90 and Nike Air VaporMax.

While the full collection will launch in November, available at NikeLab and selected stores worldwide.

Also read: Menswear designer to watch out for: Virgil Abloh from Off-White