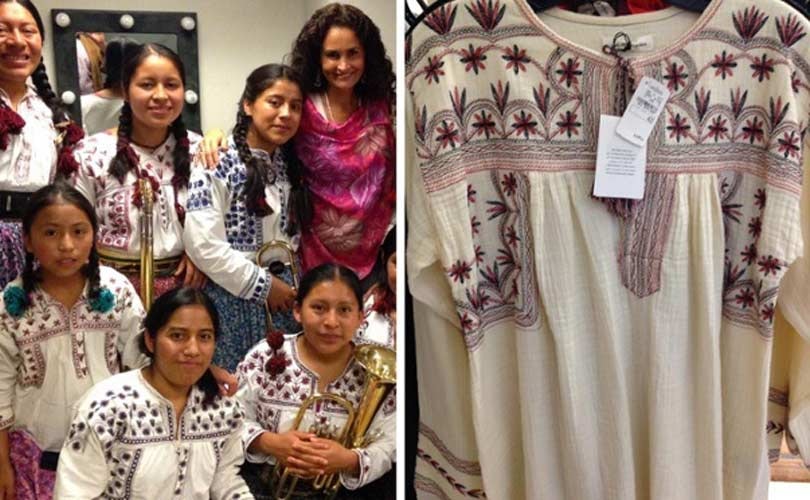 London - Isabel Marant may have found inspiration for her collections in numerous tribes from around the world, but now the French designer is accused of taking her sources of inspiration too literally as one indigenous community argues the motifs found on a blouse, dress and skirt in her Spring/Summer 2015 collection is a direct and blatant copy of their traditional dress.

The Mixe community, an indigenous tribe from Santa Maria Tlahuitoltepec, Oaxaca in Mexico are threatening to take legal action against the French designer after noticing the uncanny resemblance between certain items from Marant's Etolie line and their traditional dress. "Isabel Marant is committing a plagiarism because the Etoile spring/summer 2015 collection contains the graphical elements specific to the Tlahuitoltepec blouse, a design which has transcended borders, and is not a novel creation as is affirmed by the designer," said a representative of the community during a press conference held earlier this month. The community is now asking for reparation from the designer for damages and are set to take legal action as they view their traditional dress to be a symbol of their identity.

The designer stands accused of "hijacking a cultural heritage for commercial benefit," whilst putting "indigenous communities at risk, as well as the originality of the fashion industry," according to Santa Maria's Tlahuitoltepec mayor Erasmo Hernández González. Accusation first began flying earlier this year, in January when Oaxacan singer Susana Harp shared a photograph of Marant's Vicky blouse in question on Twitter next to a picture of the 600 year old design for the traditional Tlahuitoltepec blouse, which has been produced in the south of the country by the tribe for years. The image went viral and led to national debate concerning cultural influences and the fashion industry. 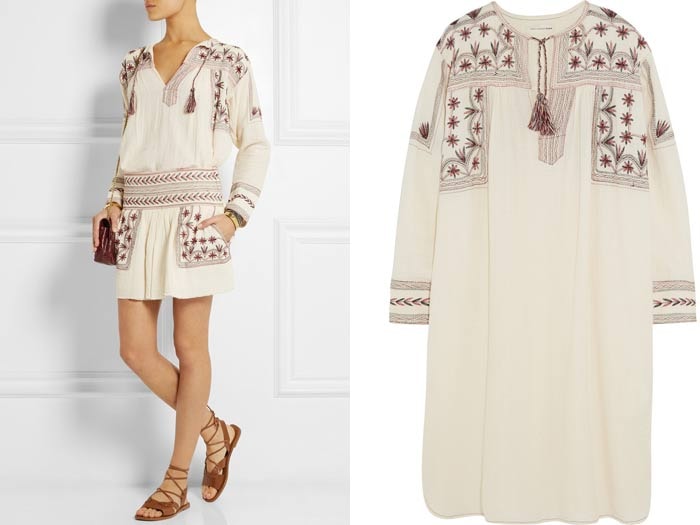 The dress version of the alleged plagiarized traditional costume is currently on sale for 120 pounds on Net-a-Porter, down from the original retail price of 200 pounds which is equal to 4,500 Mexican pesos. The original blouse from the Mixe community is said to cost roughly 300 pesos in Tlahuitoltepec. "The community also invited [Isabel Marant] to visit and to learn about the community and the artisan women creating the garment for so many generations," said Adriana Aguerrebere, from the NGO Impacto, which aims to reduce poverty and income inequality in South America. "The community also invited civil society and state, federal and even international authorities to work in the legitimisation of the collective heritage of indigenous peoples." Impacto will be working together with the Mixe community in search of more widespread protections for "the knowledge and the patrimony" of its indigenous people.

The case between Isabel Marant and the Mixe community has been further complicated after the Guardian contacted the designer's office and was told that another designer had also accused the designer of stealing their design. Fellow French fashion house Antik Batik has reportedly taken already "summoned" Isabel Marant as they believe they hold the copyright on the design. "Before the district court of Paris, Isabel Marant is fighting to set the record straight: she has presented submissions which expressly point out that these designs come from the village of Santa Maria Tlahuitoltepec in the province of Oaxaca, in Mexico," read a statement from the fashion house.

"Moreover, Ms Isabel Marant, after tracing the true origin of these clothes, officially informed the court: 'For her part, Ms Isabel Marant does not claim to be the author of this tunic and these designs'." As of yet, is seems that the indigenous community is unaware of the claims from Antik Batik and Marant's statement regarding her designs.