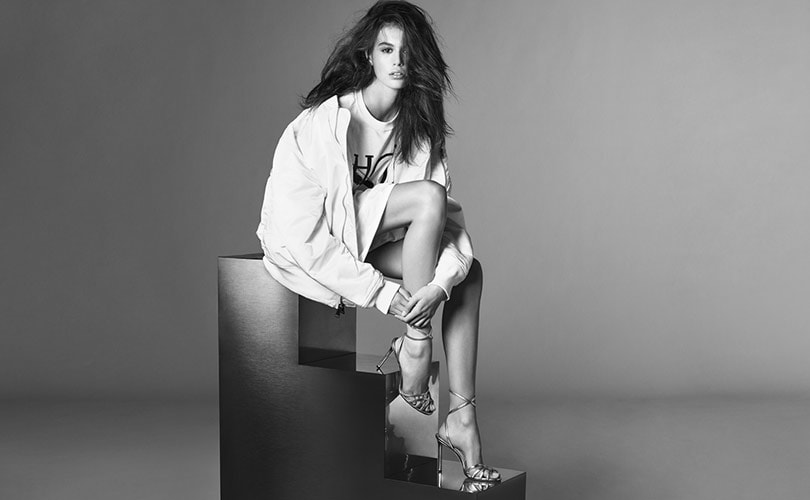 Instagirls, nepotism and diversity: What makes a model today

The modeling industry today looks almost nothing like it did a decade ago. As with other sectors in the fashion industry, the impact of social media has given rise to new trends in the modeling business. Traditionally, models were often scouted in their hometowns and propelled into stardom on catwalks all over the world. These days, fresh faces are most likely discovered on Instagram and the number of their followers before they are signed by an agency is just as important as the modeling portfolio. Another increasing trend is models hailing from famous families are in demand by top designers from Tommy Hilfigerto Dolce and Gabbana. The right pedigree can almost immediately secure a high profile campaign or at least a front-row seat as a special guest of the brand. Read on for which current trends are dictating what makes a successful model in 2020. 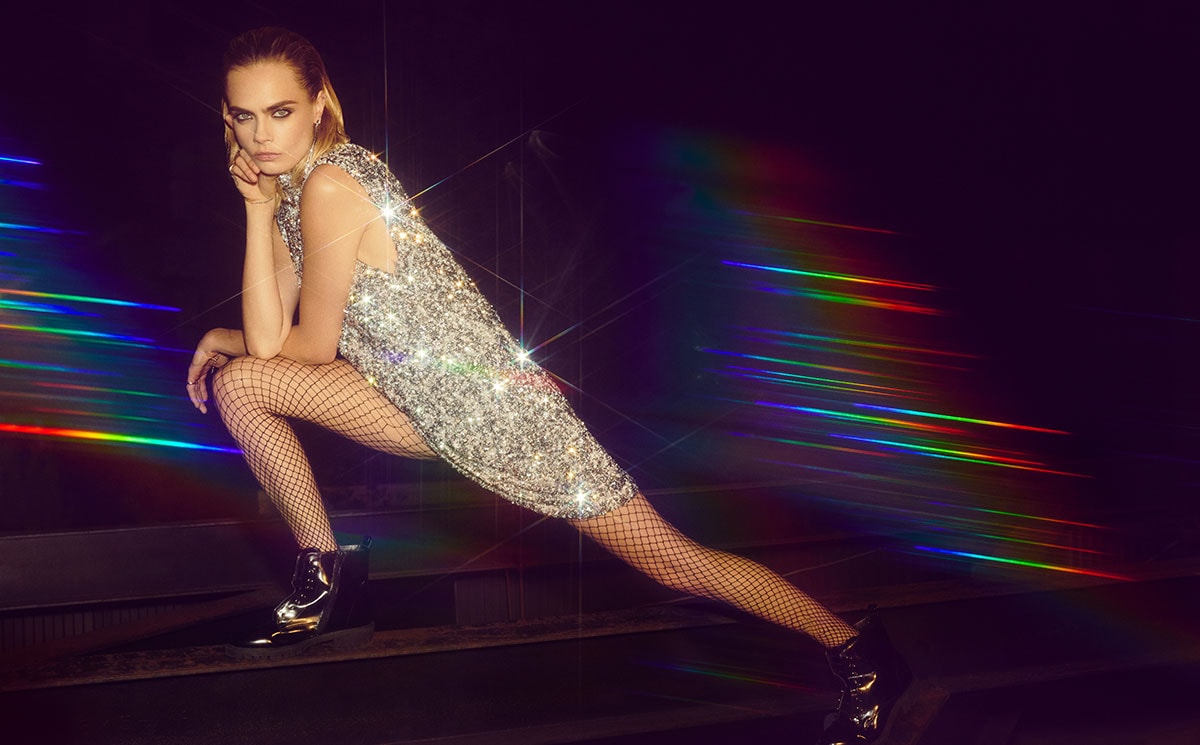 Back in September 2014, Vogue featured nine models on the cover and officially termed the phrase, “Instagirls”. A new generation of supermodels with millions of Instagram followers had arrived to rule the runways. Fei Fei Sun and Arizona Muse may have been scouted the ‘traditional’ way while Cara Delevingne and Gigi Hadid were introduced to the industry by their well-connected families, but one factor that united them was how tech-savvy they were and their ability to engage with their audience on social media.

Gigi Hadid, who to date has 51.8 million followers on Instagram told The Independent in an article, “Companies are going to look at your following and your ability to connect to different age groups and different people. If you can connect to a lot of people by just being relatable and by showing people different sides of your life and of you, that’s what brands are looking for.”

Fashion icon and queen of the catwalk, Naomi Campbell was asked her opinion regarding Instagirls on The Meredith Vieira Show in 2015, she stated, “I just feel my generation of women, like Cindy Crawford, Linda Evangelista, Christy Turlington, Claudia [Schiffer], we had to earn our stripes and take our stepping stones to get to where we have gotten.” Campbell further expressed that if she could do it all again, she’d still choose the same old-fashioned way, rather than becoming one of the industry’s current “Instagirls” because she feels that it’s “easy come, easy go”.

It seems that the days when a 14-year-old Kate Moss was recruited as a model at New York’s JFK Airport, after holidaying with her family or when Gisele Bündchen was discovered by an agent while eating at McDonald’s on a school trip in São Paulo seem a thing of the past. In 2016, Chanel announced that their new face for the fragrance No. 5 L’Eau, would be none other than the 17-year-old daughter of Johnny Depp and French singer and actress Vanessa Paradis. 90s supermodel Cindy Crawford’s daughter, Kaia Gerber debuted in 2017 at New York Fashion Week while Hollywood actor Stephen Baldwin’s daughter, Hailey Baldwin is the go-to girl for American brands Guess and Ralph Lauren. With fashion runways across the world seemingly turning into debutante balls, there continuously appears to be a divided opinion between working models who don’t come from privilege and the socialites favored currently by top brands.

In a controversial interview with Kendall Jenner by Love Magazine for their tenth-anniversary issue, she expressed, “Since the beginning, we’ve been super selective about what shows I would do. I was never one of those girls who would do like 30 shows a season or whatever the f--k those girls do. More power to ’em.” This out of touch statement ignited criticism on social media from professional models that didn’t come from a celebrity family. Teddy Quinlivan, a transgender American model who has walked for designers including Jeremy Scott, Jason Wu, and Saint Laurent rebutted on Instagram that most models weren’t born into privilege, don’t have the opportunity to refuse work and make exponentially less for the same job. Jenner’s model peers such as Daria Strokous and Amber Witcomb also weighed in on the statement and were quick to remind Jenner that it’s closer to 70 shows some models walk a season. 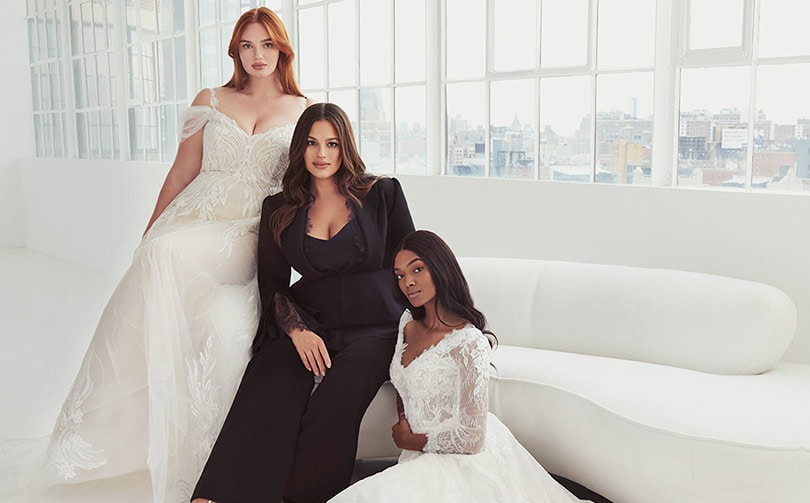 With the growing trends of inclusivity and body positivity, the plus-size market has become a vital part of mainstream fashion. “We now live in a culture with increased demand for products which identify with wearers’ beliefs and interests. Fashion is acting as a greater mirror for social mood than ever before,“ explains Katie Smith, Retail Analysis & Insights Director at Edited. Two of the most successful American plus-sized models Paloma Elsesser and Ashley Graham joined Vogue's panel, "Don't Label Us: The Models Reflecting Today" held in 2018 to voice their perspective on representing ‘the actual norm in America’. “Ashley and I are in the same industry, but we represent very different women, different identities, different experiences. It's hard when we're supposed to represent all of those identities in one,” Elsesser shared during the panel. They concluded that fashion will only become more diverse when it overcomes tokenism.

Democratization of the modeling industry: #metoo, speaking the truth

The #metoo movement has ushered in a new social narrative which has also largely impacted the fashion industry as well. For decades, modeling has been a silent profession, but with the access to social media and numerous platforms, more and more models are finding the necessity to ‘speak the truth’ about unprofessional working conditions, non-payment and abuse in the industry. “Now models have social media platforms, so even if they’re not incredibly well known, they can still have a relatively big following and articulate their views in a way they weren’t able to do before,” said Francesca Granata, the director of the master’s program in fashion studies at Parsons School of Design to The New York Times.

Apply for jobs in fashion on FashionUnited:

Keep up-to-date on news in the fast-moving fashion world by subscribing to our newsletter! Click here >>