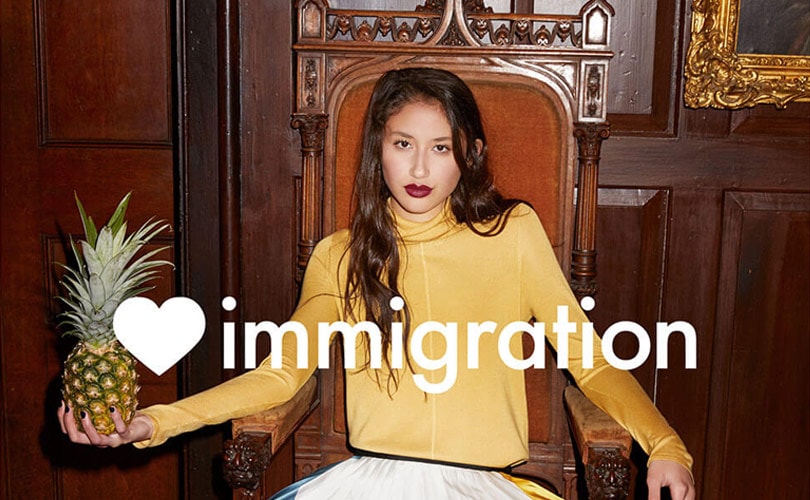 British fashion retailer Jigsaw has included a positive message concerning immigration in its new AW 17 campaign. Under the title “Jigsaw Loves Immigration” the fashion brand celebrates its brand diversity as the future of the UK and its EU nationals post-Brexit remains clouded. 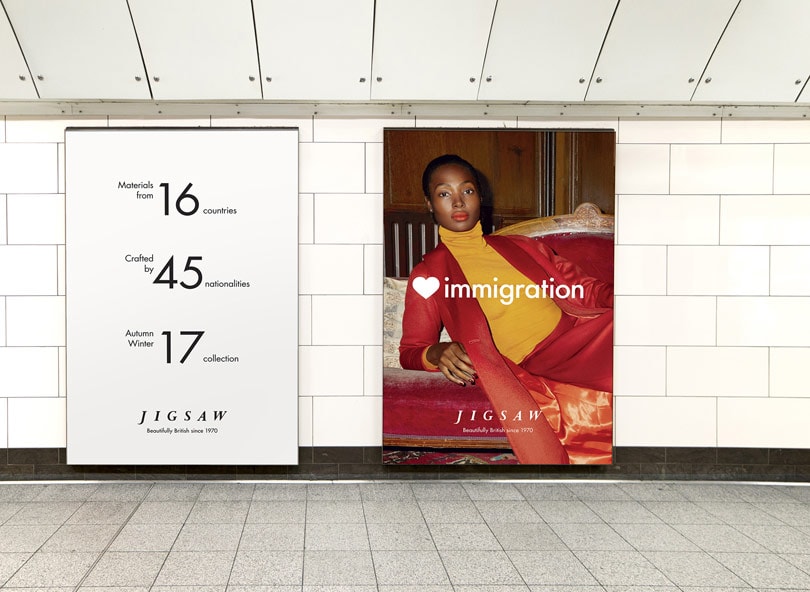 The print, social media and digital campaign is currently featured across Oxford Circus underground tube stationing London and includes a manifesto, which has been released to the brand’s website and Twitter account that underlines its stance on immigration and diversity. Using its motto “Beautifully British since 1970”, Jigsaw’s new campaign explains what it means to be British to them and to highlight how the brand would not be what it is without immigration. 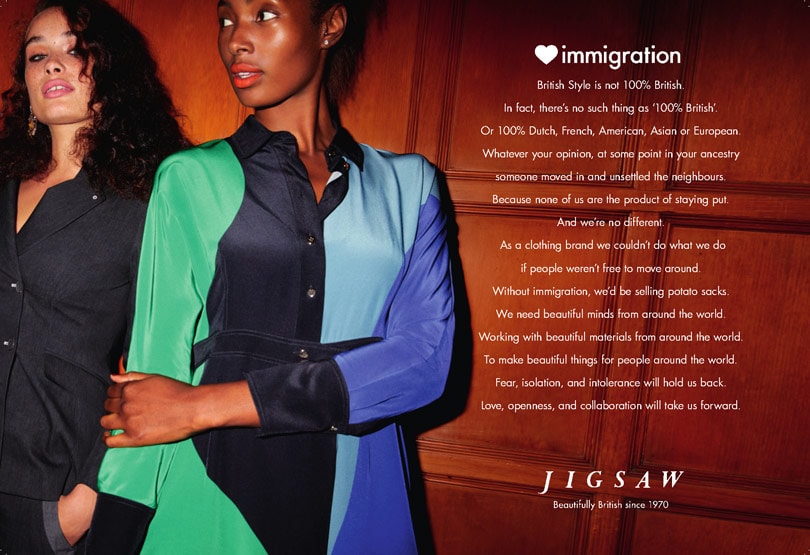 “British Style is not 100% British. In fact, there’s no such thing as ‘100% British’. Or 100% Dutch, French, American, Asian or European. Whatever your opinion, at some point in your ancestry someone moved in and unsettled the neighbours. Because none of us are the product of staying put,” reads Jigsaw’s Manifesto. “And we’re no different. As a clothing brand, we couldn’t do what we do if people weren’t free to move around. Without immigration, we’d be selling potato sacks.” 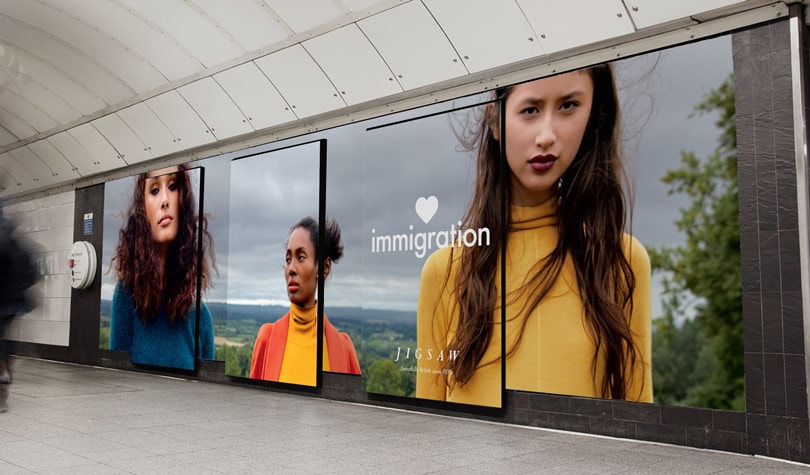 The moving AW17 campaign was designed by London-based creative agency The Corner, and features a wide range of models in stately houses. Since its launch the campaign, which is accompanied by the hashtag #heartimmigratio has drawn in a wide range of positive praise from both consumers as well as the media. It’s manifesto post on Instagram is Jigsaw’s most liked post ever, as the brand sought to make a political statement, even if is one that is controversial, rather than just a fashion statement. 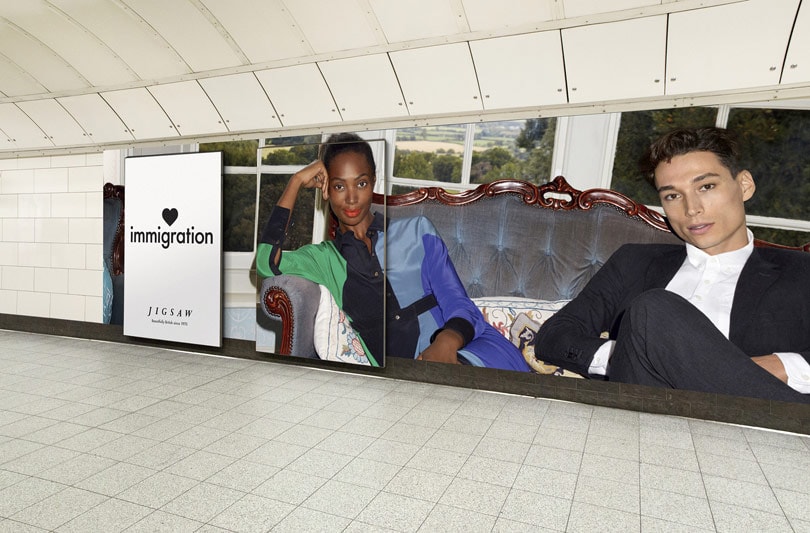 “Fashion doesn’t operate in a bubble; it plays on a broader psyche," said Peter Ruis, CEO of Jigsaw. "We could just talk about clothes, but with what is going on around us it seems hypocritical and superficial to not accept the debt we owe to immigration in its broadest sense. Be it people, cloth, the stone floors in our shops, the film to shoot our campaigns. We are all part of a vibrant, tolerant, global Britain. These are things we believe in as a brand.”