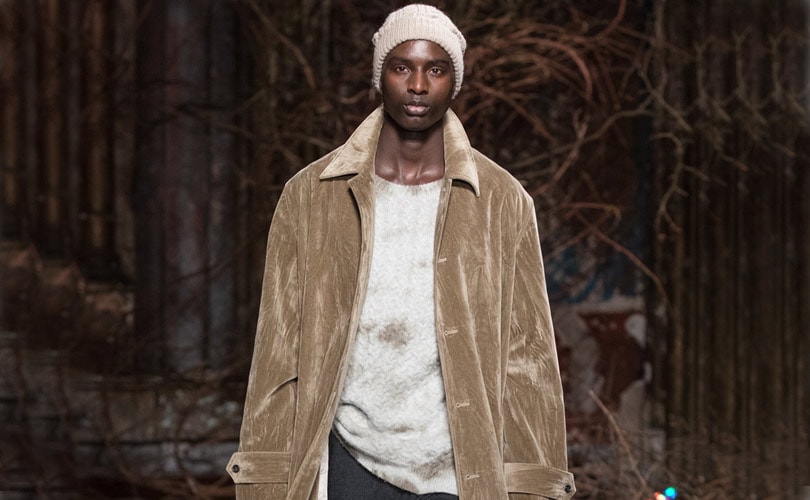 While his brand is still rock 'n' roll at its core, this season the designer chose to explore the notion of looking back to move forward titling his collection John Varvatos 2.0. As men's luxury fashion continues to become increasingly more street style, Varvatos chose to take some of his iconic styles and revamp them with street influence. This is how he believes today's rock 'n' roll gentleman on the streets of New York dresses.

The opening look featured layering, which is standard for winter collection, but had a look of intentional quickly tossed togetherness to it. The downtown gentleman might be on the go, but he doesn't allow himself to look cheap. 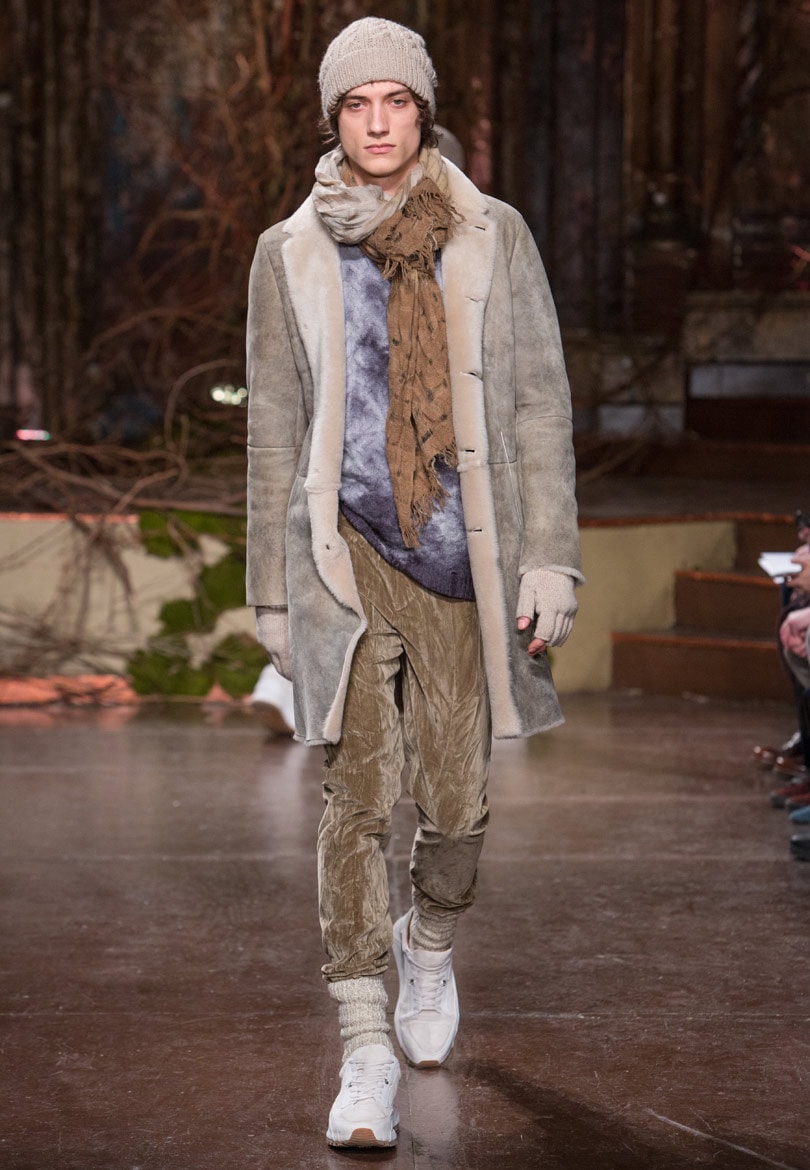 The color palette featured nutmeg, winter white and neutral sandy browns. To elevate his minimalist choices Varvatos went luxe with the fabrics. Washed velvets, saturated leathers and printed cashmere all helped to elevate the the luxury feel of the collection. The designer also took special attention to footwear as well. As he attempts to bring in more of the street style customer, leather and suede sneakers gave an athleisure feel to the collection.

Varvatos was all about the juxtaposition of slouchy-sleek and sophistication this season showcased by marled wool socks with wool blend joggers. Rather than slim, narrow designs for shoes, he opted for a chunky sole. 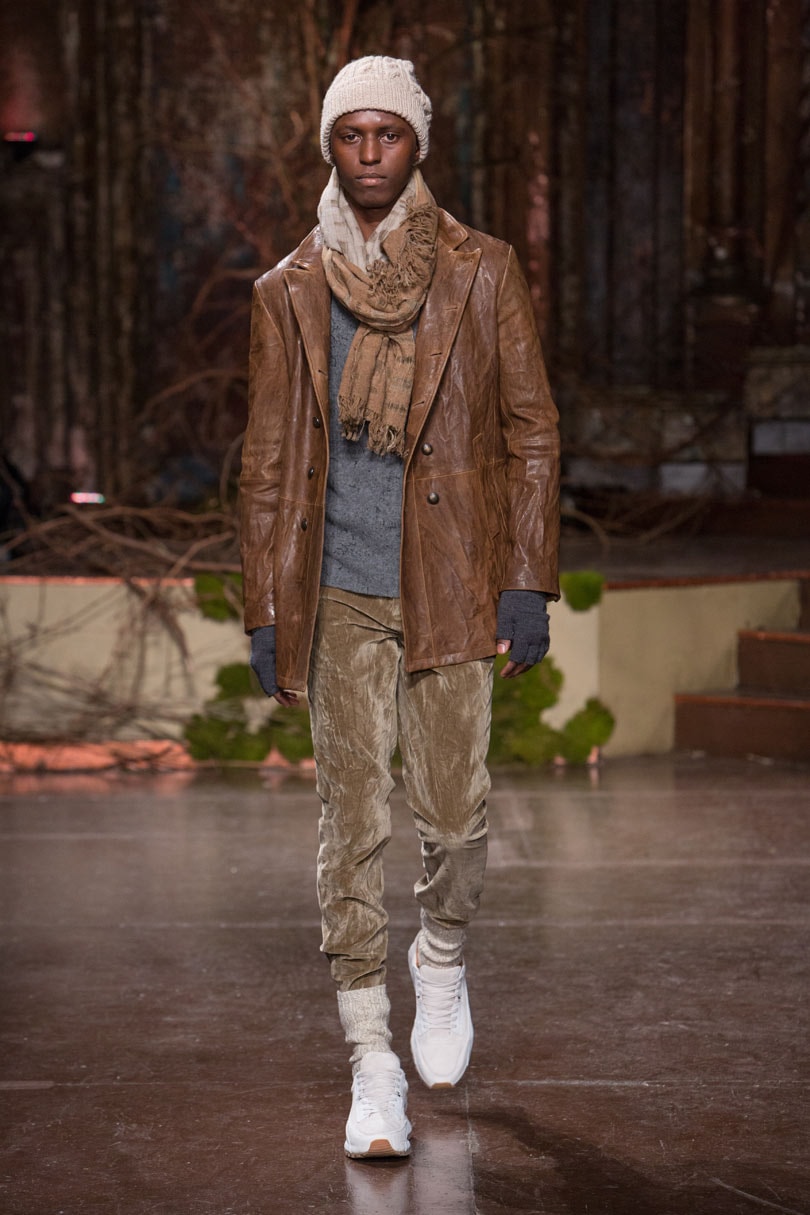 He is the first of the season to let us know that an oversized trend is on the way, as customers continue to opt for comfort, but still want to be fashionable. The John Varvatos 2.0 customer is a different man. He's no longer just the classic rock guy in the designer leather jacket. He's more downtown, more laid back, and is more about freedom of expression.

For the finale to his runway show Varvatos had his models line up as he came out in a t-shirt that had "Equality" blazoned across it. With their hands to their hearts, a guitar version of the national anthem began to play. 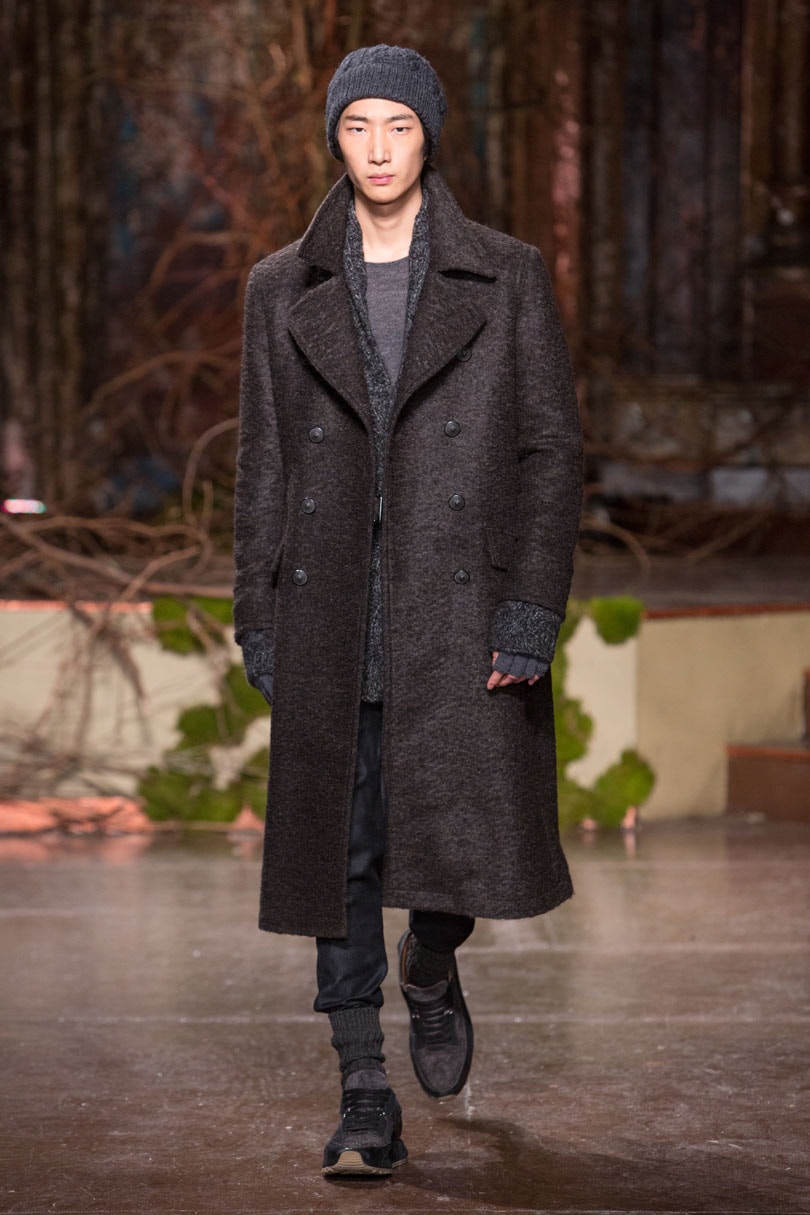 Like many designers today, Varvatos isn't afraid to get political reminding us that America is a place of equality, with freedom and fashion for all. John Varvatos 2.0 is about a guy who is aware of both good taste and the world around him. The new incarnation of the Varvatos man has arrived.