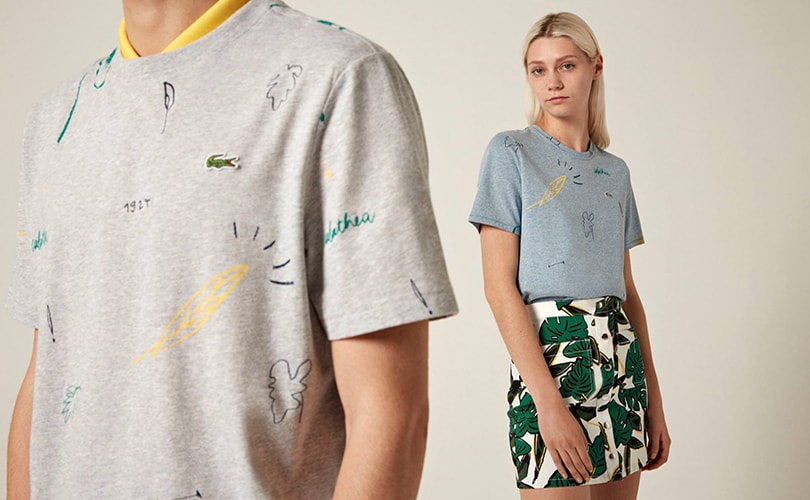 The mohair industry remains in hot water as yet another fashion brand decides to ban the material from its future collections. French casual label Lacoste has joined a list of over 300 apparel companies pledging to no longer use mohair after a video expose from PETA depicted animal cruelty in angora goat farms in South Africa, the world’s largest mohair producer.

"Committed to the respect of animal welfare, and after having banished animal fur and angora, Lacoste has put an end to the use of mohair. As of January 2019, no more Lacoste items will contain mohair", said Lacoste in an email to FashionUnited.

Mohair South Africa, the association that represents the local mohair industry, denies that animal cruelty is widespread. They claim only two farms were depicted in PETA’s video, both of them working with the same shearing contractor, against whom an investigation is underway. But that didn’t stop hundreds of fashion giants such as Asos, H&M and Topshop from ditching the material anyway.

“PETA’s expose has pulled back the curtain on the violent mohair industry, and Lacoste has made the commendable decision to implement a total ban on the material”, said PETA’s director Elisa Allen in an email to FashionUnited. “The footage shows that shearers -- who are paid by the volume, not by the hour -- dragged goats by the horns and legs, lifted them off the floor by the tail, and worked so quickly and carelessly that they were left with gaping, bloody wounds”.