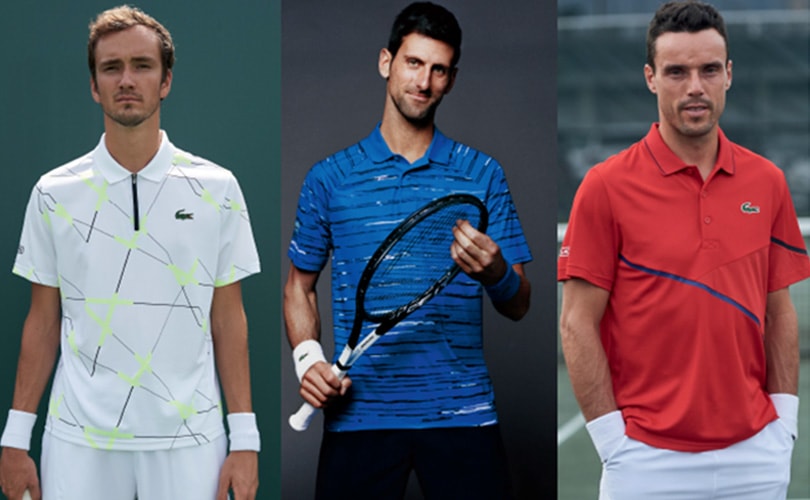 Lacoste to be the most popular brand at the U.S. Open

This year, Lacoste will be the most represented athleticwear outfitter at the upcoming U.S. Open. This is the first time that the brand will be seen so widely at the two-week tennis tournament.

Djokovic wore a new Lacoste striated print in blue and black for the first day of the U.S. Open. Lacoste has also designed a capsule collection with Djokovic to allow fans to imitate the athlete will wear on the tennis courts.

Lacoste has designed exclusive new men's sport piqué polos for Medvedev and Bautista Agut. These polos were created for greater freedom of movement and feature a new graphic print with a ventilated back panel.

The U.S. Open began on August 26 and continues through September 8.