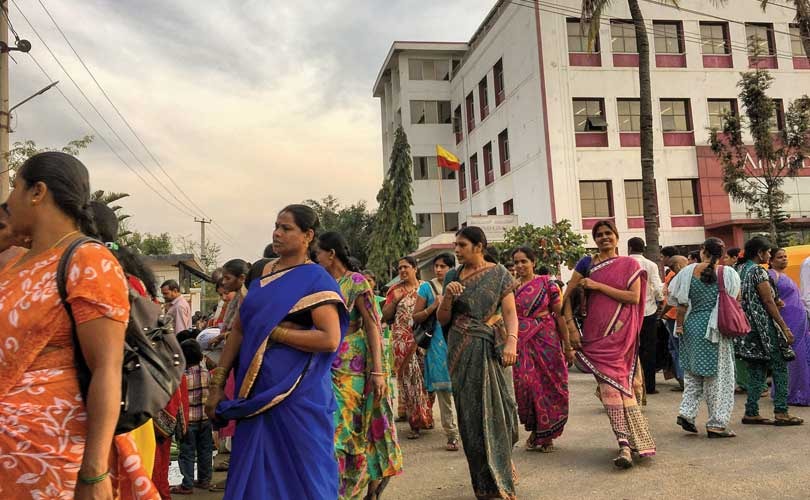 Leading fashion companies including Nike, PVH, Levi Strauss, Esprit, Adidas and Under Armour have signed an open letter to the Cambodian government urging it to improve its labour standards.

The companies, who claim to contribute 9.5 billion US dollars (7.26 billion pounds) to Cambodia’s exports through their work with the country’s suppliers, said they are “concerned that the labour and human rights situation in Cambodia is posing a risk to trade preferences for Cambodia.”

The companies said that when the Multifibre Arrangement (MFA) was being phased out, they were concerned that Cambodia’s garment sector would not survive, but kept buying from the country largely based on its government’s “strong commitment to higher labour standards that were embodied in [its] implementation of the ILO Better Factories Cambodia (BFC) program.”

Fashion firms concerned about labour and human rights in Cambodia

Cambodia’s strong support for the BFC and its implementation of “strong labour standards” has enabled its garment, footwear and travel goods sectors to grow exponentially, the letter says, with those categories now accounting for more than one third (43 percent) of the country’s total gross domestic product (GDP).

But the letter said that recently both the European Union and the United States have had to re-examine the country as a trading partner “based on the declining respect for labour standards, including freedom of association, and other issues related to respect for human rights issues in Cambodia.”

The companies said that a similar letter had already been sent in November offering recommendations as to how the Cambodian government could “demonstrate real progress toward respecting trade unions and civil society,” but had not received a reply. “We look forward to hearing back from you and working with you to ensure a bright future for Cambodia’s workers and the Cambodian economy overall,” the letter ends.

Below is the full list of companies who signed the letter: