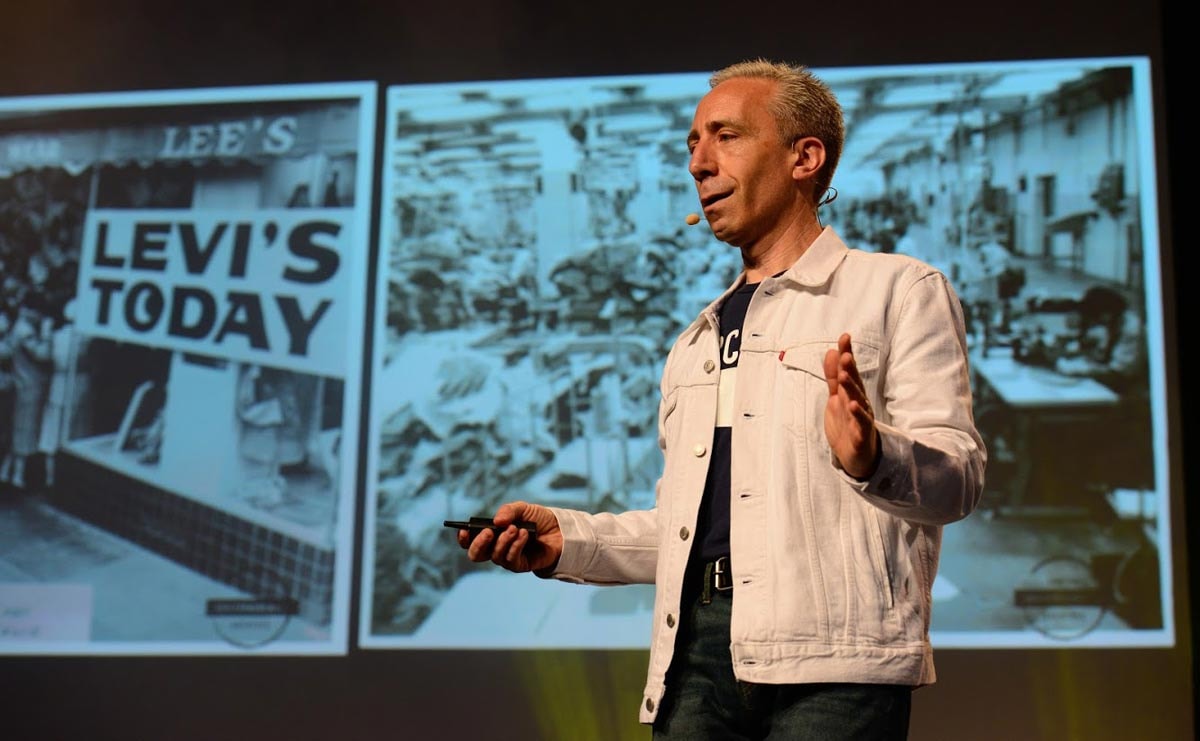 Levi's to allow shoppers to customise their own 'greener' jeans

Amsterdam - Levi’s is launching a new feature on its website that will allow shoppers to customise their own pair of "greener" jeans using laser finishing technology.

The feature, announced by Levi’s president of direct-to-consumer, Marc Rosen, on Wednesday at World Retail Congress, will allow online shoppers to design their own products from a pair of plain blue jeans - or a “blank canvas” - as a starting point. Shoppers will then be able to choose the colour, overdye and levels of wear and tear on the jeans. The new feature will be available online for US customers in the Autumn.

T-shirt customisation and denim embroidery is no longer enough for the modern shopper, Rosen said. “The customer wants a whole new level. They want to design their very own product. They want it to be personalised for them and they want to build something unique.” The process uses Levi’s F.L.X (future-led execution) laser finishing technology - a technology that uses less chemicals compared with traditional finishing methods and cuts a labour-intensive process of 18-20 steps, taking up to 12 minutes per pair of jeans, to a three-step method done in 90 seconds.

Another advantage of this is that the finishing and customisation process can now be done in distribution centres, closer to the customer, rather than in factories, and Rosen suggested stores would shift from being "a product showroom to a collaboration studio.”

He added: “If you think about a traditional store, the consumer comes in and sees stacks of finished goods that we finished earlier in the process and made the decision about what they might like. Here they’re able to come in and take a blank canvas and design their own product. That elevates the role of our stylists and our tailors. They’re some of the best at customising our product but now they get to share that experience with consumers.”

This means less risk for retailers, too, Rosen said. Instead of them being forced to make predictions on consumer trends too early in the process, this new concept means that the decision process can be deferred until a much later stage, when retailers have a better idea of what the consumer is actually going to want. Rosen said the new feature is part of the company's wider marketing focus shift from “promoting and clearing what we have, to inspiring consumers with what they can create.”

World Retail Congress 2019 takes place in Amsterdam between 14-16 May and brings together some 1,400 attendees from 55 countries. Keep an eye on further coverage of the event from FashionUnited.