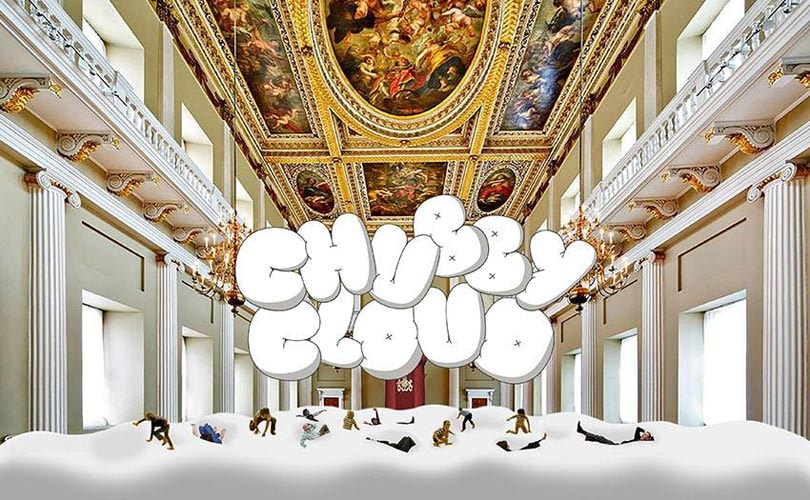 What appeared far removed from the London Fashion Week catwalk mayhem, but was in fact a key LFW event, was Anya Hindmarch presenting SS19 in the form of a fluffy beanbag. The world's largest apparently, according to the company.

Away from the buzzy runways, front row mania and backstage drama, was a refreshing three day event which included a series of ticketed talks, meditations, music and bedtime stories, all under the magnificent Rubens painted ceiling at Banqueting House. Guests were required to lie down on a giant beanbag, hashtagged for Instagram and social media as Chubby Cloud, and listened to soothing meditations while they relaxed away from their frantic LFW schedules. 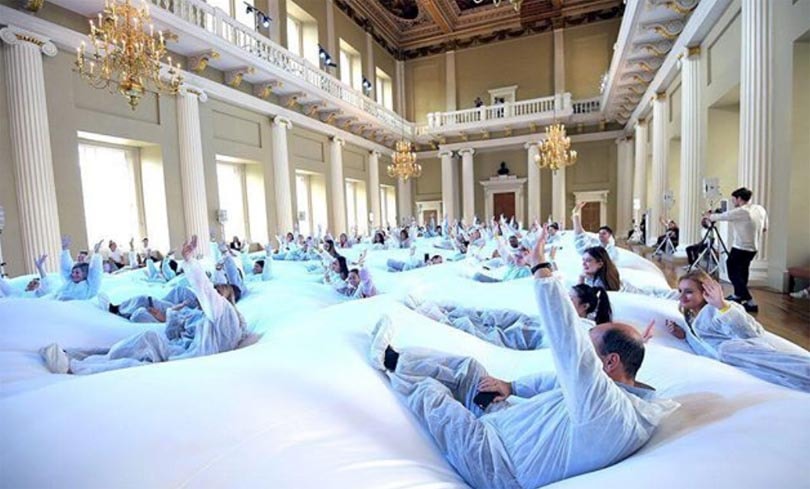 Hindmarch told WWD: 'It's the idea of engaging with people not in a traditional format. I wanted to just talk to our customers and make this inclusive."

"You see how people behave when they sink into the Chubby Cloud — it's quite natural — and I wanted to do something where they could come and be playful. And you're quite porous when you're lying there, so you are open to the art and you're open to listening — and hopefully open to knowing more about us."

Hindmarch previously stated she would present her collections in alternative formats outside of the London Fashion Week catwalk show pace. Back in February, Hindmarch placed chubby heart balloons around London's infamous landmarks to highlight her brand and AW18 collection.