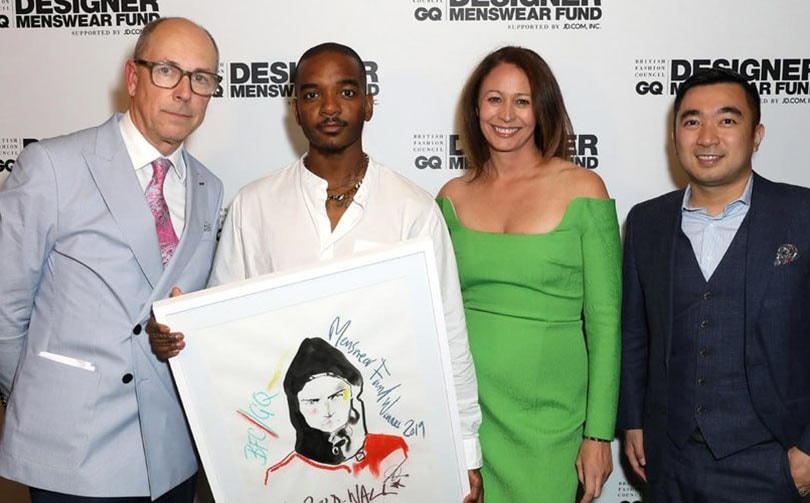 The collaboration will be a “special activation” that will run from January 11-13 during Milano Fashion Week Men’s (MFWM) that brings together “young British creative talent with the best of Italian manufacturing in the hotbed of commerciality of Milan”.

The move comes as LFWM falls so close to the New Year and the British Fashion Council said that it wanted to “shine a light” on British talent through an international activation in Milan that will include a catwalk show, designer showrooms, digital installations and events.

During MFWM, A-Cold-Wall*, the BFC/GQ Designer Menswear Fund and NewGen recipient, will show their autumn/winter 2020 collection at the Palazzo del Ghiaccio. While located at Spazio Savona 56, the London show Rooms will host an art installation designed by The Mill and produced by YouConcept, “bringing the story of LFWM to new audiences”.

In addition, the British Fashion Council and Camera Nazionale della Moda Italiana will present a selection of designers, both British and Italian, who share a special affiliation with London as well as an evening cocktail event for Italian fashion manufacturers and textile companies.

The project was conceived by Stefano Martinetto, chief executive and co-founder of fashion business accelerator, Tomorrow, as a way to “further showcase the entrepreneurial creative talent that London has to offer the industry”, and will be support by the Italian Economic Development Ministry and Foreign Trade Agency, with funding coming from the government and the Italian Trade Agency, explained the British Fashion Council.

Dylan Jones, BFC menswear chair, said in a statement: “We’re bring LFWM to life on a global stage, with the show dates being early in January this season, we’ve decided to celebrate LFWM in further international territories with a significant partnership with Milan, working across cities in collaboration with Camera Nazionale della Moda Italiana.

“This partnership presents an amazing opportunity to champion British businesses and give exposure to the brilliant talent that London has to offer but we encourage you all to join us in London on January 4.”

Carlo Capasa, Camera Nazionale della Moda Italiana, added: “We are very pleased about this year’s collaboration with the BFC. The collaboration between both institutions is a precious opportunity for both of us to establish a bridge between our cultures and to create a lasting relationship that will surely be enriching for all parties involved.

“This project will give CNMI the opportunity to expand our borders and to make Milan’s Men Fashion Week even more international. Having the chance to host international-becoming stylists in Milan is an honour for us and we are happy to prove we are up to this task. We hope that the possibility to observe and get to know the promising students that will arrive from the United Kingdom will allow everyone to have a peek at what the new generations are developing and will give us insights on future trends. As CNMI we are very looking forward to embrace the international audience to Milan and to make everyone feel welcome during Milan’s Men Fashion Week.”