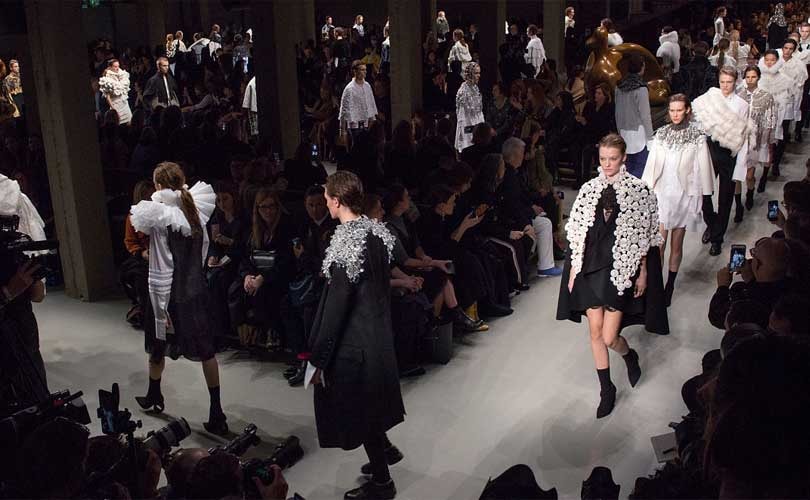 The new partnership is set to begin with the impending spring/summer '18 season taking place next month. The British high street retailer and the BFC are set to kick off the new partnership on the eve of London Fashion Week, September 14 during an on schedule event at the LFW venue, The Store Studios, 180 The Strand.

In addition to hosting an on schedule launch party, which is set to welcome industry influencers and media, New Look is also set to launch a curated collection of 20 womenswear items, including footwear and accessories capsulation the latest trends, named 'The Edit.' Launching early September, the key pieces in the collection has been selected by New Look's in house design team.

"At New Look, we want to make the latest fashion accessible for everyone, which is why we are really excited to be embarking on such a prestigious partnership with the British Fashion Council and London Fashion Week," said Anders Kristiansen, CEO at New Look CEO on the sponsorship. "This iconic international fashion moment provides the perfect platform for us to offer our global audience style inspiration and demonstrate who we are as a brand – our personality, individuality, and dedication to self-expression – as we continue to elevate our fashion credentials."

"Our ‘London Fashion Week Edit’ will be a first look at the exciting product that our customers can expect to see going into the new season and we can’t wait to unveil it." In order to ensure consumers feel more involved during LFW, New Look will also be hosting a number of in-store events during the weekend at its flagship store on Oxford Street, offering them an insider's look at the bi-annual fashion event. New Look will also host events at its stores in Manchester and Birmingham the following week together with the BFC, bringing LFW outside of the capital city.

The new partnership builds on the BFC’s ongoing strategy on ensuring London Fashion Week becomes more accessible to a wider audience. “Our partnership with New Look will take London Fashion Week to a fashion-savvy global audience, aligning with the British Fashion Council’s long term strategy of bringing our platforms closer to the consumer,” said Caroline Rush CBE, Chief Executive British Fashion Council. “New Look’s positioning of female empowerment and inclusiveness are brand objectives that we align with and we look forward to helping empower a younger generation through fashion.”