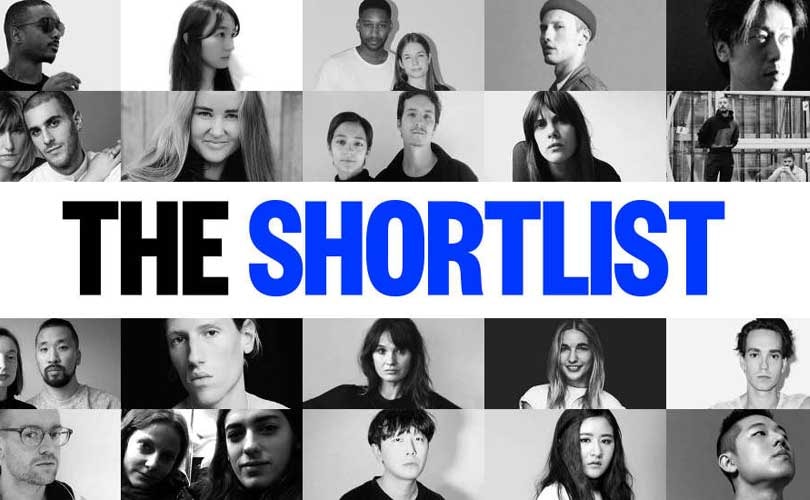 London - LVHM has revealed its shortlist for its 2018 Prize for Young Fashion Designers and with half of the nominated designers competing for the 300,000 euro cash prize focusing on gender-neutral fashion it seems as gender will play less of a role in the future of fashion.

From the list of 20 semifinalists for the fifth edition of the annual LVMH Prize for Young Fashion Designers, six brands produce gender-neutral fashion, two design for both men and women while eight are women’s wear designers and four are men’s wear designers. However, half of the brands nominated, design clothing which is genderless and can be worn by men and women.

“Gender-neutral fashion, already present in former editions, has gained considerable ground, thus proving that the Prize echoes the recent evolutions in fashion. Among the 20 brands selected, 6 are headed by design duos,” said Delphine Arnault, founder of the Prize and leading talent at LVMH, the parent company of leading luxury brands such as Dior, Fendi and Louis Vuitton in a statement.

Among the gender-neutral semi-finalists for the 2018 competition are Faustine Steinmetz, a Paris designer based in London; Matthew Adams Dolan, based in New York; GmbH, the Berlin-based design collective led by Serhat Isik and Benjamin Alexander Huseby; Youchan Chung’s The-Sirius, based in Paris; Masayuki Ino’s Doublet, based in Japan and Ludovic de Saint Sernin from Paris.

“For the 2018 edition, we have selected 20 young designers from China, France, Germany, Japan, the Netherlands, Norway, Poland, Portugal, South Korea, Switzerland, the United Kingdom, the United States and Vietnam,” added Arnault.” For many upcoming designers, the benefits of participating in such a Prize can already been seen in the first round of the competition - all 20 shortlisted designers will show their collections at LVHM headquarters on March 1 and 2 during Paris Fashion Week, where they will meet with 48 experts who will select eight finalists.

Last year, GmbH designers met with Adrian Joffe at the showroom, who went on to stock their label in his concept store Dover Street Market. “The platform itself is just amazing. I mean, that’s already like a prize in itself, to have all these people talking to you. I definitely feel like it’s valuable and important for young brands like us, especially when you’re from Berlin and you don’t live in Paris, or you’re not within the scene,” said Isik to WWD.

Designers were asked to address an extra criteria section in sustainability this year as well, as the Prize aims to champion creative and ethical brands. “The designs of the 20 semi-finalists reflect the current trends in fashion, where streetwear is progressing and continues to shape designs that challenge traditional categories, borrowing from menswear and womenswear. With this Prize, LVMH confirms its ongoing commitment to supporting young fashion designers and places the spotlight on tomorrow’s talents,” added Arnault.

The finalists will come together in June at Fondation Louis Vuitton in Paris and meet with a jury which include the likes of Karl Lagerfeld; Louis Vuitton’s Nicolas Ghesquière; Marc Jacobs; Dior’s Maria Grazia Chiuri; Loewe artistic director Jonathan Anderson; Givenchy’s Clare Waight Keller; Haider Ackermann of Berluti, and Kenzo designers Humberto Leon and Carol Lim, among others before the winner is s elected.