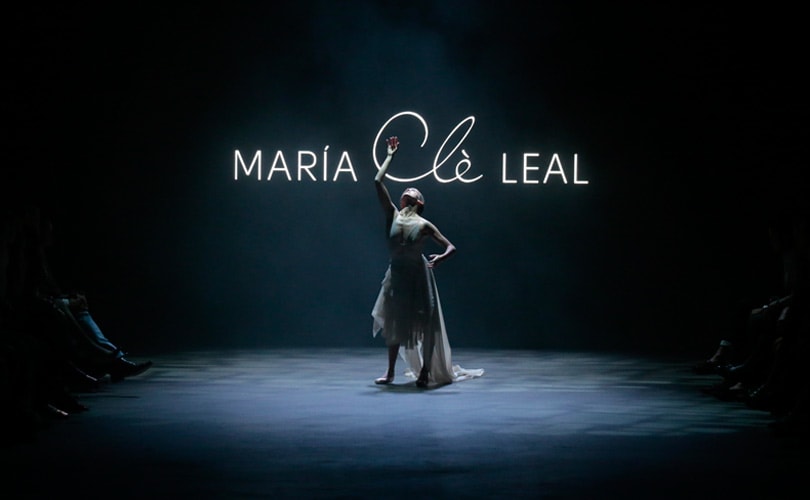 Spanish designer María Clè Leal, who was recently awarded with the Mercedes-Benz Fashion Talent Award, presented her Autumn/Winter 2015-2016 collection during the final night of Mercedes-Benz Fashion Week Amsterdam to a full-house, which included guest of honor and face of MBFWA Spring/Summer 2016, model Doutzen Kroes.

Clè Leal was invited to show her collection as the guest designer of MBFWA as part of the Mercedes-Benz designer exchange programme, a platform which has been developed by the orginazation to support talented young designers. "I am very grateful to Mercedes-Benz for this opportunity - it's a great showcase to display my work," said Clè Leal. 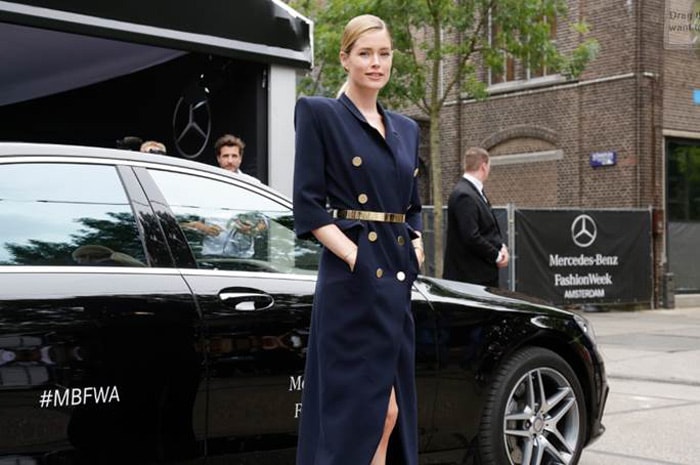 Presenting her collection for the first time in Amsterdam, she showcased a delicate, feminine collection based on a color palette that consisted of nudes, blacks and fuchsia. Inspired by the soft petals of a flower, the Spanish designer used materials like boiled wool and light chiffon to create dresses that cocooned the female form. There was much focused place on the female silhouette, which was heavily emphasised by excessive ruffles of volume and exaggerated proportions crafted from the thick fabric in the first designs shown and later accentuated by light, almost transparent layers that seemed to float and skim over the models bodies in later designs.

The models were accompanied by a ballerina dancer draped in chiffon on the catwalk, who did draw some of the attention away from the designs, but was meant to distort the straight lines of the models walk. Her dance acted as a metaphor for a Clè Leal, who enjoys mixing different forms of art with her work and the story behind the collection. The Mercedes-Benz Fashion Talent Award, which recognises the creativity of young Spanish designers at Fashion Week in Madrid, was awarded to the designer for her first solo collection since her separation from her former design partner Patricia Blaquez Morales, entitled 'Fragile'. 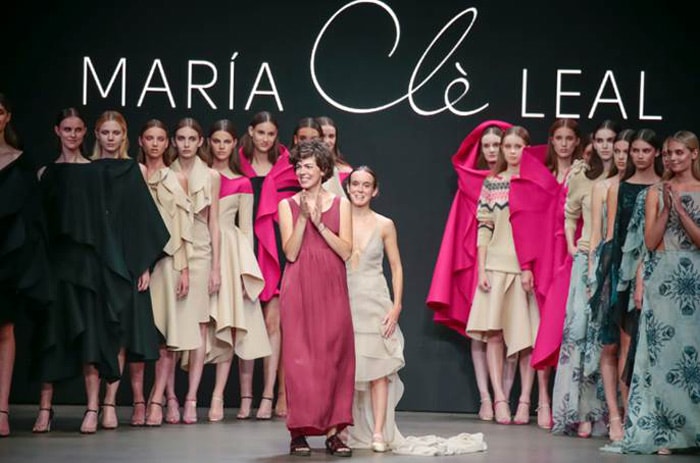 "Fragile was born from many changes in my life. It’s a very poetic collection, inspired by the life of a flower," said the Madrid-based designer on her collection. "The collection speaks of the delicate and subtle, but also about the force behind a seemingly crisp image. Armed structure designs, very sculptural and organic forms shaped in felt, give way to more simple to finish with very feminine clothes, made in chiffon printed with drawings by me. It is a very personal collection." 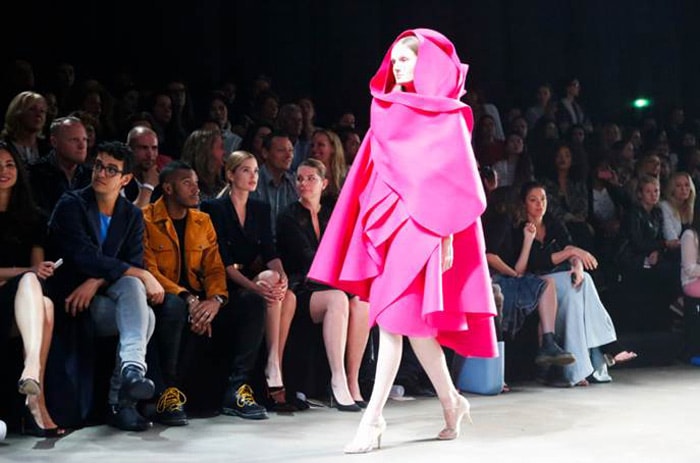