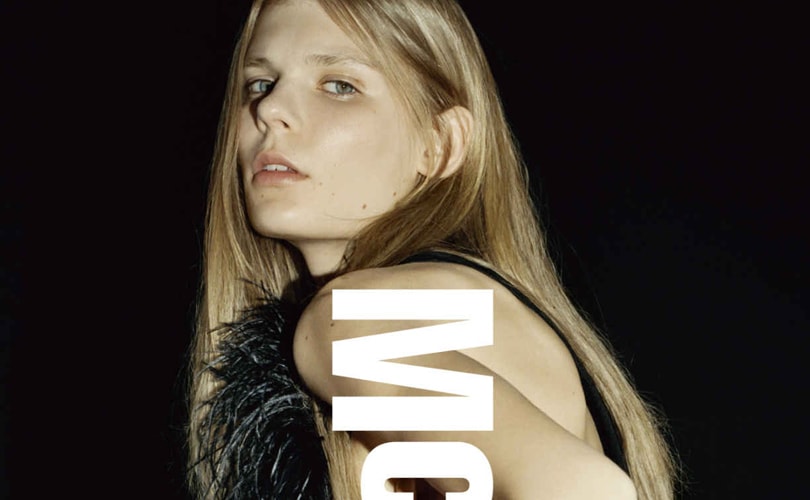 New York - It's been ten years since the late great Alexander McQueen introduced his diffusion line McQ to the world. It was described my McQueen as, "younger and more renegade, but always signature McQueen." While McQ never got the treatment and publicity other diffusion lines like the soon-to-come-to-an-end Marc by Marc Jacobs or 10 Crosby Derek Lam, that could soon be changing.

Since new creative director Sarah Burton has taken over Alexander McQueen, McQ has been showing a lot of promise. Since November 2011, McQ has opened 11 standalone stores, and yesterday the brand revealed a new logo to signify McQ entering a new era. The stylish curvilinear McQ logo very reminiscent of the official Alexander McQueen logo is gone, and has been replaced with an "Alexander McQueen" in sans serif, but the Alexander and last four letters of McQueen have been blotted out so only the McQ is visible.

Alexander McQueen finding a new relationship with their diffusion label

New ads featuring the logo have been released with the bold new logo featured across the bodies of Elizabeth Ljadov and Tobias Lundh. Burton was going for something young and renegade, and she seems to have hit the mark on the head. The company's official comment on the new logo was: "The new logo represents McQ’s irreverent attitude and rebellious spirit, redefining the relationship between McQ and Alexander McQueen."

Thanks to Burton, McQ will no longer just be that diffusion line in Bloomingdale's and on ssense.com, but, rather, a true star in the world of diffusion lines. While Burton hasn't announced any other major plans for the line yet, it certainly is beginning to do an excellent job of standing on its own, and could begin running some serious competition for their competitors. With Marc by Marc Jacobs coming to an end, luxury diffusion line lovers will need somewhere to flock to and McQ could be just the place.