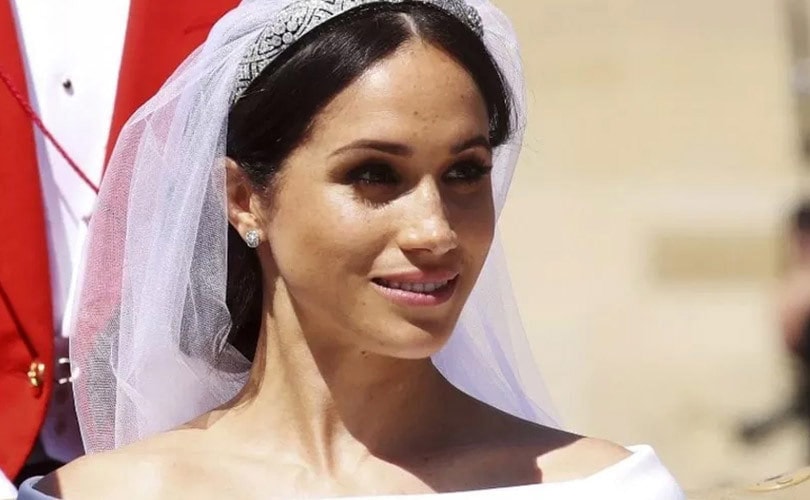 Meghan Markle’s wardrobe was the most expensive in 2018

Meghan Markle has influential taste. With fans aspiring to copy her style, there is no doubt that the newest member into the British royal family is great for the business of a brand she favors. But what is also true of her influential taste is that it is expensive. According UFO No More, Markle's wardrobe cost more than that of any other royal in 2018—in any royal family, not just the British family.

The source of the so-called "Markle Effect" phenomenon, Markle might have been the most influential taste maker in the fashion industry in the last year. Clothing and accessory items, such as Mother Denim's Looker Fray Jeans in Love Gun or Strathberry's tote bag, sell out after Markle put her seal of approval on them.

Many of Markle's favorite fashion items fall into a more affordable price point, which is why her fans are able to emanate her look and sell out clothes. The above mentioned jeans retail for around 200 dollars, plus Markle has often been seen wearing mid-range brands like J.Crew, Barbour and Hunter.

However, as Markle has shown since she said "I do" in Windsor this past May, the Los Angeles-native does have quite a taste for luxury.

UFO No More, a blog dedicated to uncovering the truths behind royal fashion, with a clever acronym for "unidentified fashion objects," estimated the total costs for royals' wardrobes. With a total of 479,078 euros, Markle's wardrobe took a far lead to the other 14 royal women on the list. Denmark's Crown Princess Mary came in second, with her total estimation at 102,914 euros—less than a quarter of the cost of Markle's wardrobe.

And while Markle's sister-in-law, Duchess of Cambridge Kate Middleton had topped the list last year, at 139,324 euors Middleton's 2017 total didn't even come close to half the cost of Markle's 2018 wardrobe. This year, Middleton spent *only* 80,273 euros on clothing, landing her at fourth place.

Price-per-piece, however, Markle was not the biggest royal spender. Princess Charlene of Monaco, whose overall spending of 61,390 euros placed her just behind Kate Middleton, spent an average of 2,557 euros per clothing and accessory item.

Markle fell in just behind her, with an average cost per item of 1,871 euros. Middleton's average item cost was 990 euros.

The new American in the British royal family has indulged quite a bit into her newfound role as a duchess. While her support of mid-price range brands has helped her style to be more accessible to others, her favoring of luxury designers like Givenchy, Stella McCartney, Dior, Carolina Herrera and Aquazzura skyrockets the cost of her fashion expenditures straight to the top.