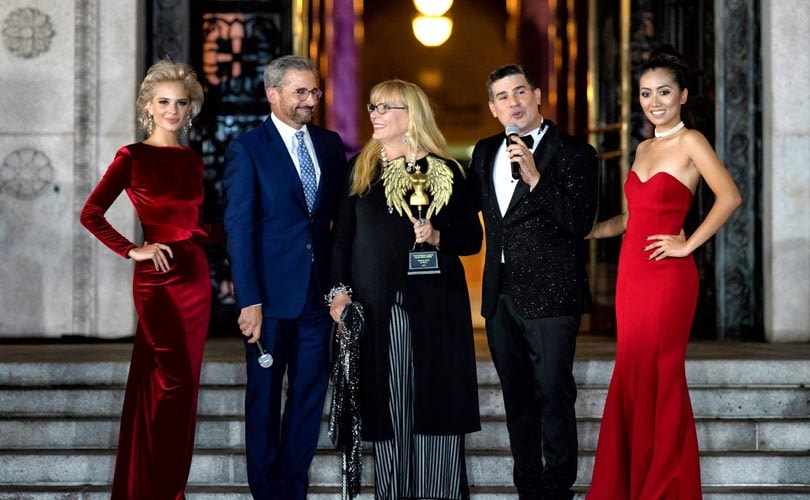 New York - The costume designers for the films Black Panther and Crazy Rich Asians were presented with top honors at the commencement of Metropolitan Fashion Week in Los Angeles.

Held at the City Hall Forecourt and Rotunda over the weekend, the sixth annual ceremony was attended by over 1,500 members of the fashion and entertainment industry.

Ruth E. Carter, the visionary behind the looks in the comic book adaptation Black Panther, and Mary E. Vogt, who created the dazzling pieces featured in Crazy Rich Asians both tied for the Costume Designer of the Year prize. In the TV category, Jaqueline Demeterio was honored for her work on the series Younger.

Hosted by America's Next Top Model alum Ava Capra and the event's founder Eduardo Khawam, the evening included a special tribute to Academy Award-winning makeup artist Ve Neill, who was presented with the coveted Excellence Award. Over the course of her distinguished career, Neill has worked on films like Mrs. Doubtfire, Beatlejuice and the recent A Star is Born. She was given the prize by Steve Carell, who worked with her on the upcoming drama Welcome to Marwen.

Metropolitan Fashion Week is the only event of it’s kind that features both the work of retail and costume designers. It has emerged as one of the fastest growing fashion weeks in the United States, with shows in Seattle, Los Angeles and Las Vegas.