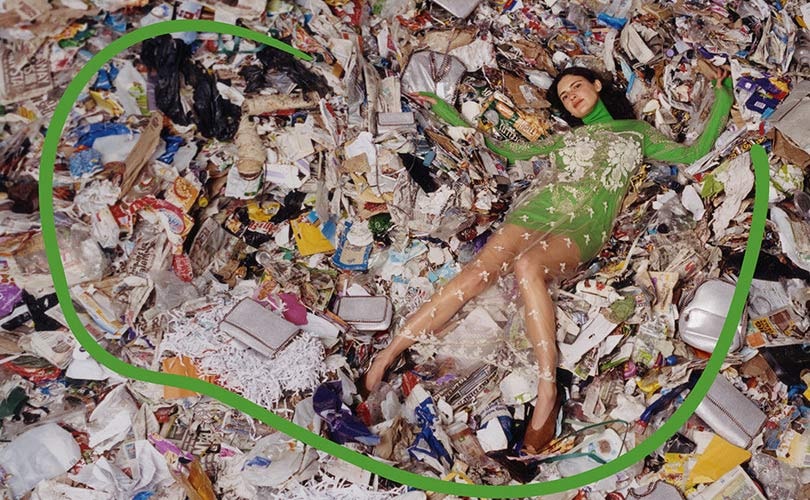 The Chair of the Environmental Audit Committee has written to the UK’s ten leading fashion retailers, including Marks and Spencer, Primark, Next, and the Arcadia Group, to submit evidence to the Committee’s inquiry into the sustainability of the fashion industry, to state what steps they are taking to reduce the environmental and social impact of the clothes and shoes that they sell.

Environmental Audit Committee Chair Mary Creagh MP said in a statement: "The way we design, produce and discard our clothes has a huge impact on our planet. Fashion and footwear retailers have a responsibility to minimise their environmental footprint and make sure the workers in their supply chains are paid a living wage. We want to hear what they are doing to make their industry more sustainable."

The retailers, which also includes Asda, TK Maxx and Homesense, Tesco, JD Sports, Debenhams, and Sports Direct, have been asked to respond on the concerns that the demand for fast fashion is fuelling the need for quick turn-arounds in the supply chain, leading to poor working conditions in UK garment factories, in order for the committee to offer recommendations to the Government on how to reduce the environmental impact of the fashion industry.

The Committee wants each retailer to provide information on: whether they pay the living wage to garment workers and how they ensure child labour is not used in their supply chains; whether they use recycled materials; how long clothes are kept and how they encourage recycling; whether they incinerate unsold or returned stock; what steps they are taking to reduce the risk of microplastics contaminating the ocean; and what other steps they are taking to reduce the environmental impact of their clothing ranges and how they audit success.

Environmental Audit Committee asks fashion chains M&S, Primark and Next to reveal what steps they are taking to reduce environmental and social impact of their clothes

In the letter, Creagh said to the fashion chains: “As you will be aware, there are increasing concerns about the social and environmental footprint of the clothing industry. There are also concerns about fair pay for garment workers. Clothing production involves water and energy intensive processes resulting in pollution and greenhouse gases. It uses chemical dyes, finishes and coatings – some of which are toxic. Synthetic fibres used in clothing result in ocean pollution as plastic microfibres are released when washed, entering the ocean and ultimately our food chain.”

The Environmental Audit Committee has given the retailers until October 12 to respond, and has added that it may call in some of the biggest retailers into Parliament for “further questioning” when the hearings for the inquiry start in November, and added that all responses would be published, including nil returns.

Commenting on the government’s request for evidence, Peter Andrews, head of sustainability at the British Retail Consortium, said in a statement: “As our population grows, more people are buying more clothes, which does impact the environment. However, because of the efforts of leading fashion retailers, many of the clothes that we now buy have lower individual environmental impacts.

“This has been achieved through sourcing more sustainable materials, designing products that are made to last, and encouraging customers to return unwanted clothes for reuse. Looking ahead, we know more needs to be done. Clothing production is a global market place and the best answers to its environmental and social impacts will be achieved with collaborative global actions.”

As part of the ongoing inquiry, the committee also revealed details of preliminary evidence already submitted by experts, campaigners, and sustainable fashion innovators earlier this year. Which includes evidence from the Textiles Recycling Association that shows that the UK consumes new clothing at a higher rate than that any other European nation, at 26.7 kilograms per capital, in comparison to Germany at 16.7 kilograms and Denmark at 16 kilograms.

While evidence submitted by the British Retail Consortium reveals that academic research in Leicester, a UK sourcing hub, found that between 70 percent and 90 percent of garment workers are paid below the minimum wage and do not have employment contracts, and are subject to intense and arbitrary work practices.

Traid’s submission added that clothing production has roughly doubled in 15 years. During the past 10 years studies suggest that the number of items of clothing purchased per consumer has increased more than two fold, while adding that hundreds of thousands of tonnes of clothing ends up in household residual waste every year, with around 80 percent going to landfill and 20 percent incinerated.

The textile reuse and international development charity, which is working to stop clothes from being thrown away, added that clothing production uses a large volume of water and can result in extensive water pollution. In 2016, the water footprint of clothing in use in the UK was around eight billion cubic metres (with each cubic metre equalling 1,000 litres) of water. Adding that countries such as China, India and Pakistan, which now supply most of the cotton for UK clothes, are more likely to suffer severe water stress and scarcity.

Research from Professor Thompson at the University of Plymouth revealed that there is clear evidence that marine habitats around the UK and globally are being contaminated with synthetic fibres, and that a single domestic wash can release in the region of 700,000 fibres to wastewater. While some fibres are intercepted in wastewater treatment, he notes that some escape to the environment.

While submissions from the Institution of Mechanical Engineers added that the global fashion industry produced 1.2 billion tonnes of CO2 equivalent in 2015, more emissions than international flights and maritime shipping combined and that a pair of 501 Levi's jeans will use 3,781 litres in its full lifecycle, from growing cotton and its manufacture through to consumer care and end-of-life disposal.