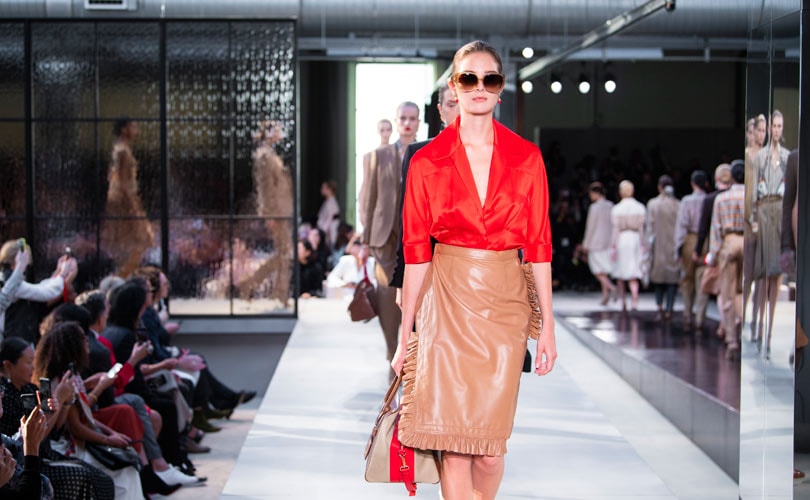 After New York, the fashion world descends on London Friday for more than 80 catwalk shows over five days -- just weeks before Britain is due to leave the European Union, creating potential headaches for the industry.

Italian designer Riccardo Tisci, formerly of Givenchy, will be showing off his second Burberry collection.

He took over from Christopher Bailey in March 2018 with the mission of giving the venerable company a new lease on life.

The British institution, founded in 1856, reported mixed sales at the end of last year compared with those achieved in recent years, and hopes its women's autumn-winter 2019-20 collection will kick-start the engine.

The designer declared his ambitions in Vogue, saying he wanted to "sustain the Burberry heritage" but "go with the times, with modernity".

The time is no coincidence, with 17 being the favourite number of the Italian, who left his family to begin his fashion career aged 17.

Fashion Week will get also get a first glimpse of Victoria Beckham's new collection on Sunday.

Beckham's chic and sober designs are more used to gracing the New York catwalks, but she celebrated her brand's tenth anniversary last year by presenting in London for the first time.

The former Spice Girl, now a respected designer, is still sailing in troubled financial waters however, having recorded losses of up to 10.3 million pounds (13.3 million dollars, EUR11.7 million) for the year 2017.

This year will be the first time that members of the public will be able to attend the event, which is usually reserved for buyers, journalists and VIPs.

The "London Fashion Week: Insiders" project will release a limited number of tickets, ranging in price from 135 to 245 pounds.

The increasing importance of Fashion Week reflects Britain's booming fashion industry, with revenues for women's ready-to-wear rising by 5.5 percent to 30.9 billion pounds in 2018, according to market analyst group Mintel.

However, uncertainty surrounding Brexit, due to take place on 29 March, is worrying designers, who fear leaving without a deal could hit exports.

"The industry is anxious and worried and uncertainty is never good for the mood of anyone, let alone an industry based on freedom of movement," Tamara Cincik, founder and CEO of consultancy firm Fashion Roundtable, told AFP.

"Retail is already dealing with huge losses to footfall on the high street with the growth of online sales outlets. No deal will mean that we are stuck at borders or goods won't get in."(AFP)