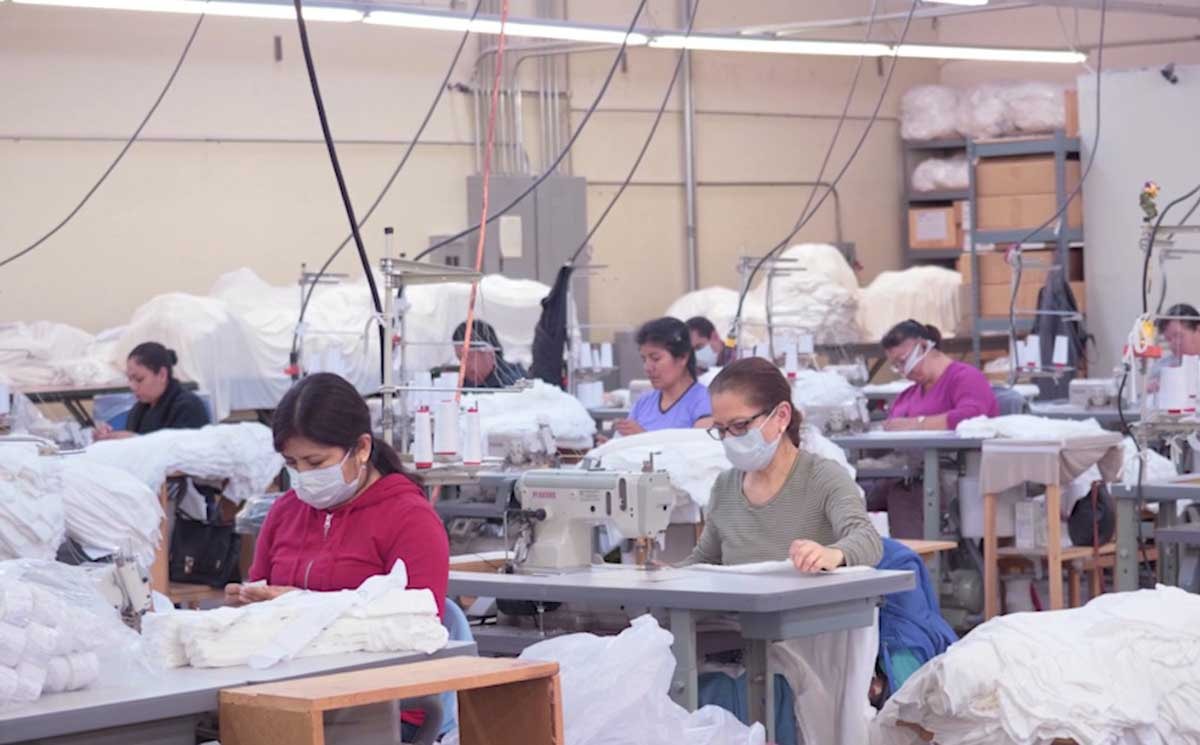 New short film highlights plight of garments “Made in America”

Is apparel manufacturing close to home the better, safer and fairer option? Not necessarily as various exposés regarding “Made in Europe” have shown and across the pond, “Made in America” does not fare any better. In a just released short film with the same title, US-based NGO Remake gives viewers a look into multiple Los Angeles clothing factories and talks to local garment makers, designers and a labor conditions inspector about what is really happening in the “land of the free”.

“When we think of ‘Made in America’, we think of our manufacturing heritage. … [But] for apparel, it has gone to a workforce that is vulnerable and can be exploited. And that is different when we think of ‘Made in America’. All of these things that we imagine that could happen overseas can happen here and they do,” says a Los Angeles labour conditions inspector with more than 20 years of experience who chose to remain anonymous to protect her job.

Los Angeles is the apparel manufacturing capital of the US

Los Angeles is the clothing manufacturing capital of the United States, where 50,000, mostly immigrant women work. According to the film, the US Department of Labor discovered that 85 percent of the garment factories are in violation of codes, with issues ranging from rock bottom wages to physical abuse.

In the ten minute film, the labour inspector mentions the fact that the workers, mainly women from Latin America and Mexico but also some Asian populations, let themselves be pushed, exploited and abused because they need the money for their families at home; education for their children, medicines for loved ones or often just the bare necessities.

Yeni is one such woman, a third-generation tailor from Indonesia. She loves her work and is proud of the craftsmanship it entails. However, even she got exploited when she came to Los Angeles, speaking little English and not knowing what her rights were - minimum wage, for example, but also adequate lighting on the work floor and hygienic conditions, extending to the bathrooms. Yeni found none of that. She got paid 125 US dollar per week, less than the other workers because she spoke no English. For a long time, she did not even find out because she could not communicate with her coworkers. 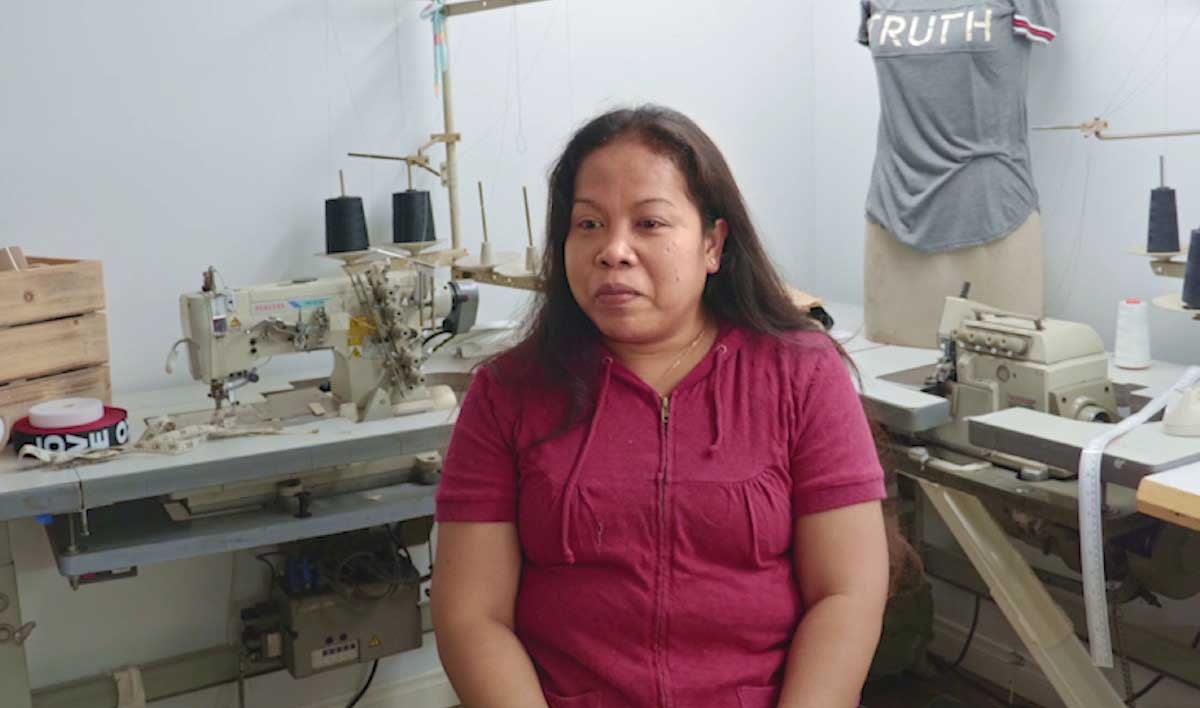 “Made in America” does not equal more ethical, legal or fair

“‘Made in the US’, ‘Made in L.A.’, there is a very dangerous assumption that it’s made ethically, that it’s made legally. It’s hard for people to conceive that literally right down the street, people are working in sweatshop conditions. But we really need to highlight this problem and we need to clean this up,” says garment factory owner Jaleh Factor of Sourcing Theory who now employs Yeni.

She points to the simple fact that many people - like herself at first - do not realise that making clothes is not an automated process but that there are people behind every tank top, every pair of jeans. They are talented, hard-working individuals who want a job that treats them well. Factor realises that plans to roll out a work ownership program next year, making her workers her partners.

Matt Boelk, co-founder of Los Angeles-based label Groceries Apparel, who has been in the business for ten years, points to the problem of fast fashion. “It starts with the customer. It’s part of a whole big system where people are not making a ton of cash themselves but they are programmed in our consumer society to want, want, want. And they can have it at H&M or Zara for under 20 bucks.”

“There are extreme price pressures on the industry thanks to the influx of cheap goods on the market. … There is a cost to that,” adds Boelk. “When you’re consistently paying near to nothing for your clothes, you need to stop and think ‘is somebody being abused or taken advantage of for my price point to be so low,” agrees Factor. 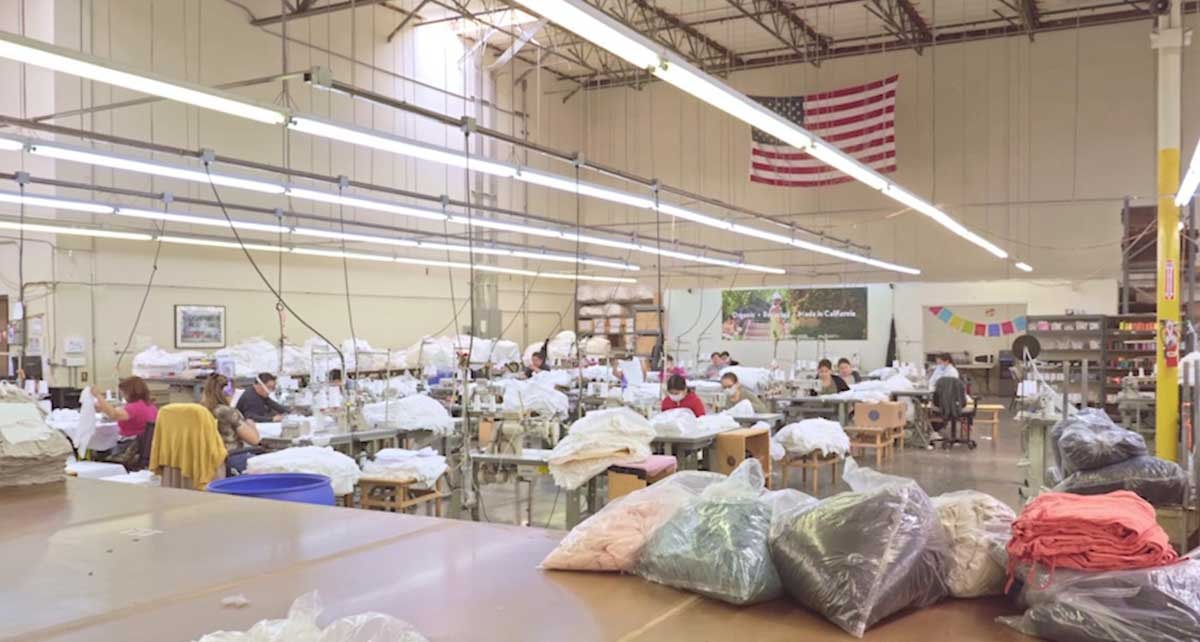 “We have a culture here. It’s well lit, well ventilated, and they have a nice break room,” says Boelk about his brand and factory Groceries Apparel. “We know each other. Big corporate companies are totally profit-driven and when they say it can’t be done responsibly, that’s a lie. It is all possible.”

“Made in America” sums up the consensus in the more responsible, sustainable part of the fashion industry that what it comes down to is consumers caring about who made their clothes and brands and retailers revealing their sources to further transparency in the supply chain. This will lead to workers being treated with dignity and them taking pride in the work they do and the place they work at, regardless if they live in Bangladesh, India, Romania or the United States.

“Made in America” is available for viewing on the Remake website (remake.world/stories/made-in/made-in-america).