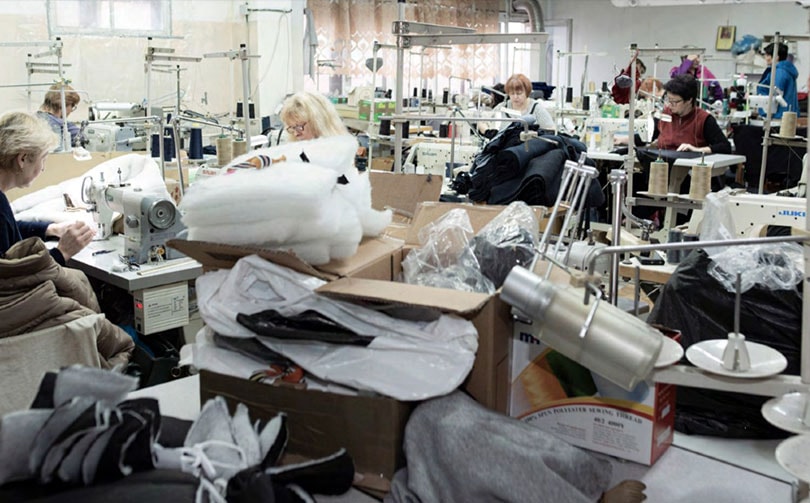 Five days ago was the seventh anniversary of the collapse of the Rana Plaza building in Bangladesh. More than 1,100 garment workers lost their lives and thousands were injured. The event highlighted the inhuman working conditions: locked in, intimidated and grossly underpaid. Tragic, we think, but far away. New research by the Clean Clothes Campaign and Bread for the World shows that these working conditions also prevail in apparel-producing factories in Europe; the statements and fates of women workers in Bulgaria, Croatia, Serbia and Ukraine are similar to those of their colleagues in Bangladesh.

As one of the largest garment importing and exporting nations in the world, German brands and retailers are the primary buyers of clothing produced in Ukraine and Bulgaria and the second most important buyers for Croatia and Serbia. For their study "Exploitation Made in Europe", researchers in the four countries investigated for the Clean Clothes Campaign and Bread for the World and interviewed employees of suppliers of German fashion companies in Ukraine, Serbia, Croatia and Bulgaria, representative of European buyers. In all four countries, around 120,000 workers make clothes for German brands alone. 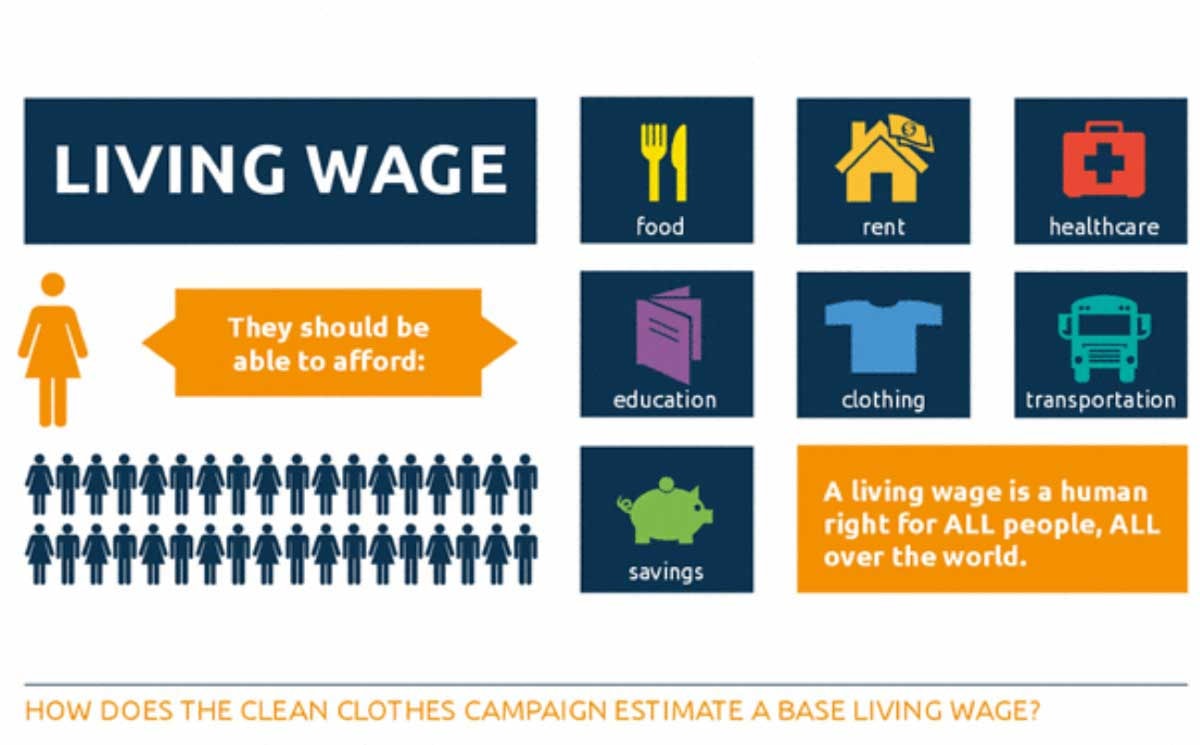 Human rights violations are common in all four countries

The investigation found several violations of human rights in the four countries examined, the most serious in terms of wages paid: “Across the board, the main human rights abuse is the non-payment of a living wage. To make things worse, in none of the production facilities supplying German brands were workers able to earn above the EU’s own poverty threshold – not even with the addition of overtime and allowances. At the Ukrainian supplier to Esprit and Gerry Weber, workers’ wages are sometimes delayed for months or not paid in full,” found the study. The net wage of a seamstress ranges from 165 euros in Ukraine to 405 euros in Croatia - all clearly under the poverty threshold of EU-SILC 2018.

Gender discrimination is evident, given that the garment industry – with a contingent of women of 90 percent or more – is the worst paid manufacturing sector in the countries investigated. Among the most poorly remunerated roles within it is sewing, which is almost exclusively done by women. Most sewing jobs are paid on piece rate. While women are overrepresented in these workplaces, they are much less present in managerial positions, the study found.

The workers’ dignity and their right to just and favourable working conditions is also violated on a regular basis: Employees of all investigated factories reported threats, insults, humiliation and intimidation. Workers report strikingly similar ‘propaganda strategies’ by the management across Eastern and Southeastern Europe: “[The] factory is about to close”, “there is the door” and other threats of job loss repeat themselves independent of location.

Workers are not allowed to be sick

As a consequence of the unacceptable working conditions, workers unanimously complain about constant exhaustion and chronic fatigue. “Their human right to health is at risk. Their most pressing wish – next to earning decent and deserved wages – is to be able to rest properly and to spend more time with their families,“ the study found.

Further irregularities reported by workers include blatant violations of the national laws in all investigated factories: irregularities concerning annual leave, sick leave, dismissal, overtime, short-term labour contracts and maternity leave. In a nutshell, this means that workers are advised not to be sick if they want to keep their jobs. 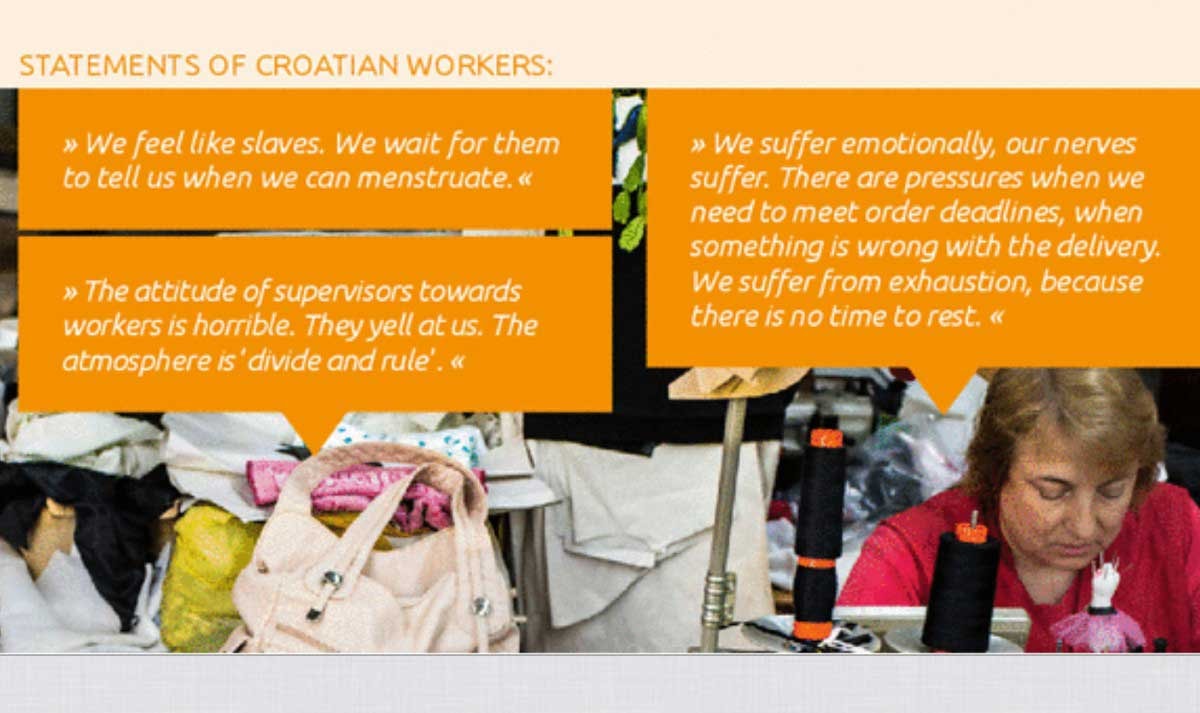 Other human rights abuses stated by workers include forced labour, for example in the investigated suppliers to Esprit, Gerry Weber and Hugo Boss in Ukraine, Croatia and Bulgaria, as well as repression of trade union rights, especially at the Bulgarian Hugo Boss supplier.

Wages far below a living wage are the main problem

According to the Clean Clothes Campaign and Bread for the World, the low price that German apparel brands and retailers pay to suppliers for their orders is at the heart of the problem. “In the future, clothing brands and retailers should negotiate and sign legally-binding, enforceable agreements with worker representatives that require the payment of significantly higher prices to suppliers, affording them the financial capacity to pay a living wage that covers the basic needs of a worker and her/his family, including savings,” concludes the investigation.

Sadly, not much seems to have changed in terms of working conditions in Eastern Europe over the course of the years: “While garment production shows a reality of human rights and labour law abuses, fashion brands and retailers like Hugo Boss, Gerry Weber and Esprit engage in multistakeholder human rights initiatives, and also use certificates for fair and sustainable production. Over the past 20 years, these voluntary initiatives have been unable to systematically change the dire situation facing garment workers. Contrary to all the voluntary commitments made by fashion brands producing in the region, we found evidence of constant violations of labour law and human rights,” found the Clean Clothes Campaign and Bread for the World.

They therefore demand legally enforceable, binding and mandatory Human Rights Due Diligence legislation for fashion brands and retailers who have a responsibility to ensure that human rights are protected along supply chains in accordance with the UN Guiding Principles on Business and Human Rights, which were endorsed by the UN Human Rights Council in 2011. However, based on observations by the Clean Clothes Campaign over the years, brands, if they engage in voluntary initiatives, do not take the necessary measures to effectively protect workers’ rights in their supply chains. 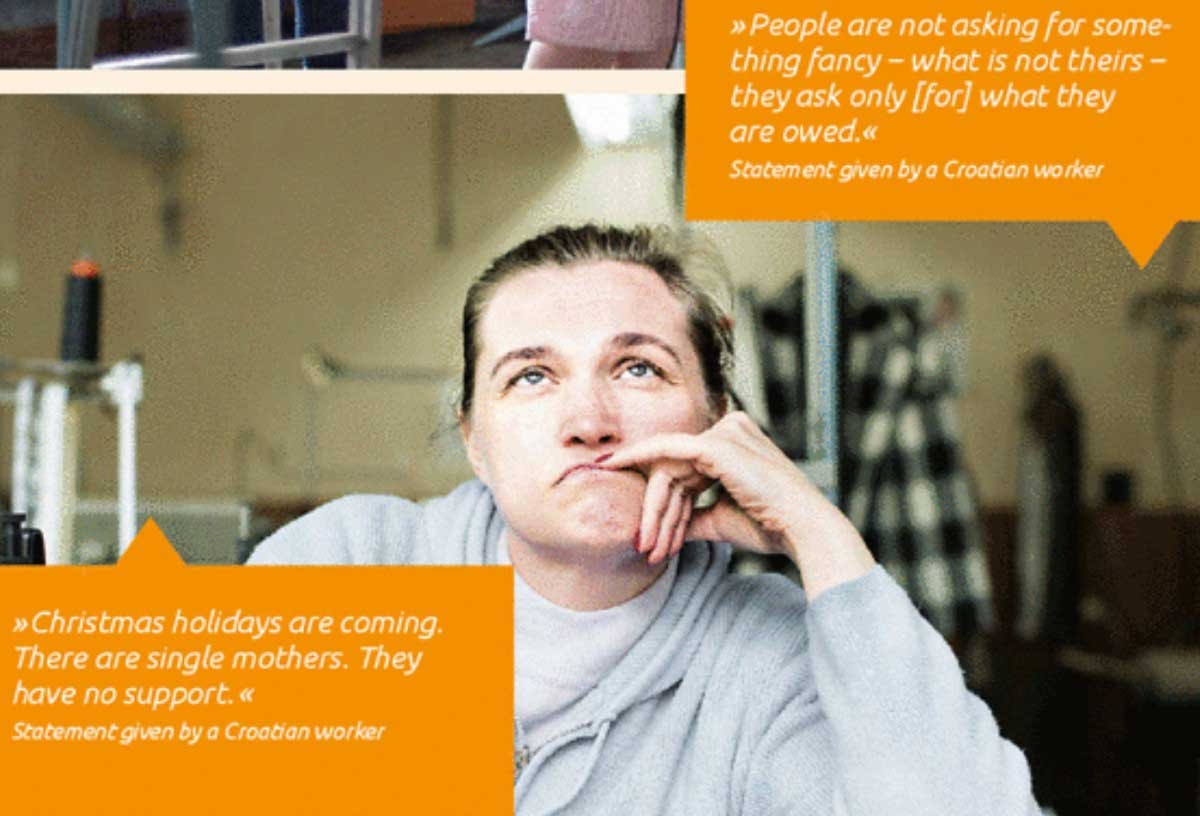 Supply chains must be able to withstand a crisis

“The massive human rights abuses show that voluntary initiatives of brands and retailers are failing, with no real change in the last two decades, in spite of calls for action. National and international human rights and workers rights laws continue to be flouted, even by member states of the EU. Governments and the European Union must adopt appropriate legislation for brands and retailers to implement human rights in their global supply chains. Until there is a strategic means of tackling this issue, there will be tens of thousands suffering in global brands' supply chains,” comments the Clean Clothes Campaign’s Bettina Musiolek.

This is particularly true during the current coronavirus pandemic: It has led to weeks of store closures for retailers and has decreased consumer demand. As a result, brands and retailers are sitting on 'old' goods and have cancelled or postponed orders. This means a real crisis for garment-manufacturing companies as they are already working with thin margins. Cancellations of orders mean that factories have to (temporarily) close down and lay off workers, usually without compensation. Brands and retailers must therefore stand by their commitments and pay fully and quickly for current, finished and in-production orders.

FashionUnited has contacted the German clothing companies mentioned in the report and asked for a statement. We will publish these in response to the research as soon as they have been received.


Photos: Yevgenia Belorusets; illustrations via “Exploitation Made in Europe”