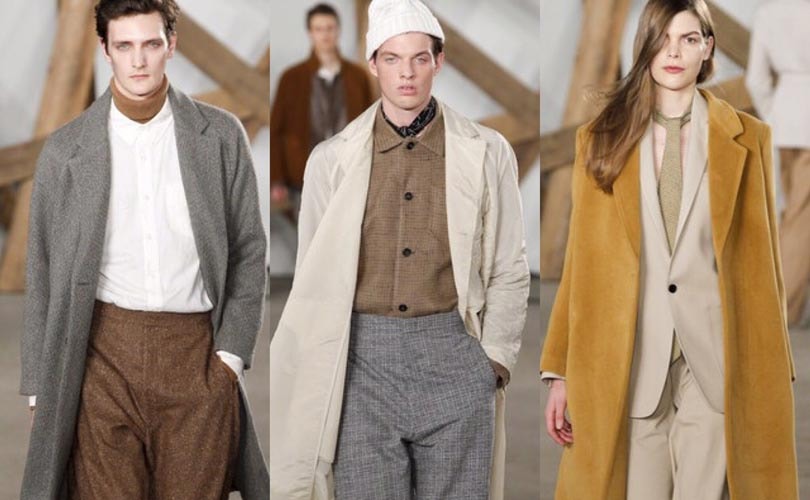 Ever since the Council of Fashion Designers of America launched New York Fashion Week: Men’s, a standalone showcase for American men’s fashion, the world's fashionable eyes have been tuned to the northern hemisphere. Over the past five years the men's market has seen greater growth then womenswear, with a men's only fashion week being the next logical step in what is now a near 65 billion dollar annual industry. Below FashionUnited's top 5 highlights of New York Men's Fall '16 collections:

Public School stayed true to their name, allowing both consumers - 'the public' - and press and buyers attend their AW16 catwalk show.The designers took inspiration from Nicolas Roeg’s 1976 film, The Man Who Fell to Earth, starring the late David Bowie, as an alien who wanders the Earth in search of water for his home planet. Staging the show both inside and outside, was a clever usage of theme, but the real impression were the clothes, which were a dream in outerwear: zip-up blazers, bomber jackets and utility prints. Heavily quilted separates and Velcro closures on oversized outerwear reinforced a protectionist, outdoor-influenced spirit 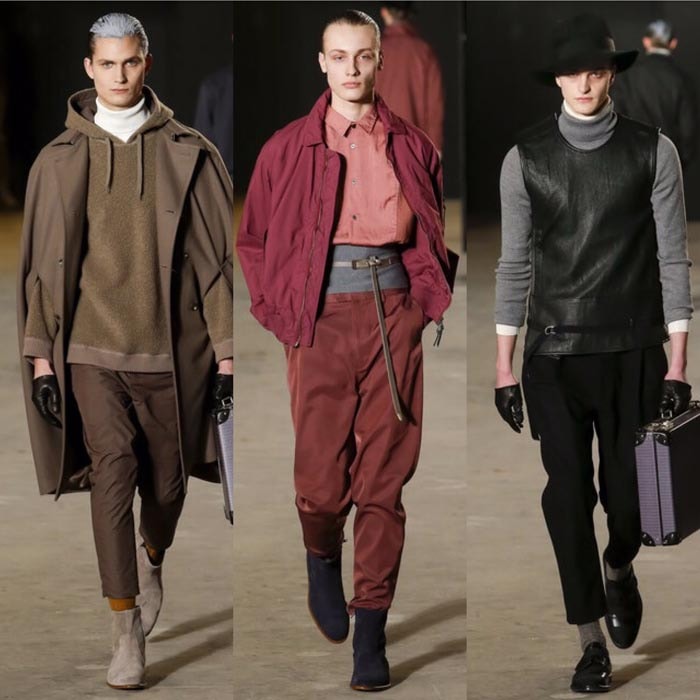 The novel The Grey Gentlemen (a story of men in grey suits who come to a small town to suck the colour out of locals) inspired the moody dark-to-light palette of Robert Geller's collection. Loose, urban silhouettes were bathed in deepest black to neutral ecru shades, followed by hues of aubergine, plum and mustard. Subtle textures elevated looks; tailoring was rendered in mohair while outerwear boasted a satin-infused sheen.

Daisuke Obana looked to strenuous situations and the kind of climates that push the limits of the human condition when designing his A/W 16/17 collection. A collaboration with outdoor brand Mountain Hardwear saw technical blend materials meet signatures such as oversized bomber-inspired silhouettes and collarless jackets. A cool palette of grey through to black was highlighted with pops of hazard orange and fluoro brights. 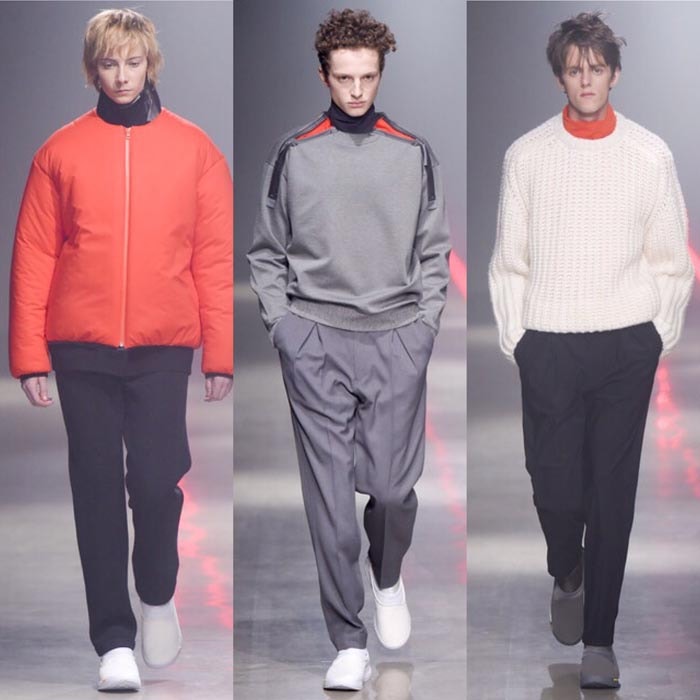 "Uncomplicated luxury" were key words cited by Billy Reid as put aside his vivacious textile development to present something more refined this season. Soft silhouettes and sophisticated volumes were rendered in a buttery, neutral palette while fabrics looked natural, raw and nubby. Lightly constructed topcoats and loosely tailored trousers added a sense of movement, while inside-out styling brought a contemporary twist.