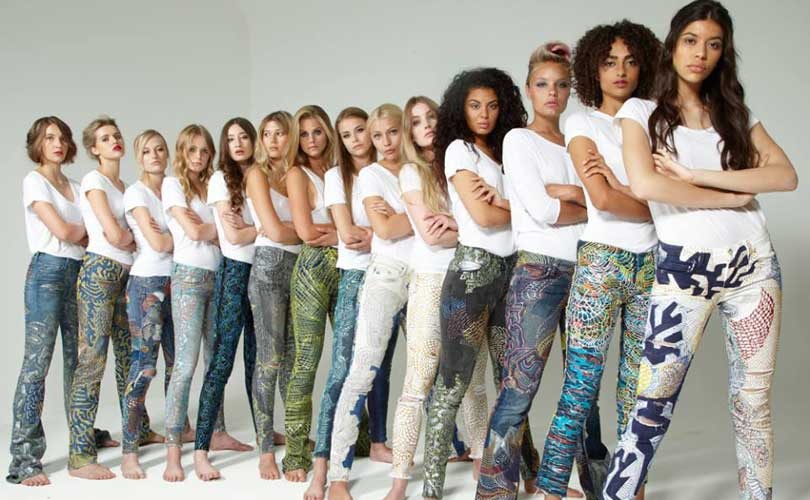 The world's refugee crisis may sound far removed from fripperies of fashion, but one US designer used a New York catwalk Thursday to drive donations for the millions fleeing war and poverty.

Ohio-born designer Johny Dar, mastermind of the global initiative "Jeans for Refugees," showcased a select number of hand-painted jeans at New York Fashion Week which are to be auctioned off for charity next month.

A string of A-list models, actors and musicians have donated pairs of denim, which Dar has then fashioned into one-off couture pieces by painting them with a series of intricate, psychedelic designs. 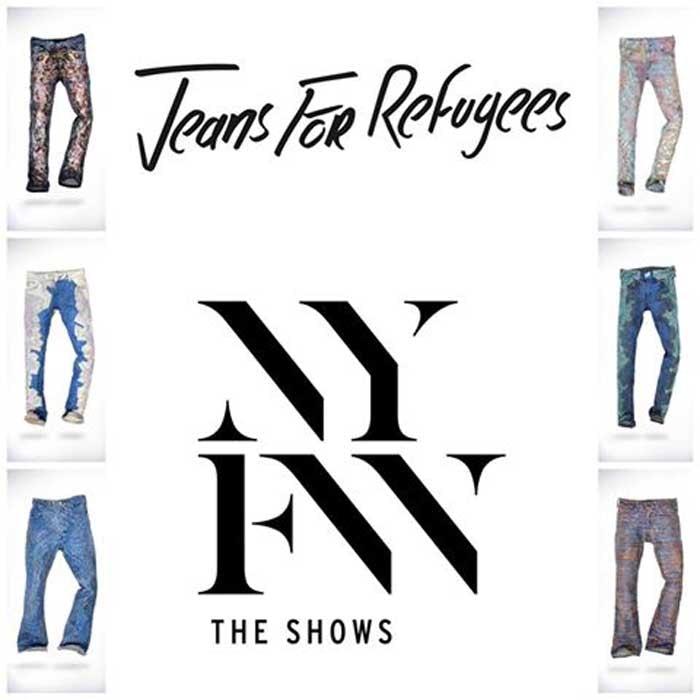 The show may have been sparsely attended, but a three-piece band whipped up passion and fervor as models sashayed down the runway, the women strapped into stilettos and the men sporting oiled torsos.

In total 100 pairs of jeans are being sold online and proceeds donated to the International Rescue Committee, the New York-based charity headed by former British foreign minister David Miliband.

All the jeans will be exhibited at London's Saatchi Gallery next month before the auction concludes. Among those to grace the New York catwalk were pants donated by Claudia Schiffer, Ozzy Osbourne and Sharon Stone, the label said.

Stone's jeans have already attracted a bid of 5,500 US dollars at catawiki.com with another 51 days before the auction closes.

The world is in the grip of the worst refugee crisis since World War II with more than 65 million people fleeing wars and poverty. The UN Children's Fund also said Wednesday nearly 50 million children worldwide have been "uprooted" from their homes by war, violence or persecution.

Europe's high-profile migrant crisis is just part of the growing tide of human misery led by Palestinians, Syrians and Afghans. Nearly five million Syrians have fled their country since war broke out in 2011. The United States has committed to resettling just 10,000 this year in an issue that has inflamed the US presidential election. (AFP)