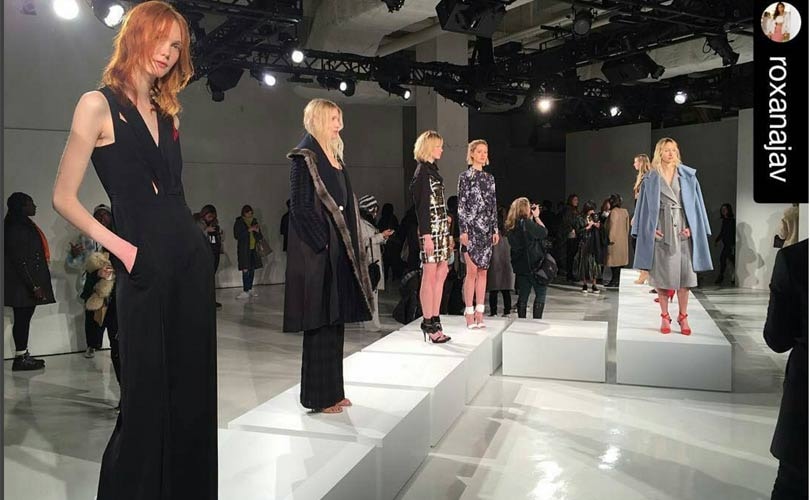 New York Fashion Week: the rise of Asian influence and designers in fashion

Asia has become a major focus for fashion and the luxury market in the past year. This season at New York Fashion Week, several Asian-American designers had the privilege of showing their collections, and proved that Asian-Americans and the Asian market have become key power players in the fashion industry.

Tadashi Shoji's collection was described as a remix of body ornamentation. The designer took his inspiration from tribal body painters, and never has tattoo printed clothing looked so good. His first look was a black/nude long sleeve tattoo-motif printed mesh bodysuit and black crepe belted wrap mini skirt. Bodysuits aren't easy to design in a sophisticated or artistic way, but Shoji's skills in the realm of creative design shined through keeping it elegant and classy. 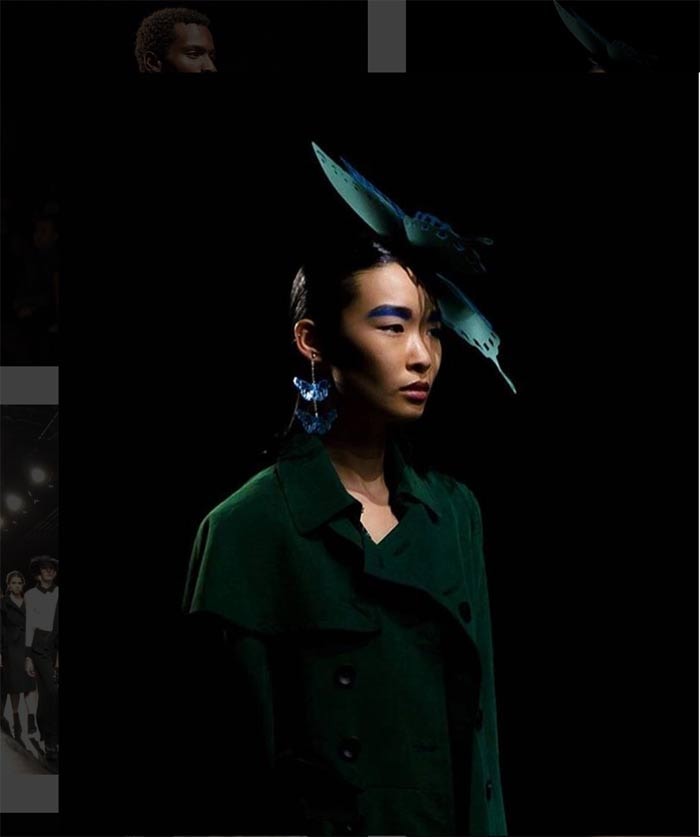 This season, the Hong Kong Trade Development Council sent three local designers to take part in New York Fashion Week for a program titled Fashion Hong Kong. The designers sent an explosion of colors down the runway, and reminded us that Italy and the U.K. aren't the only countries with exceptionally skilled tailors. The motivation behind sending these designers to show at NYFW was to help broaden their U.S. market base, which what better place to do it than the most high-profile week on America's fashion calendar.

One Asian-American designer who actually took his inspiration from Victorian England was Minsoo Chung of O'2nd. The designer's passion for vintage was displayed with sophisticated items such as a cut-out detail long sleeve jacket, a gazelle fur front shoulder cut-out top, and a mink fur trim tailored coat paired with black plaid straight leg pants. Chung also took inspiration from American artist Frank Stella's black and white artwork, hence the use of so many neutral colors in his collection.

There is greatness to be made when artistic inspiration is taken from all over the world to influence a designer as skilled as Chung, and this collection is proof of how great it can be.

The designer who brought about an excellent finale to the day was Demi Park of Demoo Parkchoonmoo. Park first came to the attention of the American market back in the day when she showed at Concept Korea, and this season she has continued to find inspiration in traditional Korean garb. The collection is an homage to the designer's mother, and resulted in more use of color versus the usual black and white she is known for.

This season, colors like gold, burgundy, camel, and eggplant were selected to be worked into looks like wide, long skirts and an empire-waist evening dress. She also made use of luxurious materials such as mink, cashmere, and alpaca. For Park, the goal was to exude glamour and self-confidence through clothing all while giving Korean inspiration and style a place on the runway. These were all goals she accomplished successfully.

The growing Asian market and number of Asian-American designers is slowly bringing a fresh and diverse voice to New York Fashion Week on the runways, and a much appreciated voice it is.
hongkong new york fashion week Tadashi Shoji