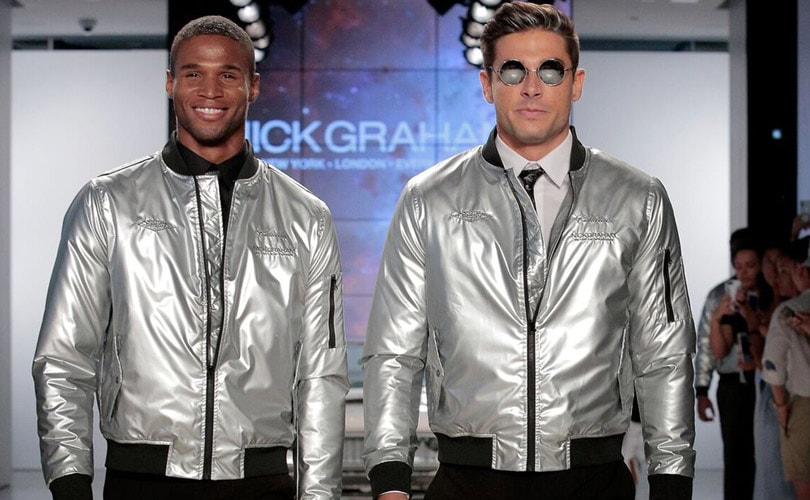 Every season it’s a wonder where Nick Graham will take us next. Well welcome to 1969, as Graham aptly titled his spring/summer 2019 collection for New York Fashion Week: Men’s.

“1969 was one of the most transformational years in our history, a year that had not only the first landing on the moon by Apollo and hosted Woodstock, both pretty pivotal events in our culture,” Graham said in a statement. 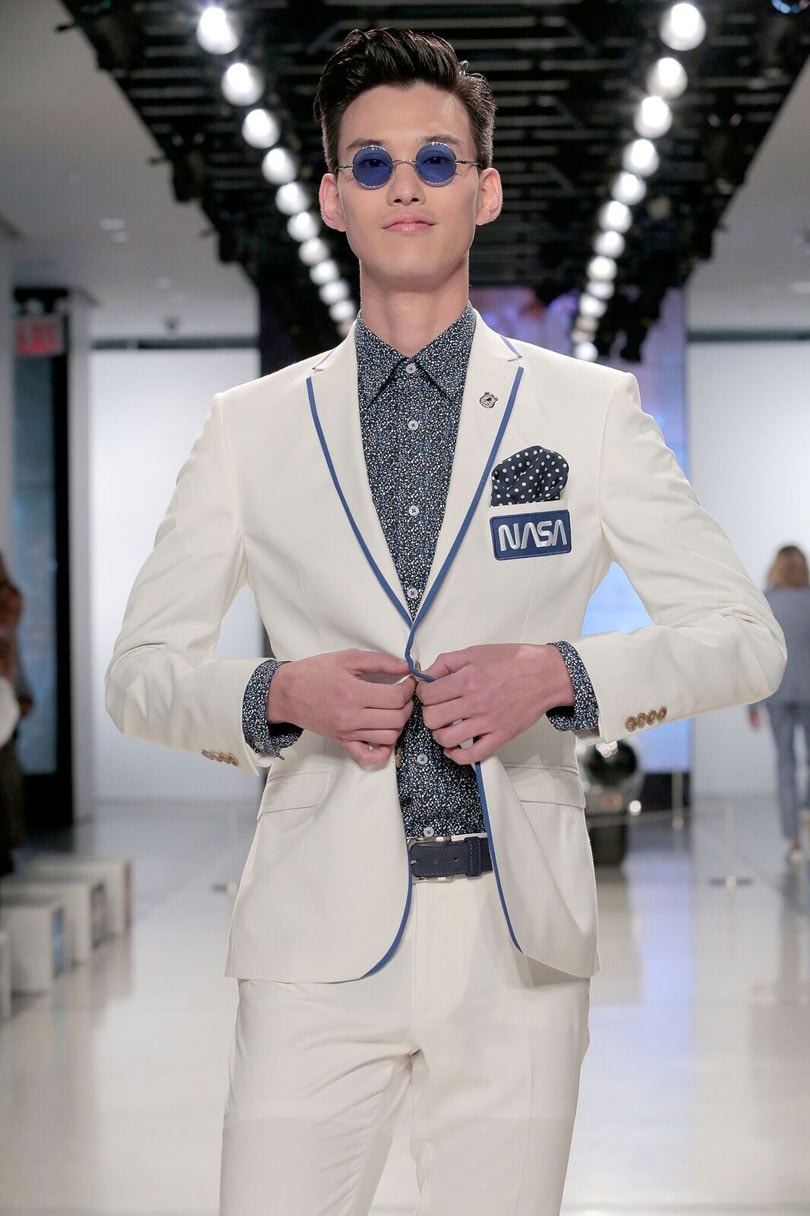 To that end the collection featured astronaut inspired jackets, an homage to Apollo 11, commander pants, and what Graham is fondly calling “space suits”, tailored suits with updated trims for intergalactic journey. This isn’t the first time Graham has taken us beyond Earth’s borders. For fall/winter 2017 he explored life on Mars for his theme.

Nick Graham welcomes us to the sixties for NYFW: Men’s

This time, he took the Mars idea a step further and did it differently. A black t-shirt had the words “Future Martian” emblazoned across it. Blazers also had the NASA emblem on them, jackets were done in silver metallic finishes, and suiting pieces didn’t shy away from being shiny. 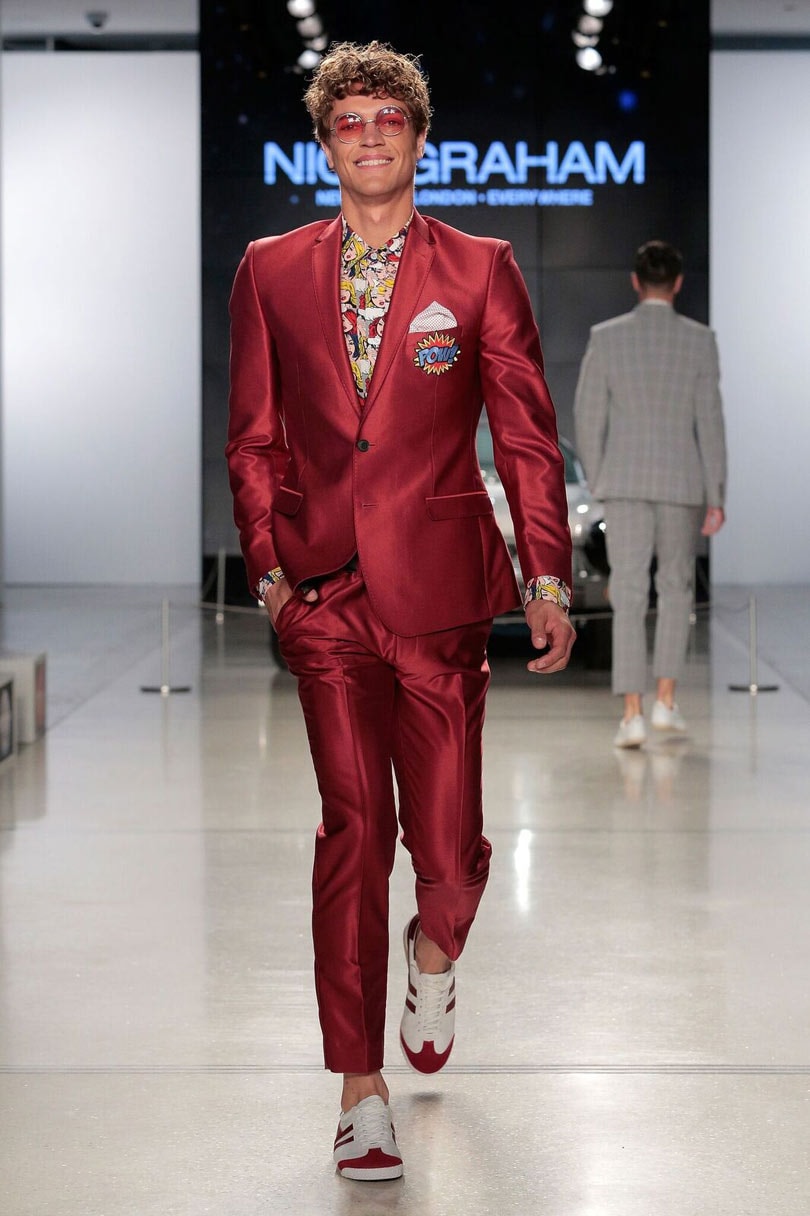 There were also references to pop art and comic books with emblems in comic sans font saying words like “POW!” on the pockets, and Comic Sans onomatopoeia phrases were used for an all over shirt pattern, as were comic book character faces.

While his contemporaries have been playing on 90s and early 2000s nostalgia, Graham set himself apart by taking it all the way back to the 60s. He still held true to his brand aesthetic and DNA with tailored suiting pieces, window pane checks, and perfectly proportioned lapel collars. 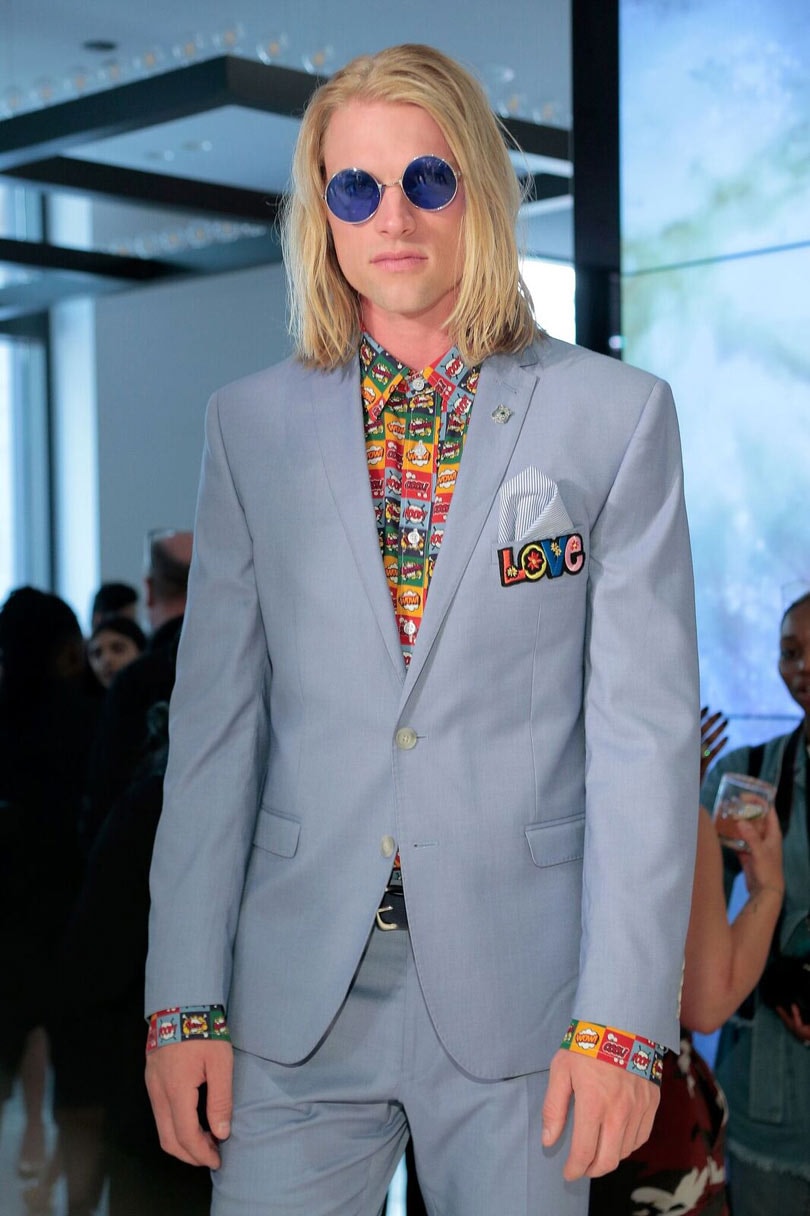 The show closed with a company of kids dancing down the runway in “Future Martians” T-shirts. It was a fitting ending for a show rooted in the past with futuristic details to the clothes. After all, the children are the future.