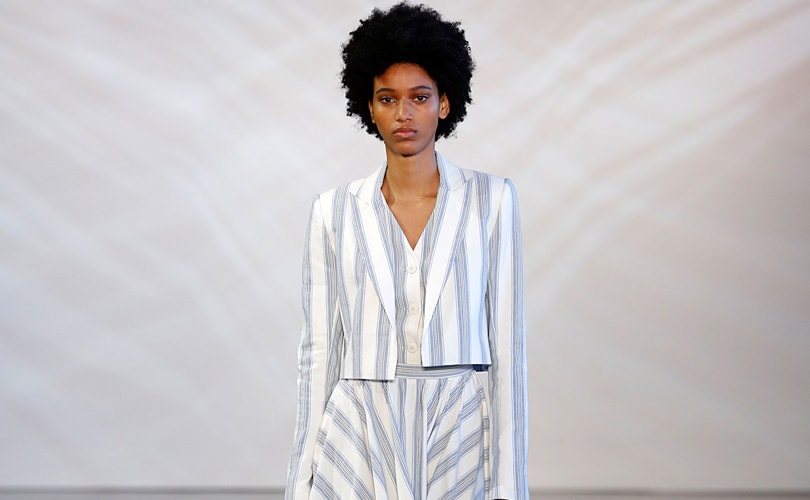 Noon by Noor continues to find inspiration in Bahrain

For their spring/summer 2019 trip, designers Noor Rashid Al Khalifa & Haya Mohamed Al Khalifa took us to Bahrain again. This time they were inspired by the landscape of dunes, sea and sky resulting in a color palette of sand, pink sand and blue haze, with neutral tones of black and white mixed in. Colors worked as tone on tone in the textural palm print as well as the second print, a hand drawn stripe offered in a combination of two opposing color ways. 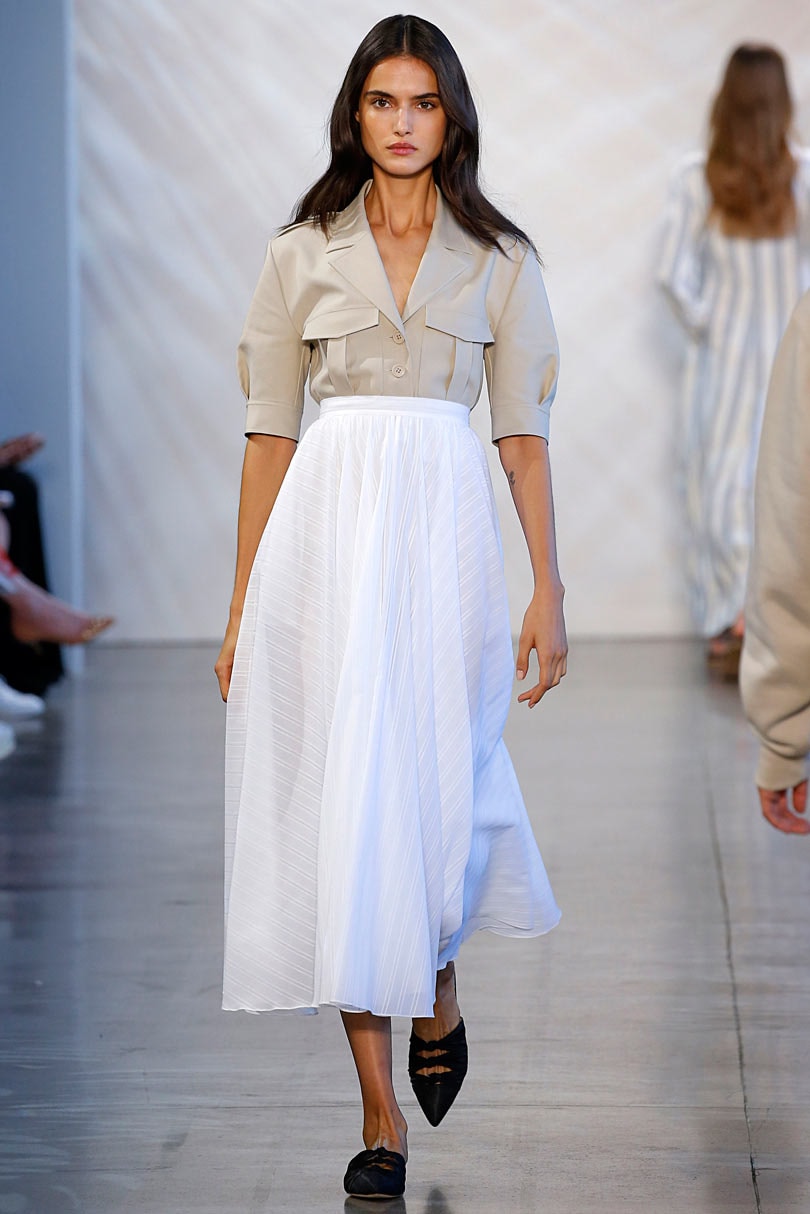 Silhouettes are influenced by traditional Middle Eastern costume, which helps with the manipulation of the body. Think of many things has having a trompe-l'oeil effect, giving illusions around the body. There was a new take on minimalism with pieces such as planes of striped striped cloth, tucked and folded to offer distorted optical patterns. 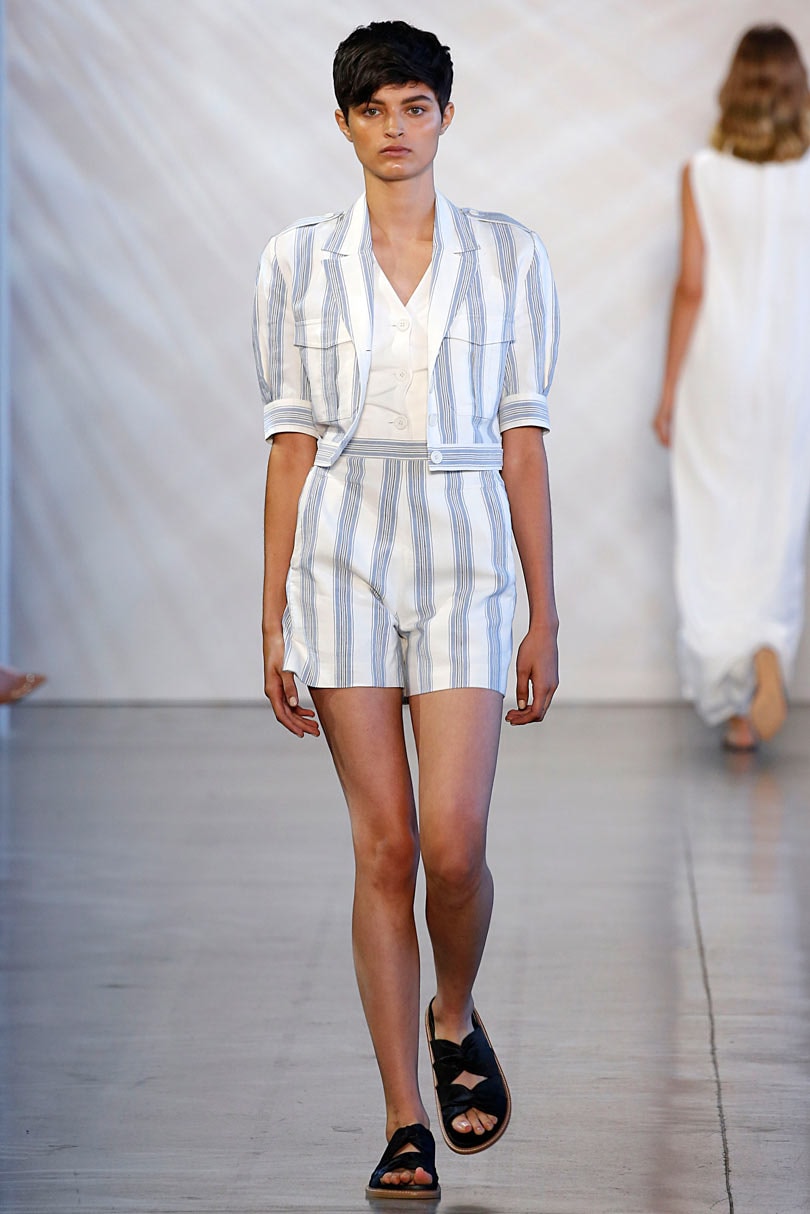 The defining moments were in the details. Stripe weaves, mini pleats, accent Dobby weaves and fringes all spoke to the craftsmanship of the two designers. Sunray pleating was seen in tops, skirts and dresses inspired by the palm leaf. As usual, tailoring was a big focus of the collection, as the masculine and feminine was contrasted to the create a fusion of masculine tailoring with feminine drapery. 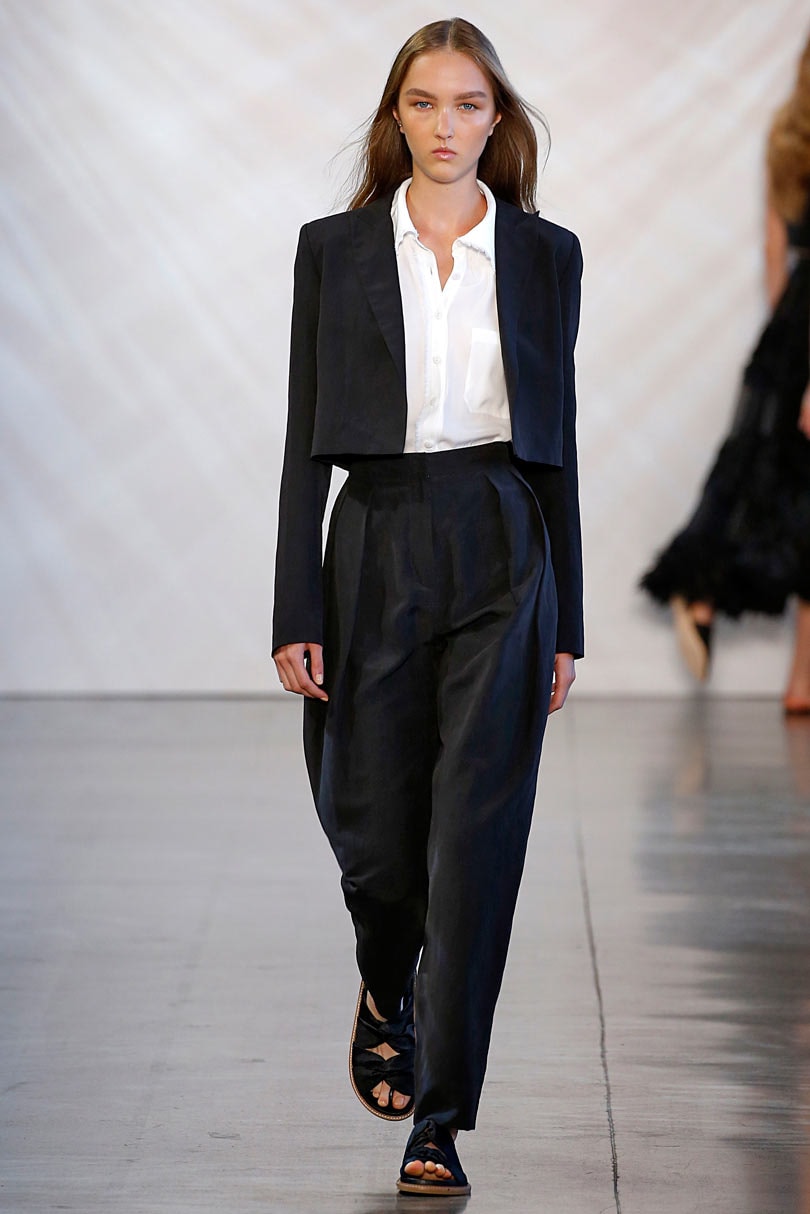 Overall, it was a collection true to their brand identity, their culture, and their approach to modernism. 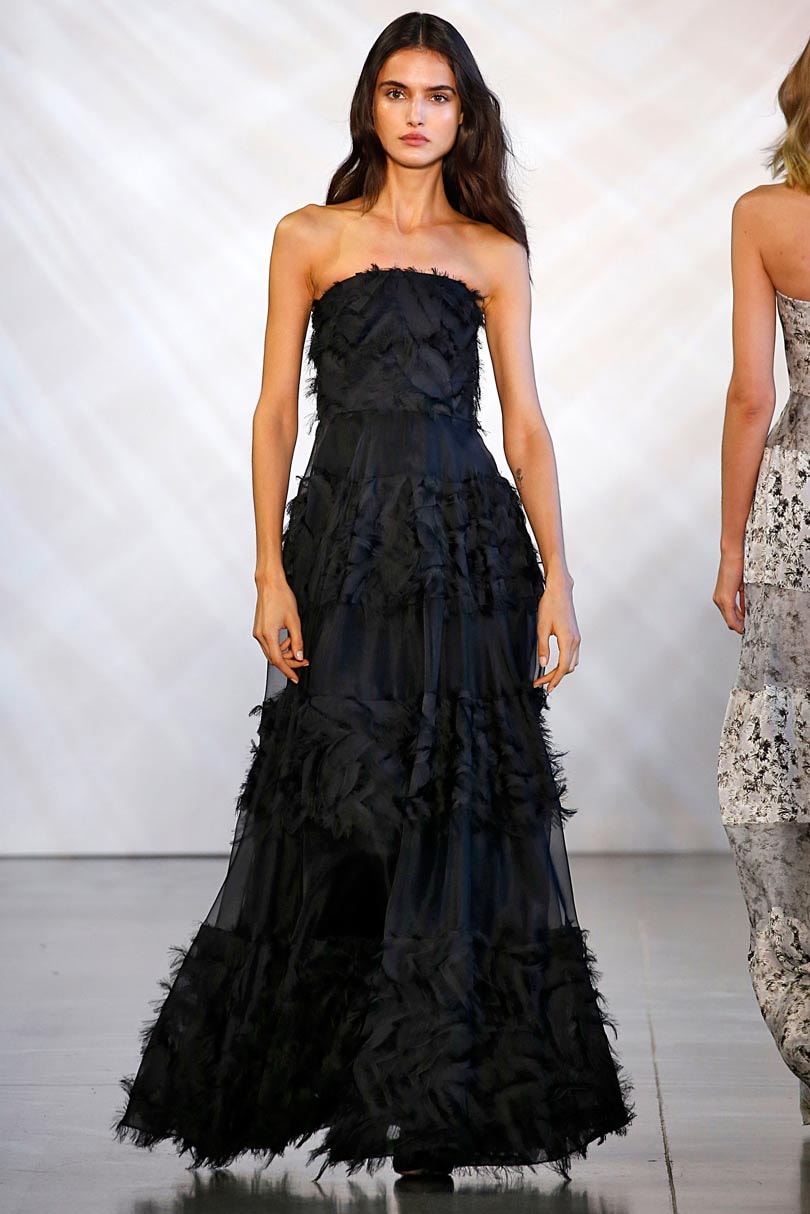